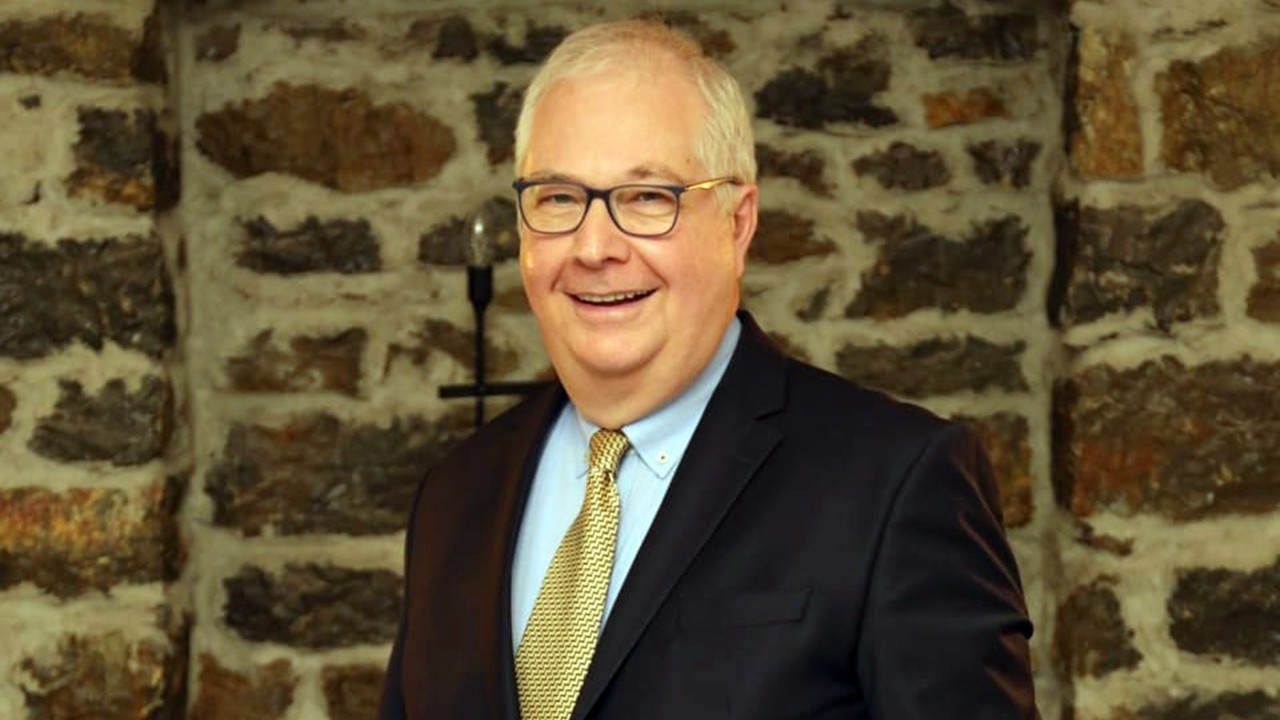 DOĞAN SELÇUK ÖZTÜRK
● Mr. Murat, can we get to know you briefly?
I was born in Istanbul Laleli. A significant part of my childhood was spent in Laleli and summers in Göztepe. That’s why I’ve collected a lot of memories about this city. I went to middle and high school at Robert College. I graduated from Boğaziçi University as an industrial engineer. I did my master’s degree in finance at the same university. My business life started the day I left the house we live in Göztepe early in the morning and without my father’s company – because my father wanted me to go to work on my own – I took the suburban train back then, crossed Haydarpaşa to Karaköy, and reached Mahmutpaşa over the bridge from Karaköy. In Mahmutpaşa, I learned from masters who are older than me to develop products in textile trade, to negotiate, to distribute and collect, to pack and transport, to go to Anatolia, to keep a bookkeeping, in other words, everything that an artisan can do under the conditions of that day. I did not learn these in Boğaziçi. The knowledge set I learned at the university is also very valuable, but every day I come back to the basic knowledge I gained in Mahmutpaşa.

I CAN STAY WITH MY FATHER IF HE HAD THAT COMPUTER

● But later on, you evolved in a completely different direction in terms of business…
My father started to send me to Anatolia. For orders, delivery of goods, collections etc… We used to go by bus at night, arrive in a city in the morning, handle our business in that city until noon, and then take another bus and move on to another city. I didn’t like this uncomfortable life, my father also looked at me that I don’t like it very much. I wish he had. Because in those days, I was learning that the commercial life was uncomfortable and that sales and trade were actually a very painful business. I think it’s a little off. In those years, the Commodore 64 (the first portable computer) had just been released. I took my father on my arm, we went to Mecidiyeköy. “Instead of spending money on these, let’s make two sales, we’ll make more money.” said. “Dad, this is the future of this business,” I said. He didn’t. Years later, he bought a computer at home. He also learned to use it perfectly. He has a blog with a lot of visitors. “I made a big mistake then, Murat said, by not buying a computer.” If he had bought that computer, I would probably have stayed with my father because I believed in technology so much. Now I’m saying, did he do the right thing by not taking it? Because it made me another business owner. I also believe that there is so much benefit for well-educated children to do the work of their families; they can improve a lot. When good education and accumulated experience and infrastructure come together, you may gain decades in business life. Unfortunately, we are not a very successful country in transferring jobs from parents to children.
● How did you get into the real estate business, was the field of commercial real estate a conscious choice?
I did my post graduate military service. Then I entered Pfizer because I wanted to see professional life. I had two years of experience, first in the planning department and then in the product manager. After Pfizer, I started a joint computer business with a friend of mine, we got caught in the 94 crisis. Since then, I have always minimized the currency risk. By transferring the business to my partner, I decided to move to an area that does not need capital, a service area. I signed the Maslak representative office of Turyap in 94. Two years later, we parted ways with Turyap, but we are still in contact with its founder, Mr. Azmi.

FROM FOREIGN CUSTOMER RUSH, WE BECOME BACK TO OUR OWN PEOPLE’S NEEDS

● What made your business grow?
We did local business from 1994 to 2005. There were jobs to rent warehouses to companies we knew, their land sales, etc. Meanwhile, Turkmall was established and started to build its first shopping centers. Then Turkmall became our customer. In 2005, my old colleague and still good friend Mehmet Ali Ersoy said, “I got a job offer from Turkmall. Is it okay if I wrap things up here and go?” “Okay” I said. Then we learned that Turkmall was actually bought by Europe’s most important shopping mall developer Multi. Mehmet Ali took a really fast pace and his work started to reflect on us. Other foreign-owned customers also participated in this. Our first leap was entirely with the entry of foreign capital. Because the wages they gave were in European standards and the wages we received were quadrupled. Although we retreated a little with 2008, we achieved the second acceleration between 2012-2016. A company has to be profitable every year, so is Mahmutpaşa. So if you write a loss for 2-3 years, they will send the man from the market. However, I see now that many of our young friends are not after much profit in the companies they manage. They are looking at their own personal income. After 2016, life opened a second page for us. Until that day, we have always pursued the goal of growth, turnover, and more employees, but after 2016 we have always pursued profits. Frankly, these last 5-6 years have revealed the necessity of returning to the needs of our own people from the profligacy of foreign customers. While I did not go anywhere in Anatolia for a very long time, I went to many places. Our team adapted both to the needs of the new customer group and to their geography.

LESSONS ARE SOMETIMES VALUABLE THAN MONEY

● Do you have an unforgettable property sale story?
7-8 years ago, we were authorized to sell some properties of a bankrupt electronics company that is no longer in the market. We had a lot of conflict with the other party’s lawyer during the contract. He draws it, he changes it. We also received the opinion of our lawyer, we felt that we were protecting ourselves as much as possible, we signed the contract and some of those sales were realized. We wanted to cut our bill, the boss is not there. Don’t bill, they say there is no money. But we know there is money. There is a sale, so if there is nothing, the sale has money. I told our lawyer to sue. The lawyer of the other party sprinkled such words that we were wrong where we were one hundred percent right. Our lawyer said, “Let’s appeal this. “No,” I said, “let’s not take it. I learned my lesson. I will never sue anyone again. I will do business in such a way that I will not sue, I will work with quality customers. If we still don’t get our money, I’ll write it down. It will be a lesson to me.” After that, we did not give up on this motto. Sometimes lessons are more valuable than money.
● Did you also do shopping mall business?
We took an active role in the sale of Cevahir, which is probably one of the biggest sales when you look at it as a “single asset”. 750 million dollars. It consisted of two parts, one related to the municipality and the tender part, and the other part received from the family. The municipality had been checking for a buyer for a while, when it saw that our customer was a buyer, it went out to tender. At the end of the tender, of course, all the press wonder what happened inside, who bought it. The buyers were Kuwaitis, but there were no Arabs around since they had taken over the British company. When I stepped out of the bidding hall, I had an information note in my hand, I think my friends jumped on me because I was British, partly because of my appearance. When I answered in Turkish, they realized that I was not the right man and went after the British. I just dealt the cards. (laughs)

● At the beginning of our conversation, you mentioned that you learned a lot in Mahmutpaşa. Is there a lesson you remember very clearly about here?
We had a client, Mr. Fahrettin from Silivri. He was also a close friend of my father. One day he was buying goods from us. They were joking with my father while the package was being made, and he had a very nice hat. My dad joked, “Your hat is beautiful.” Ten days passed, Fahrettin Bey came again. He didn’t have a hat that day. And I was a bit empty and said, “Fahrettin brother, your hat suited you very well. You didn’t wear it today.” I said. I was met with a very stern look from my father from afar. I stopped right now. Although, Fahrettin Bey was very welcoming. He passed it off as he stayed here or something. After Fahrettin Bey left, my father called him. “How dare you ask such a question to our customer?” said. “Not suitable for his age or position…” I took the following lesson there. It is necessary to be careful about intimacy with the customer, and I still try to address him as you, even if he is my customer friend. I think we lose something when we move to the customer and you dimension.

We cannot express ourselves very well.

We had a customer’s place between Gebze and Çayırova. We knew that the neighbor next door was also intending to go there. Anyway, we got the authority, we went to many places. We went to him too. He wanted us to show, meanwhile he was vilifying us about the place. Then he called several times to see if there were any other suitors. Another day he asked us to take it to the owner. I was at the very beginning of my career. We went together. Well, they agreed. He asked the price of the service next to the seller and gave approval to the number I said. But he didn’t give us that money! Our profession, when you look at it, looks like a profession where you bring two people together and earn a lot of money. If you are a real buyer, maybe you get it by meeting for 15 minutes and you pay us. However, we often try for months to realize that sale, respond to hundreds of people, show tens of people, and receive many offers. Unfortunately, our job is a job that is not appreciated and understood well in Turkey, and we cannot express ourselves.