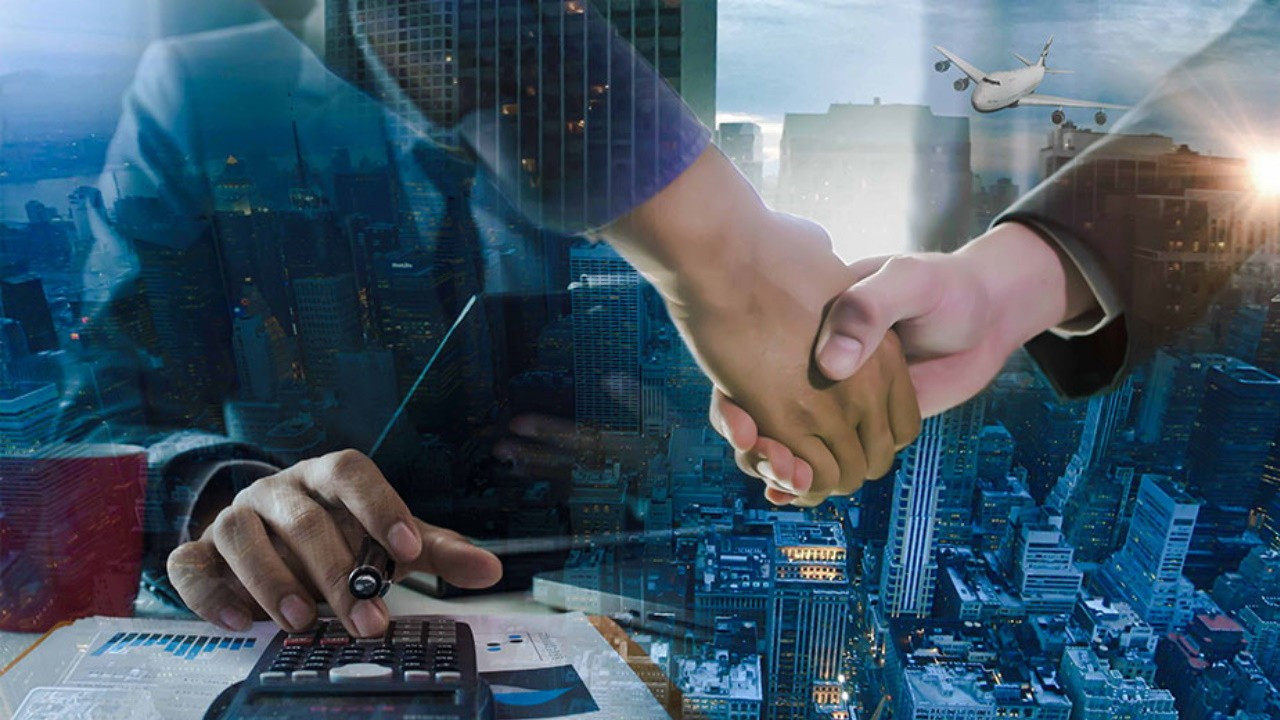 57 countries that are members of the Organization of Islamic Cooperation (OIC) aim to close the trade deficit, which reached $63 billion last year in the halal economy sectors, by improving inter-member trade. According to the statement made by the Islamic Trade Development Center (ICDT) and Dinar Standard, the OIC Halal Economy Report 2022 prepared by DinarStandard, a US-based research and consultancy firm commissioned by ICDT, a subsidiary of OIC, was presented to the ministers of OIC member countries in Istanbul. announced at an event. According to the OIC Halal Economy Report 2022, OIC member states imported $338 billion in halal economy products compared to $275 billion in exports last year. The sectors leading the foreign trade deficit of 63 billion dollars; food, apparel, medicine and cosmetics. The OIC Trade Development Center, on the other hand, developed strategies aimed at closing the 63 billion dollar trade deficit by further developing trade between Islamic countries. While 18 percent of OIC halal economy imports are made from OIC, only Turkey, Indonesia and Malaysia managed to be among the top 20 exporters of halal economy products. Turkey, which stands out as one of the three countries with the capacity to produce and export more than 20 items in halal economy products, together with Malaysia and Indonesia, is expected to play an important role in closing this gap. Actionable strategies for building national economic resilience include localizing halal production and launching accelerator programs. Intra-OIC cooperation requires establishing economic partnerships and facilitating halal certification. It focuses on research and innovation, emerging technologies and capacity building. It includes the promotion and awareness of the halal economy, the support of SMEs and the organization of trade fairs. Attracting and facilitating investment includes the establishment of investment promotion agencies and stakeholder collaborations. The report also includes industry-specific strategic and tactical advice for industry stakeholders and investors.
Consumers spent $239 billion on ready-to-wear According to the OIC Halal Economy Report 2022, spending on food by consumers in Muslim countries reached $1.07 trillion last year, and this figure is expected to rise to $1.5 trillion by 2026. This growth offers a strong window of opportunity in production, investment and exports among OIC countries. There is a high consumer demand for healthy, halal and organic food products. OIC countries are dependent on imports in the food, pharmaceutical and cosmetic sectors. While the OIC countries imported 13.65 billion dollars in cosmetics in 2021, they exported only 4.4 billion dollars. According to the report, Indonesia imports 12 percent of scented products from the United States. However, it can meet the same need from another OIC member state, Egypt. While OIC’s cosmetics expenditure will be 47 billion dollars in 2021, it is estimated that this figure will reach 69 billion dollars in 2026. Islamic countries exported only $5.31 billion worth of pharmaceuticals in 2021, compared to a total of $56.93 billion in imports. The negative trade balance in pharmaceuticals was $51.62 billion. This coincided with the highest net imports of the last 5 years. However, it is observed that OIC countries have started to improve themselves in local vaccine development and local drug production. OIC member countries made imports of 34.96 billion dollars, against exports worth 101.94 billion dollars in the apparel and footwear sectors last year. A positive trade balance of $66.98 was formed. OIC member states may procure products from other members in apparel. According to the report, Saudi Arabia imports 12 percent of T-shirts from India. These can alternatively be obtained from Bangladesh. Consumers living in the OIC region spent $239 billion on ready-to-wear in 2021. These expenditures are expected to reach $361 billion by 2026. Islamic finance is projected to reach $4.82 trillion by 2025 Islamic finance assets in OIC countries were worth $3.32 trillion in 2020. It is estimated that this size will reach 4.82 trillion dollars by 2025 with an annual growth of 7.8 percent. While travel is one of the sectors most affected by the Kovid-19 outbreak, OIC governments have started to support tourism companies to revive the tourism sector. Meanwhile, in terms of investments, OIC member states received a total of 180 investments in 8 sectors of the halal economy, with an investment of $7.9 billion in 2021. OIC Halal Economy Trade and Investment Index The report includes OIC member countries’ global and intra-OIC business activities in halal-related sectors, as well as the OIC Halal Economy Trade and Investment Index, which lists the country’s attractiveness for investors. The index consists of 61 criteria organized into 5 components for each of the 8 sectors of the Islamic economy. The top 5 countries in the index were Malaysia, UAE, Saudi Arabia, Turkey and Bahrain. “We have been promoting halal economy products and services for 40 years”
Latifa El Bouabdellaoui, Director-General of ICDT, whose views are included in the statement, said that ICDT has been promoting halal economy products and services for nearly 40 years, developing partnerships and strategic alliances between member states, helping to disseminate information about supply and demand within the OIC, helping to improve trade and trade among OIC countries. stated that it is making efforts to facilitate investments. “With this report, we aim to inspire and empower OIC countries to act in harmony, promote inclusive growth and increase the share of OIC in the halal trade and investment ecosystem,” Bouabdellaoui said. Rafi-uddin Shikoh, Managing Partner of DinarStandard, said: “The 2022 annual OIC Halal Economy Report identifies 20 actionable strategies, grouped in 5 strategic categories, for OIC bodies and member states to explore and implement. These categories are national economic resilience building, OIC internal cooperation, promoting the halal economy, raising awareness in the halal sectors, attracting investment and facilitating investments.”