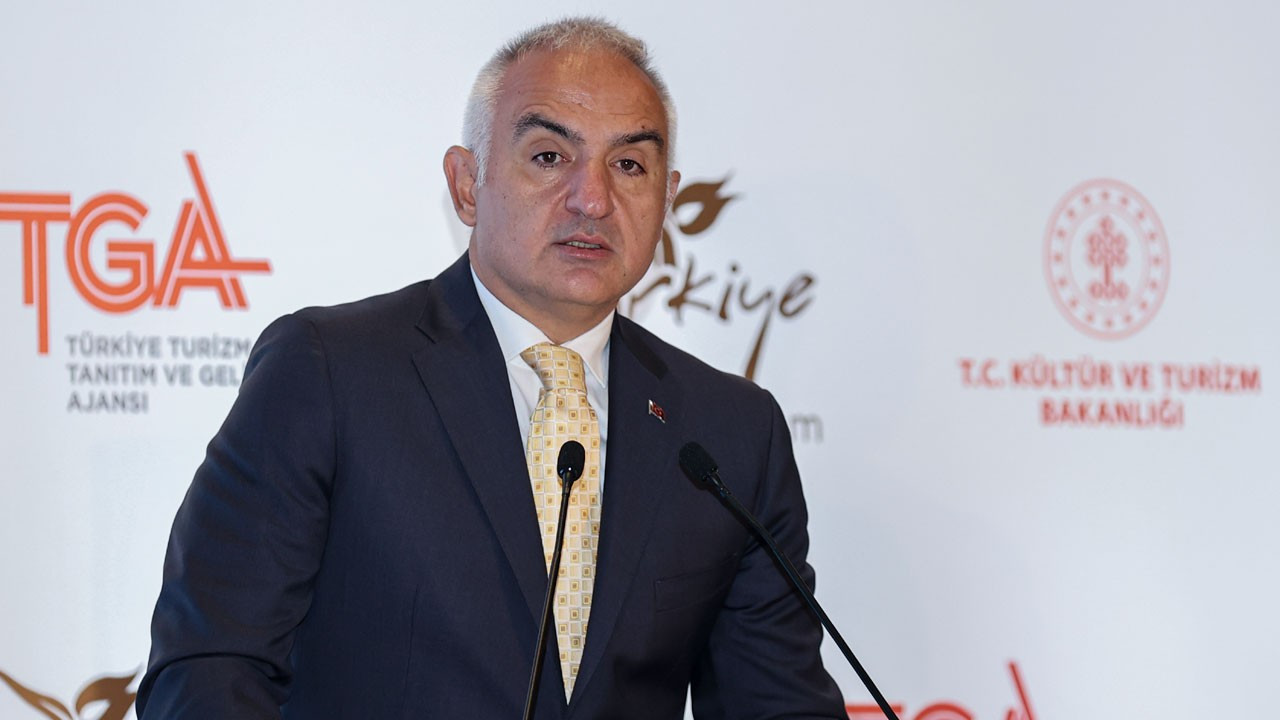 Ersoy, at the opening of the “12th International Resort Tourism Congress” held in Antalya Kundu facilities region, hosted by the Mediterranean Touristic Hoteliers and Operators Association (AKTOB) and under the main sponsorship of DenizBank, said that they achieved significant success in tourism. Reminding that they announced that they revised their 2021 visitor and revenue targets at the said congress last year, Ersoy emphasized that they closed 2021 with more than 30 million visitors and 30.2 billion dollars in tourism income. Ersoy stated that they set out with the target of 42 million tourists and 35 billion dollars in revenue at the beginning of 2022, and that they revised this target as 47 million tourists and 37 billion dollars in July for the first time.
“Most Italian tourists came”
Noting that this was not enough and that they finally made a new revision in October, Ersoy said: “Our new target is 50 million tourists, 44 billion dollars in revenue. Hopefully, when 2022 ends, we will see that we have surpassed these figures. It is important in our tourism income as well as in the number of visitors we host. We have increased our tourism income, which was 12.4 billion dollars in 2002, to 38.9 billion dollars in 2019. The average expenditure per person per night, which was 76.2 dollars in 2019 and 81.25 dollars in 2021, is also expected this year. When we compare our 2022 figures with 2019, we clearly see that we have managed the pandemic process very well and outperformed our competitors.” Emphasizing that in the number of visitors in the first 7 months of 2019 and 2022, Italy fell behind 2019 by 29 percent, Spain by 18 percent and Greece by 12 percent, Ersoy said that they managed to reduce this difference to 7 percent. Ersoy stated that when they compared the tourism revenues of the first 7 months of 2019 and 2022, Italy fell behind the 2019 figures by 13 percent, Spain by 6 percent, and Greece by 4 percent. Underlining that as Turkey, they managed to increase their tourism revenues by 14 percent compared to 2019, Ersoy said: “If our year-end forecasts come true, we will almost close the gap in the number of visitors with 2019. We will achieve an increase in tourism revenues far above 2019. The numbers show us that we, as Turkey, are now in the ‘Super League’ in tourism. We see the countries that do this at the highest level as competitors and we are progressing in line with our goals. We have undergone radical strategy changes since our President declared tourism as a strategic sector. We have always expected support from the state. Yes, the state will continue to provide support, but we said we should move forward much faster together with the sector.” Noting that they established the Turkish Tourism Promotion and Development Agency (TGA) in 2019 with this understanding, Ersoy stated that the agency has achieved significant successes from crisis management to promotional activities. Emphasizing that they made intensive promotions on the national channels of 33 countries throughout the year, Ersoy stated that they signed agreements with global news channels broadcasting in more than 200 countries. “BBC World, CNN International and Al Jazeera International are all on our promotional network. We will also add new channels to this network such as Bloomberg and euronews.” Ersoy said that they are doing digital promotion activities in more than 200 countries.
“We are by far the country with the most intense advertising and PR work in the world”
Mentioning the PR side of the promotions as well as the advertising side, Ersoy noted that in this context, members of the press, influencers, tour operators and opinion leaders from all over the world were hosted in Turkey. Ersoy emphasized that since the beginning of 2022, as of November 2022, a total of 5,860 people, including 3,465 press members and influencers, and 2,395 tour operators, from 85 different countries, participated in 356 separate hospitality events held in 62 cities of Turkey. Explaining that they aim to include all 81 provinces in these entertainments by continuing their work until the end of the year, Ersoy stated that they are currently the country that carries out the most intense advertising and PR work in the world. Noting that they attach importance to product and market diversity while carrying out their studies, Ersoy said that they have taken steps to spread tourism to 81 cities. Mentioning the works in the field of gastronomy, Ersoy said, “Istanbul is now in the Michelin Guide. I am sure it will not be limited to Istanbul. In the coming period, Izmir, Bodrum, Çeşme and maybe even Antalya will join the Michelin family with their unique cuisines, creative chefs and distinguished businesses. At the same time, 53 restaurants were included in the Michelin Guide. Ersoy reminded that they realized the Culture Road Festival in Istanbul Beyoğlu and the Capital Culture Road Festival in Ankara for the diversity of products, together with the Beyoğlu and Başkent Cultural Road Festivals, the Troy Festival in Çanakkale, the Sur Cultural Road Festival in Diyarbakır and the Mystical Music Festival in Konya. He stated that they added ‘ni to this line. Ersoy said that in the 7 festivals held in 2022, they reached approximately 33 million visitors and that these festivals had many lasting effects. Emphasizing that they have carried out the restoration of cultural properties at many points, Ersoy said, “We announced that we will add İzmir, Adana, Erzurum, Trabzon and Gaziantep to these cities in 2023, and we started working. I can easily say that we have established an eco-system where culture and tourism support each other.”