“Without energy efficiency, compliance with the Paris Climate Agreement is very difficult"

Hilal SONMEZ/KAYSERİ The Association for Energy Efficiency in Buildings (VERİMDER) held the 25th Anatolian Meetings meeting, which it started in 2017, in Kayseri. While the main agenda items of the meeting, which was sponsored by Dalmatian, were energy efficiency and thermal insulation in buildings, it was emphasized that social awareness should be created and action should be taken quickly. Chairman of the Executive Board of VERİMDER, which started energy saving and thermal insulation mobilization all over Turkey, and the moderator of the meeting, Prof. Dr. Emre Alkin said, “I am telling the data of our ministry of industry, that more energy is consumed in buildings than in industry. Unfortunately, 80% of our buildings in Turkey are not suitable for energy efficiency. So we need to start a mobilization. It is necessary to inform both the contractor who built the building and the citizen who bought the building. We have to explain how important this is and how much it will benefit him. That’s why we organize these meetings,” he said. Alkin also drew attention to the effect of the Russia-Ukraine War on the exchange rate, inflation and cost of resources, and said, “So our job is to make investments that will provide energy efficiency. Together, we must raise public awareness on this issue. We must demonstrate energy efficiency as it suits us. We have to get rid of this waste,” he said.

“Politics should not be made over energy”

After Alkin, Kayseri Metropolitan Municipality Mayor Memduh Büyükkılıç took the floor. Büyükkılıç gave information about the work done in this area in Kayseri and said that local governments should take on more responsibility in this regard. Büyükkılıç said: “Until now, we have not had any problems with natural gas in Kayseri. We are in the same situation with insulation. As our district municipalities and metropolitan cities, we have worked to prevent visual pollution and provide thermal insulation for our buildings, especially in the centers. Regarding insulation, the people of Kayseri loved this job very much, because he believed in it. At the moment, we continue to work on the isolation of the old buildings and the compliance of the new buildings with the subject, both with the instruction of the ministry and with the reasoning. As a society, not as a person, we should believe and own this issue. There is nothing more natural than for Turkey to maintain friendly relations with Iran and Russia. Because we are in the corridor position. We are also continuing our own natural gas works. From here, let me say that politics should not be done over energy. Our state does not finance energy cheaply and sell it dearly. He helps his people in the most appropriate way. It is not right to act with a populist rhetoric such as distribute for free. As local governments, we need to embrace the issue of how to use our current energy in the most efficient way. Whatever falls on us, we are there. We also need to raise public awareness about consumption. We need to implement the philosophy of “Let’s win by consuming, not by producing.”

“It is important not only to raise awareness, but also to take action”

VERİMDER Association President Çağdaş Korkmaz started his speech by giving information about VERİMDER. Afterwards, he made statements about the importance of energy efficiency especially in residences in the world and in Turkey, “The world is on the verge of an energy crisis right now. Therefore, the issues of energy efficiency and savings come to the fore even more. Ensuring the energy efficiency of buildings has also come to a critical point. We know that nearly 80 percent of 25 million residences in our country are manufactured without energy efficiency. If the buildings are not made energy efficient, there is no chance of a sustainable future.” Noting that one of the most important topics is the climate, Korkmaz said, “In 2021, Turkey signed the Paris Climate Agreement. After this agreement was signed, the name of our Ministry of Environment and Urbanization was changed. It became the Ministry of Environment, Urbanization and Climate. We now need to have a climate policy, because by signing this agreement, we committed to reduce our carbon emissions in accordance with the current conditions in 2030. Nearly 40% of greenhouse gas emissions in our country originate from buildings. Without making our buildings energy efficient, unfortunately, we cannot meet the obligations of that agreement, nor the chance to create a more livable country and world in the future. In this context, the level of awareness is important, but it is important not only to raise awareness but also to take action.”

“Turkey will continue to produce”

Hakan Güldağ, Chairman of the Board of Directors of DÜNYA Newspaper (NBE), also focused on the titles of “earning while consuming and circular economy” in his speech. Expressing that saving is as important as production, Güldağ said: “Our natural gas output in the Black Sea is important, but if we can put this into practice in buildings, industry and other fields, we will save as much as the gas we will extract in the Black Sea from our buildings. I do not think that pessimistic-optimistic approaches are very valid in our age, especially in this environment of confusion and uncertainty. We will definitely put our problems on the table and make our criticisms, but we all need to be positive. I think positive realism is the best. As Turkey, we have already set an ambitious target in this regard. We said that in 2053 we will neutralize our carbon emissions. This will inevitably come at a cost. There may be recessions, but our production is increasing. Our investments are growing. The USA, China, India and European Union countries generate more than 50 percent of carbon emissions in the world. Carbon emission per capita in the USA is 19.8 tons per year, 9.7 tons in China, 6.1 tons in Europe, 7.1 tons in Turkey. Along with China and India, ours is also increasing. Because we continue to produce. And in the coming period, there will probably be even more trade opportunities for Turkey when its supply chains are damaged. Turkey will continue to produce even more. We need to look at this holistically. While we are dealing with these in our industry, we must be able to bring energy efficiency to the fore in social life. Because this is a matter of life and death for us now. While looking at this business as a whole, we should turn the green transformation into an advantage for ourselves. We have to be fully involved in this business.”

Noting that various supports have started to be given for the thermal insulation of the houses, but these are not at a sufficient level, Hakan Güldağ continued: “We need to do this work in a way that we will declare mobilization. Because we’re literally burning money. We need that money. We need it for investment. We need it in other areas as well. We also need to protect the environment. This business is extremely serious. The world has warmed by one degree since 1800, but that warming is increasing rapidly. Since 1800, the world population has increased 6 times, but the world economy has grown 68 times. Now we are still growing. It continues to grow in our country and other countries. The temperature, which was 36.5 degrees in the 1800s, reached 37.5 degrees and disturbances began. Climate changes, floods and similar situations will increase even more. As said, if the temperature rises by another one and a half degrees, we will start to feel towards 39 degrees, and that means sickness. Let’s not get caught up in the tree bug romance, let’s know what’s what. Let’s understand that this is a competitive power strategy, and let’s act accordingly and encourage it. But let’s also think about the world. Being among the top 10 economies in the world makes us all happy. If we are going to be in the top 10, it is very important for the citizens of the world to be able to say Turkey in the top 10 when asked where they would like to live. This is possible by keeping this place clean, valuing it, and making the necessary change.”

“Specialized SPP and WPP OIZs should be established”

Speaking at the meeting, KAYSO Assembly President Abidin Özkaya asked for the issue to be evaluated by all stakeholders and managers and made a suggestion. Özkaya said, “The time has come for us to use energy in the most efficient way. I am an industrialist who is very troubled by the use of energy. I have a suggestion. It’s good for the public to come forward. We import most of our energy and pay foreign currency to various countries. We also need energy for new investment. While we need energy so much, specialized solar OIZs and WPP OIZs can be installed in the closest places to the industrial zones by reviewing the areas that our ministry of agriculture calls agricultural land but not cultivated. For example, according to the total energy need of any A OIZ, energy production can be made by establishing Specialized SPPs and specialized WPP OIZs in places such as an unused pasture or agricultural area closest to the A OIZ. 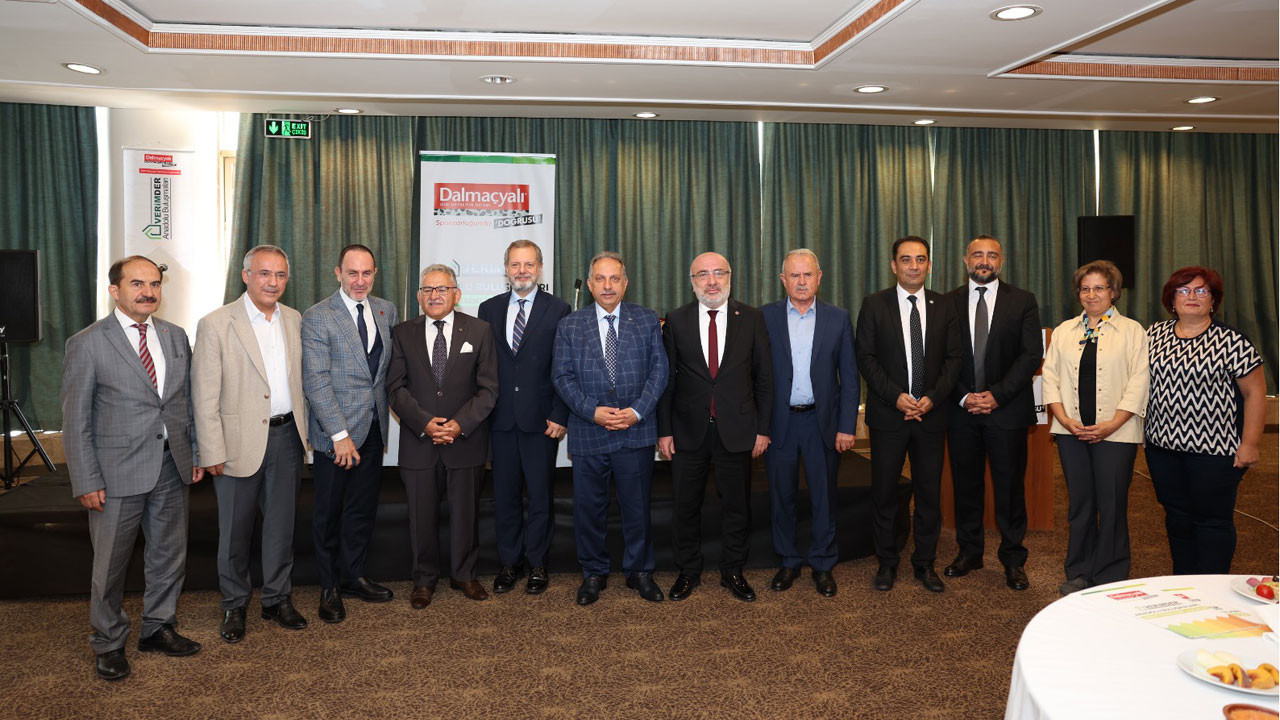