Will the rally in bank stocks continue?

Ufuk KORCAN
The most talked about topic in recent days by those who are interested in stocks is definitely the sharp rise in banking stocks. This situation of the banks, which have been faced with many regulations for years and whose room for action has narrowed, was also reflected in the performance of their shares. While historical peaks were seen in industrial sector shares, bank shares were watching the historical rise in the stock market from the sidelines. Until 1 month ago. Big bank stocks, which were the heavyweights of the past, were suddenly flooded with demand as if they would never be found again. Giant bank stocks skyrocketed one after the other, like little boards.

DIFFERENCE TO THE INDEX

It was bank stocks that fit this description and had been a favorite of foreigners in the past. Bank shares, which had a Market Value/Book Value of 0.40-0.50 and a Price/Earnings ratio of around 1-1.5, were both far behind the rally in Borsa Istanbul and were priced ‘cheap’ compared to their competitors abroad. The PD/DD ratio of bank stocks in developing countries was around 0.90 on average. We can say that the first foreign purchases ignited the wick of the rise in bank shares. However, foreign purchases did not dominate in the last 1 month. Experts I talked to in the market say that foreign transactions on bank boards have decreased considerably in recent weeks, and domestic investors are in the majority. On the other hand, it is stated that the Futures Market leads the spot transactions. In other words, the rises are first in leveraged transactions, and the movement here also carries the spot market up. 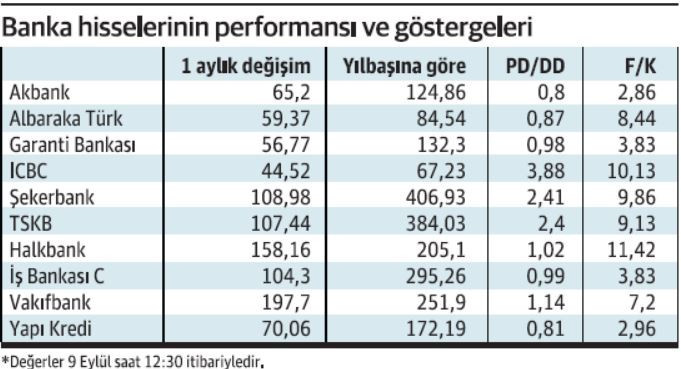 BIST 100 Index started an upward trend at 1,371 points in the week of October 4, 2021. However, the currently active and more aggressive trend is the uptrend that started in the week of July 18, 2022. The support point of this trend coincides with the $3,191 level for this week. In other words, it can be said that the main trend is up as long as the support point of this trend is not reached, even if it is a fluctuating course. In the negative scenario, reaching below this support point may pose the risk of a gradual pullback in the index to the level of 2,849 points. In case of continuation of possible upward movements, attention should be paid to the level of 3,636 points in order to be the resistance point of the channel for this week.