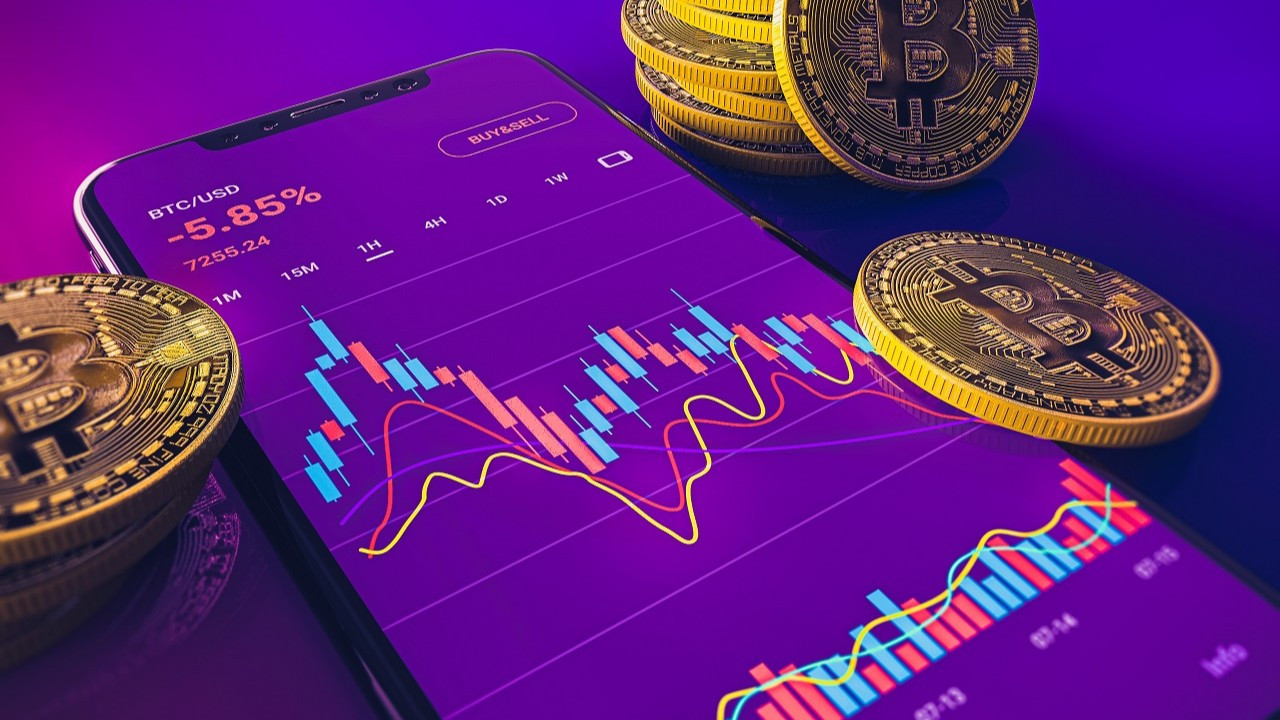 Ufuk KORCAN Fear, lies, intrigue, sadness, happiness, enthusiasm, uncertainty… Here is a market where all of these happen at the same time or at different times: Crypto. The lack of global regulation increases the size of the fluctuations in the cryptocurrency market. The value of an asset can suddenly become ‘garbage’ with a sudden development or even gossip, or it can fly with a ‘rocket’. That’s why we always say that you should be very careful while investing in these assets, where the risk is very high, and that you should allocate a small amount in your total savings that you will not need.

Especially in the short term, you can see those in your close circle who want to make a lot of money, take risks with large amounts and lose what they have. Not much, exactly one year ago at this time… Bitcoin was trading at the level of 52 thousand dollars. The majority in the market was waiting for a new rally and levels of 100 thousand dollars were spoken. By the first week of November, Bitcoin surpassed 65 thousand levels and saw its historical peak. But the expected level of 100 thousand dollars could not be reached and the decline began. Today, Bitcoin is trying to hold above the $20,000 level. While the value of Bitcoin decreased by 70 percent in 9 months, the losses in some altcoins were over 95 percent. In other words, the present value of the $1000 investment has decreased to $50.

FUD frenzy does not slow down

The concept of FUD, which consists of the initials of the English words fear (fear), uncertainty (uncertainty), doubt (doubt), used in crypto markets, has been very influential on prices recently. We saw the last example of this on Avax. A site called Cryptoleaks has published claims about Avalanche and the US-based law firm Roche Freedman, which include recordings of Roche Freedman co-founder Kyle Roche.

Busy agenda in the markets

Allegedly, Roche filed lawsuits so that Avax could get ahead of its competitors. Binance’s boss also supported these claims by tweeting, but later deleted this post. The Ava Labs front, on the other hand, strongly denied these claims. So, as I mentioned in the introduction, we are talking about a market full of intrigues. Let’s come to the expectations about the market… The expectations that the ‘saw’ trend will continue for a while are strong. Especially where the US Federal Reserve’s (Fed) interest rate hikes in the fight against inflation will stop, the data flow for the recession, the developments regarding the regulations, the update planned to be made in the middle of this month in Ethereum and the Mt. The fact that some of the Bitcoins stolen from the Gox exchange will be returned to their customers can be listed as agenda items that will affect the direction of cryptocurrencies. While the correlation with technology stocks has risen to very high levels recently, it is a matter of curiosity how long this will last.

Here are the critical levels in Bitcoin

Looking at Bitcoin long-term, it still continues its movement on the uptrend that it started in January 2019. However, it can be said that the current trend is the downtrend that started on the week of 08 November 2021 on the weekly chart. The resistance point of this trend for the next week coincides with the $ 25,200 level. In other words, as long as this trend line is not broken in a technical sense, a course in which upward movements are limited can be observed with the continuation of downside risks. There are two important points in the search for the bottom in possible retreats. The first of these is the trend line at $16,640…

This trend is a non-aggressive uptrend that started in January 2019. Since then, the pair has dropped below this trend line once… The support point of the secondary parallel trend line formed with that sag is at $13,158 for the next week. So, on a weekly basis, $ 16,640 and $ 13,158 are the most important support points for now. Before these levels, 19,500-18,913 and 17,600 dollars support levels can be followed as a horizontal support point!

Ethereum must pass $1700 with strong volume

In Ethereum technically, the closings made below the $1,700 level on the weekly chart caused some deterioration in the technical outlook, which was about to turn seriously positive. The downtrend of the currently active trend that started in the week of November 08, 2021. The resistance point of this train coincides with the $2,250 levels for this week. In possible upward movements, first of all, the 1.700-1.750 dollar band should be broken strongly with the support of the transaction volume and this region should be a strong support band again. If this happens, a bullish move can be observed up to the $2,200 levels, with the $1.950-$2.050 band being the intermediate resistance zone. However, each weekly close below $1,700 may cause the selling pressure to be felt more and the upward movements to be limited in technical terms. In such a scenario, the $1,420 and $1,299 levels are very important supports. However, it should not be forgotten that the most important support point for the pair is the support level of the trend that started in the week of March 9, 2020. For this week, the support point of this trend coincides with the $1,084 level.