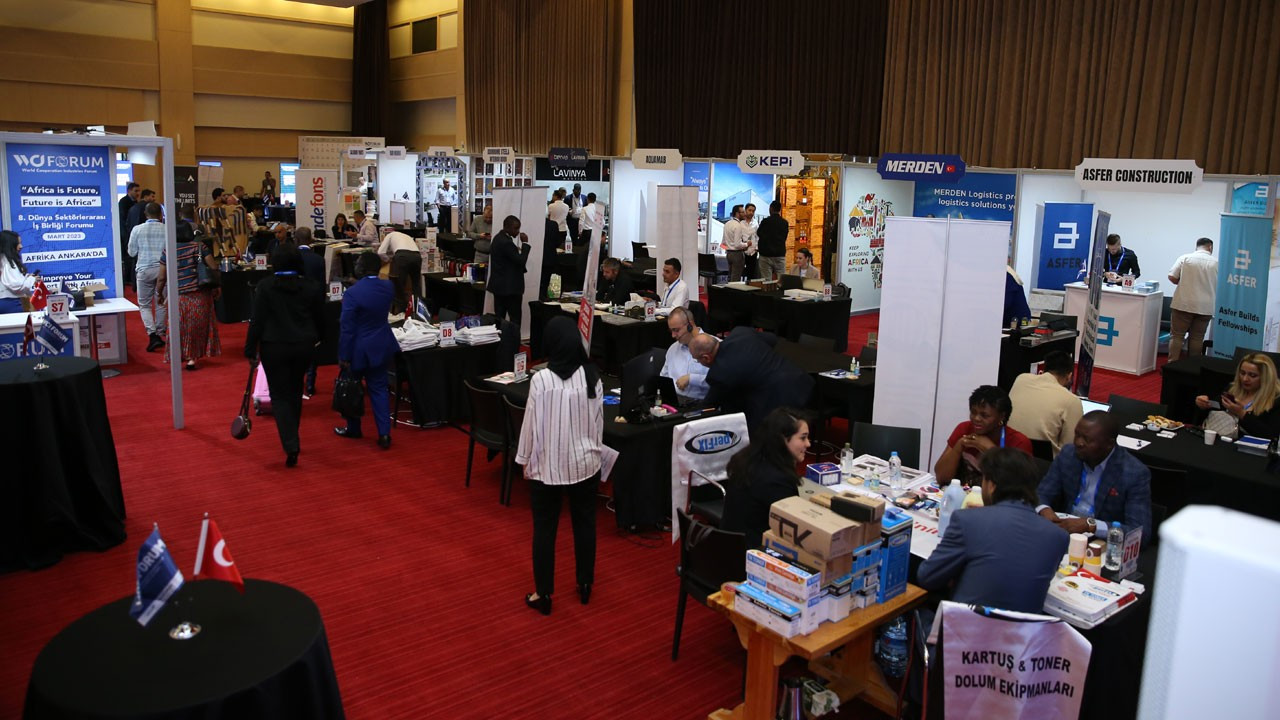 The 7th World Cooperation Industries Forum, organized under the name of the World Intersectoral Cooperation Forum and bringing together Turkish and African business people, started at the Ankara Congresium Congress Center. Bringing together 1250 buyers from 41 different countries, 82 percent of the African population, and more than 300 manufacturers from Turkey, the forum will last for two days. Within the scope of the form, bilateral business meetings will be held. Export supports will be mentioned by taking into account the development of commercial strategy, bilateral agreements between countries and logistics networks.

Trade volume is around 40 billion dollars

Speaking at the opening of the meeting, African Trade Centers Founder and WCI Forum Chairman Utku Bengisu said that the meeting organized with the theme ‘Africa is the Future, Future Africa’ will contribute greatly to the cooperation. Underlining that Turkey’s SMEs and African SMEs have similar characteristics, Bengisu said, “Our trade volume was around 5.4 billion dollars in 2005, so was India’s trade. But now, while we were around 40 billion dollars, India has increased to 62 billion liras,” he said.

It will provide a price advantage

Mentioning that Turkish and African SMEs should cooperate more, Utku Bengisu stated that Turkish companies in these countries will provide a great price advantage if they send products in containers as well as a common warehouse. WCI Forum Chief Executive Officer Assoc. Dr. Abdülkadir Develi pointed out the importance of the meeting held at a time when the world was going through very critical conditions and stated that the trade volume will increase in a short time. MUSIAD Ankara President Hasan Fehmi Yılmaz, at the meetings, “How do I export to Africa?” Stating that the answers to the question will be sought, he informed that Turkish business people have undertaken projects of 70 billion dollars in the continent and have investments of 6 billion dollars. Yavuz Selim Kıran, Deputy Minister of Foreign Affairs, also attended the meeting.

There are opportunities for cooperation in many fields

Ankara Chamber of Commerce (ATO) President Gürsel Baran reminded that President Recep Tayyip Erdoğan has set a trade volume target of 75 billion dollars and noted that this target will be achieved in the near future. Emphasizing that it is important for Turkey to have an embassy in 44 countries in Africa, Baran talked about cooperation opportunities in many fields such as green economy, manufacturing, education, construction and defense industry.