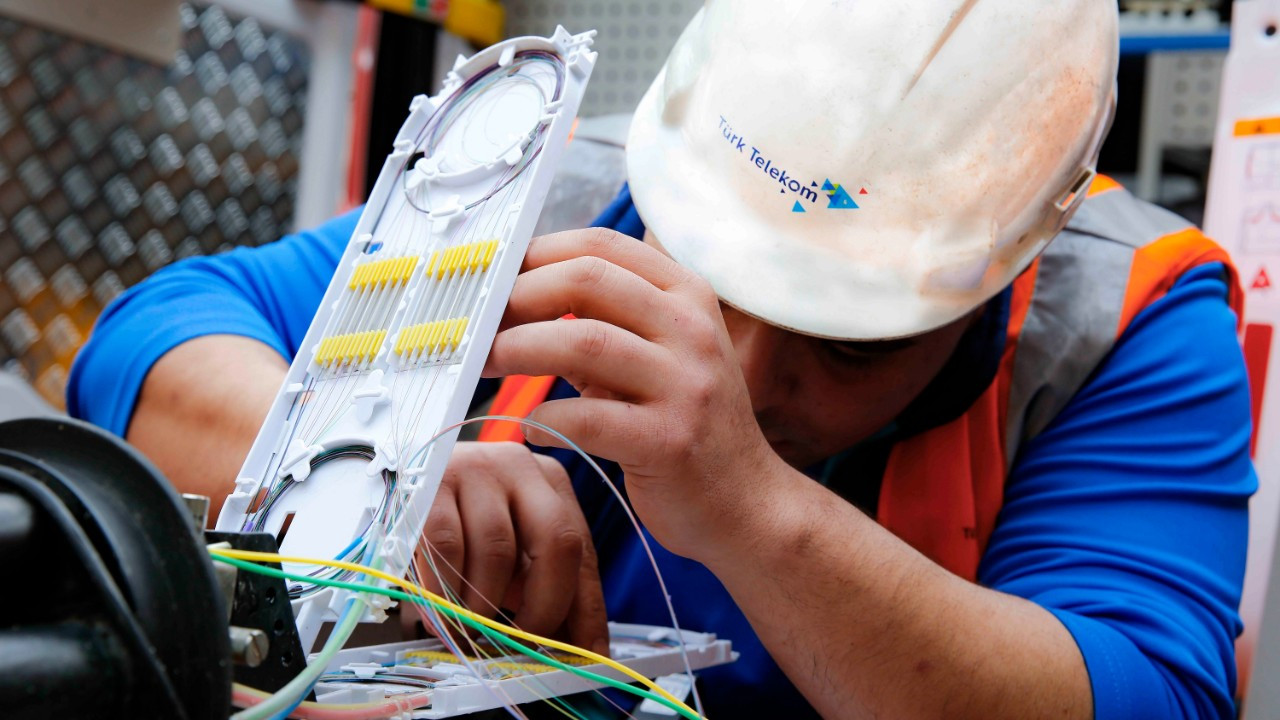 Türk Telekom Group announced its financial and operational results for the first 9 months of this year. Accordingly, Türk Telekom achieved a revenue of 32 billion 755 million TL, with an increase of 34.2 percent on a consolidated basis compared to the first 9 months of the previous year. Türk Telekom’s EBITDA (profit before interest, depreciation and tax) reached 13 billion 554 million TL in 9 months. Türk Telekom increased its fiber network length to 389 thousand kilometers as of September 30, 2022, and the number of fiber subscribers reached 11.2 million in the same period. The share of fiber subscribers in fixed broadband base increased from 62.3 percent to 75.6 percent compared to the previous year. Türk Telekom’s fiber household coverage reached 31.1 million at the end of the third quarter of 2022. Türk Telekom revised its 2022 forecast upwards with this performance. Türk Telekom aims to increase its consolidated revenues to 37 percent, EBITDA to 19 billion TL and investment expenditures to 14 billion TL by the end of the year.

Best net subscriber gain in mobile in the last 15 quarters

Türk Telekom’s mobile subscriber portfolio increased to 25.3 million on 30 September 2022, with 682 thousand subscribers added with the best net subscriber acquisition performance in the last 15 quarters. Postpaid and prepaid segments in the third quarter of 2022, respectively; It grew by 322 thousand and 360 thousand. Türk Telekom’s self-service online transactions application ‘Online Transactions’ was downloaded 64.8 million times as of the end of September 2022. The number of unique subscribers using the application also reached a new peak with 18.7 million.

Evaluating the figures for the first nine months, Türk Telekom CEO Ümit Önal said, “Both domestic and foreign tourism has been very active from June to September. Supported by this situation, consumer perception followed a more positive course in some respects compared to the second quarter. In addition, we recorded a noticeable improvement in the third quarter growth figures with our actions that we started to see positive results. After our successful performance in the first 9 months of this year, we revised our year-end forecast upwards once again. As of the first 9 months of the year, we have invested 7 billion 83 million TL. The number of Türk Telekom subscribers reached 52.8 million in the third quarter of the year with a total of 609 thousand net subscriber gains on the back of healthy subscriber gains in both fixed broadband and mobile, with the bigger contribution coming from mobile. Net subscriber gain in the last 12 months was 1.4 million. The quarterly upward trend in revenue growth continued in the third quarter as well, driven by the cumulative effect of price revisions and ongoing contract renewal activities on the basis of existing customers. We expect a strong revenue trend for the rest of the year as well.” he said.

Stating that they continue to strengthen the entrepreneurship ecosystem in order to move Turkey forward in the technology race, Önal said, “We see entrepreneurship as a rising value and we embrace it diligently. We recently launched the TT Ventures Venture Capital Investment Fund. We aim to ensure the participation of domestic and foreign investors in this fund, with the strategic support of Türk Telekom, to provide financial returns to its investors. As TT Ventures, we have invested in 13 companies so far. We will have the opportunity to invest in more ventures thanks to the TT Ventures Venture Capital Investment Fund and flexible investment models, which will add value to entrepreneurs and investors. Our goal is to bring out new ‘unicorns’ and world brands from Turkey.” he said. Noting that they see all kinds of work that will reduce foreign dependency in technology as a national duty, Önal continued: “We produce technology for the world together with our group company Argela and its subsidiary Netsia in Silicon Valley. We continue our technology production and development that will play an active role in determining 5G standards with our global collaborations. We make significant contributions to the development of the domestic and foreign ecosystem with the developments, trial and productization studies we have made on Open RAN. In this context, we agreed with Parallel Wireless, one of the leading companies in cloud-based wireless networks and smart RAN architecture, to test the Open RAN solution in pilot areas. The support of the US Trade and Development Agency (USTDA) also shows how important this project is globally. As an important step in this work, we will also be using RIC technology, which is an important part of the Open RAN architecture and producted by Netsia and Juniper.”