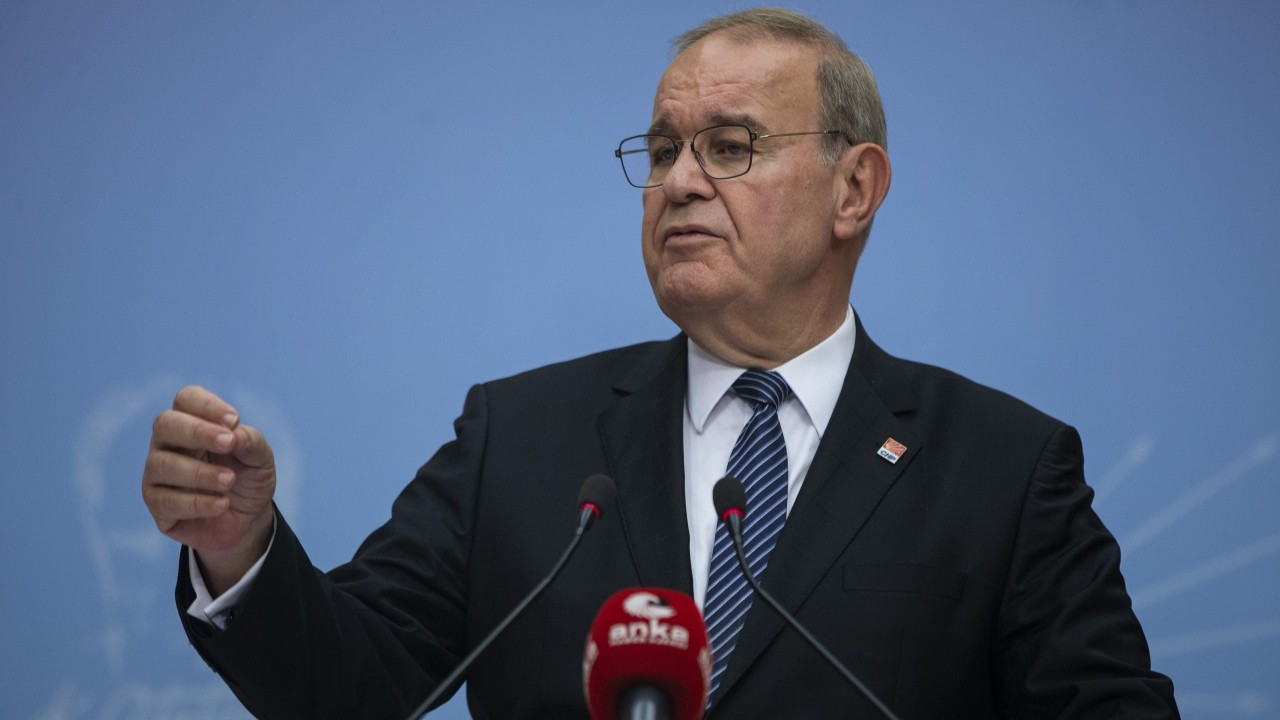 CHP Central Executive Board (MYK) convened under the chairmanship of Chairman Kemal Kılıçdaroğlu. CHP Deputy Chairman and Party Spokesperson Faik Öztrak, who made a statement while the meeting was continuing, stated that the greatest revolution this land has ever seen was the Republic and its revolutions. Defending that the leading politicians of the AK Party are at odds with the Republic and the Republican revolutions, Öztrak criticized the statements of AK Party Group Deputy Chairman Mahir Ünal. Öztrak said, “According to customs, the words of the Party Chairman, the spokesperson of the party, and the group vice presidents bind the party. These words also bind Erdoğan. Those who do cannot be revolutionaries. At most, there will be defeatists and counter-revolutionaries who want to destroy the gains of revolutions.” he said.

“A major milk and dairy products crisis awaits at our doorstep”

Criticizing the government’s economic policy, Öztrak said that the Turkish lira was the currency that depreciated the most against the dollar, due to the economic model implemented in September last year. Faik Öztrak noted that inflation crushed the nation, and that inflation was 25 percent in Ukraine, where there was war, 14 percent in Russia, and 84 percent in Turkey. Stating that food inflation is declining rapidly in the world, while it is very high in Turkey and is still increasing, Öztrak said that the citizens cannot approach the counter in the market and the shelves in the market. Stating that the production costs of the producers and farmers have also increased, Öztrak said, “The farmers need proper support to compensate for these input increases, but there is no one who gives.” said. Expressing that the breeder and the milk producer could not straighten their backs, Öztrak said, “Then it is clear what will be done. Either you will reduce the feed costs or you will increase the support to the milk producer. Because this is not done today, the milking cows go to slaughter. A big milk and dairy products crisis is at our door. waiting.” used the phrase. Öztrak said that meat producers are also devastated, and that the cost of feed also hurts the meat producer.

Explosion at the mine in Amasra

Referring to the report they prepared on the explosion in which 41 mine workers lost their lives in Amasra, Öztrak stated that the report stated that the inspection was carried out by the Labor Inspection Board of the Ministry of Labor and Social Security between October 4, 2022 and October 11, 2022 in the mine in Amasra. Öztrak, claiming that nobody gave information about this audit to the public, said, “Which deficiencies or errors were detected in this audit?” posed the question.

“No matter what the circumstances are, there is no room for despair”

Stating that there is no balance and stability in the foreign exchange, credit, deposit and bond markets in Turkey, Öztrak said: “According to the Medium Term Program, the average dollar rate will be 16 liras 62 cents this year, and next year it will be 21 lira 52 cents. Against the Turkish lira, it will gain value by 29.5 percent in 2023. The interest rate is currently 10.5 percent, the signage rate. The deaf sultan heard that it will decrease to 9 percent in November. It will be kept like this for the whole next year. In this case, from Currency Protected Deposit, Treasury And the burden on the Central Bank is 20.5 points. In other words, if the current 1 trillion 400 billion TL Currency Protected Deposit stock never increases, the burden on the public is 296 billion TL. Of this, 142 billion TL is on the Treasury’s back, and the rest is on the Central Bank’s back. “How much is the appropriation allocated by the Treasury? Only 25 billion liras. That is one-sixth of the possible burden at the moment. This is enough to show how disconnected, inconsistent and insincere the 2023 budget is from reality.” Stating that the economy has never been more vulnerable to any adverse wave, Öztrak said, “The economic staffs of the six parties that came together at the nation’s table, together write the recipe for the program that will pull Turkey out of this pit, as they have done in many previous crises. What are the conditions? Whatever the case, there is no room for despair.” he said.

“Togg is a private sector initiative that makes us all proud”

CHP Spokesperson Faik Öztrak answered questions from members of the press after his statement. “CHP Chairman Kılıçdaroğlu made a statement regarding his candidacy for President. Are these statements a candidacy signal?” Öztrak answered the question, “In fact, Erdoğan was the first to make this comment. We understand Erdoğan’s fear and fuss, but he will be a little more patient. He will hear the name of the 13th president from the mouths of six general presidents at the same time as our nation.” gave the answer. Faik Öztrak, “President Erdogan called for a referendum on the constitutional study on the headscarf. What is your assessment?” On the question, “What referendum? It is clear that we have given a law proposal. If women are willing to take their hands off their clothing, they should support our law proposal if they are not chasing other accounts. They should not tire our nation with the referendum.” he said. When CHP Chairman Kılıçdaroğlu and IYI Party Chairman Meral Akşener were invited to the ceremony to be held on October 29 for Togg, Öztrak replied: It is a private sector initiative that set out at the right time and makes us all proud. We have said before that we support any project that is done right and managed well. Had this invitation come from the company management, we would gladly attend, and we would applaud the first vehicle to come off the mass production line, but Erdoğan and his company The initiative’s special day is in an effort to turn the project into a political show. The fact that the invitation came from the palace and the ministry acted as if it were a corporate unit of a private company is nothing but an effort to politicize this exemplary project. For these reasons, our President will not attend the invitation, but at the earliest. We announce to the public that he will visit Togg on site in a short time, and we wish Togg a successful launch.”