Esra Ozarfat
ISTANBUL – IBIA Expo 2022, Turkey’s only fair on mattress components and technologies and the largest fair in Eurasia in the sector, brought together mattress supplier industry, machinery and equipment professionals in Istanbul. Istanbul Chamber of Commerce (ITO) President Şekip Avdagic, International Sleep Products Association (ISPA) President Ryan Trainer, IBIA President Osman Güler and industry representatives were also present at the fair, which was opened with the participation of Industry and Technology Minister Mustafa Varank. Speaking at the opening of the fair, Güler emphasized that world mattress production has an important annual potential of 40 billion dollars, together with its sub-sectors. Stating that 3 billion dollars of production is made in this field in Turkey, while exports have reached 2 billion dollars, Güler said, “We have a huge employment of 25 thousand people. Our goal is to reach new records, 35 thousand jobs and an export figure of 3 billion dollars.” Pointing out that 8 companies from the IBIA association members are among the first thousand exporters in Turkey this year, Osman Güler said, “Bedding manufacturers in Turkey have gained a serious momentum in the last 10 years, reaching an export of 256 million dollars with a growth of 512 percent. We are in the position of the second best country after China in bearing technologies and component manufacturers in the world.” Ümit Vural, Chairman of the Board of Directors of BİFAŞ Fairs, also said that although it is the first and only fair in its sector in Turkey, IBIA EXPO 2022 gained an international dimension in a short time and became the largest fair of Eurasia in its sector.

“We strive to attract investments to Turkey”

Speaking at the opening, Minister Varank stated that the export of the furniture sector has gained momentum along with all sectors in the last period, and said, “There is a market potential of 40 billion dollars in the world in mattress production, sub-industry and technologies, which are the sub-headings of the sector. It is not even sincere that Turkey will dominate the mattress industry, mattress sub-industry and technologies in the upcoming period. You know, the future is in R&D and innovation. In other words, if we want to get the lion’s share of the 40 billion dollar industry, we need to increase our R&D investments. We are always with you with all our institutions and organizations. The doors of our ministry are wide open to our companies that want to work for export. I hope Turkey will win by producing. We’re getting signals of that. We just came back from a meeting with a foreign investor. It has production facilities in different parts of the world. ‘We think about Turkey very seriously. They came to ask us how can you help us. Rest assured, we are sitting at the table and negotiating with such big producers. We are making an effort to attract those investments to Turkey,” he said. 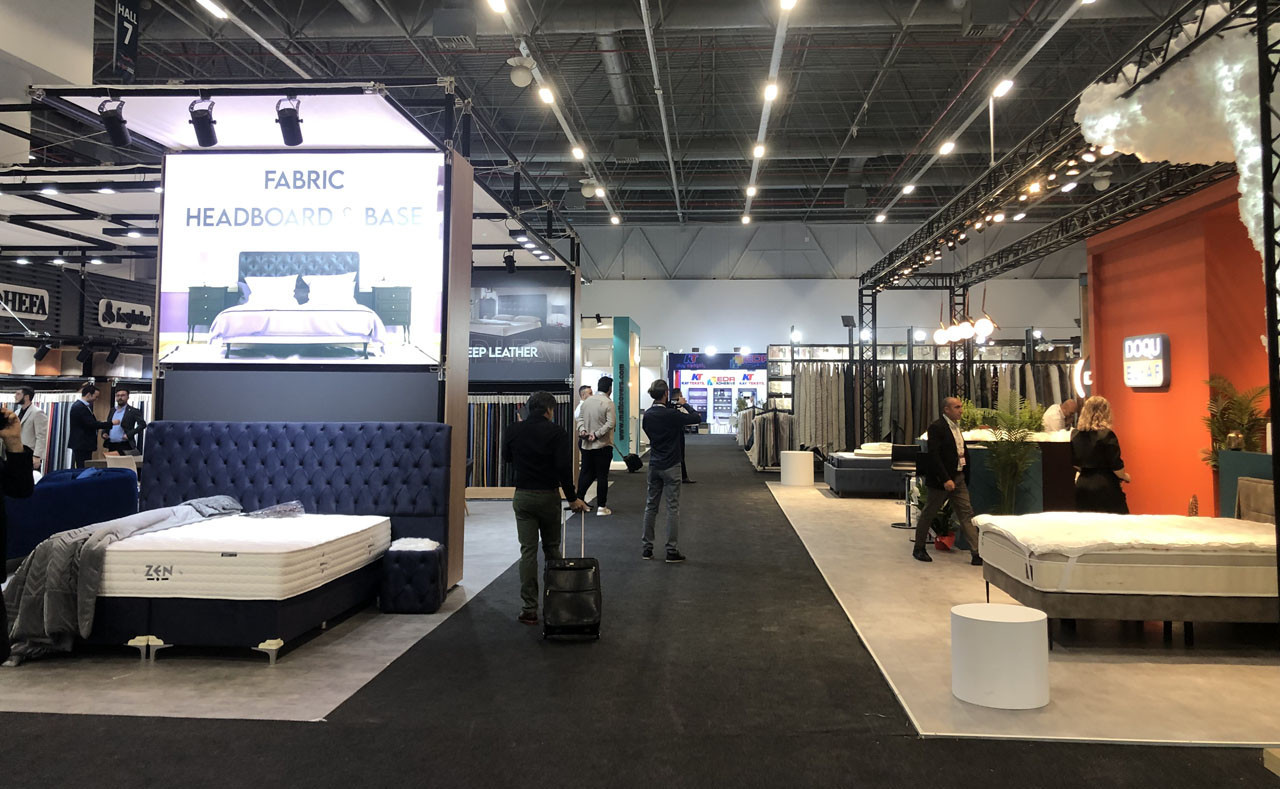 In the seminars to be held within the scope of the fair, topics such as trends in the mattress industry, industry 4.0 in mattress production, sustainability and traceability, quality, impact and access to new products and new markets will be discussed. The fair, in which nearly 150 companies opened stands on an area of ​​15 thousand square meters, will remain open until October 9, and 25 thousand visitors from 100 countries are expected. The fair will be held between 28 September and 1 October 2023 next year.