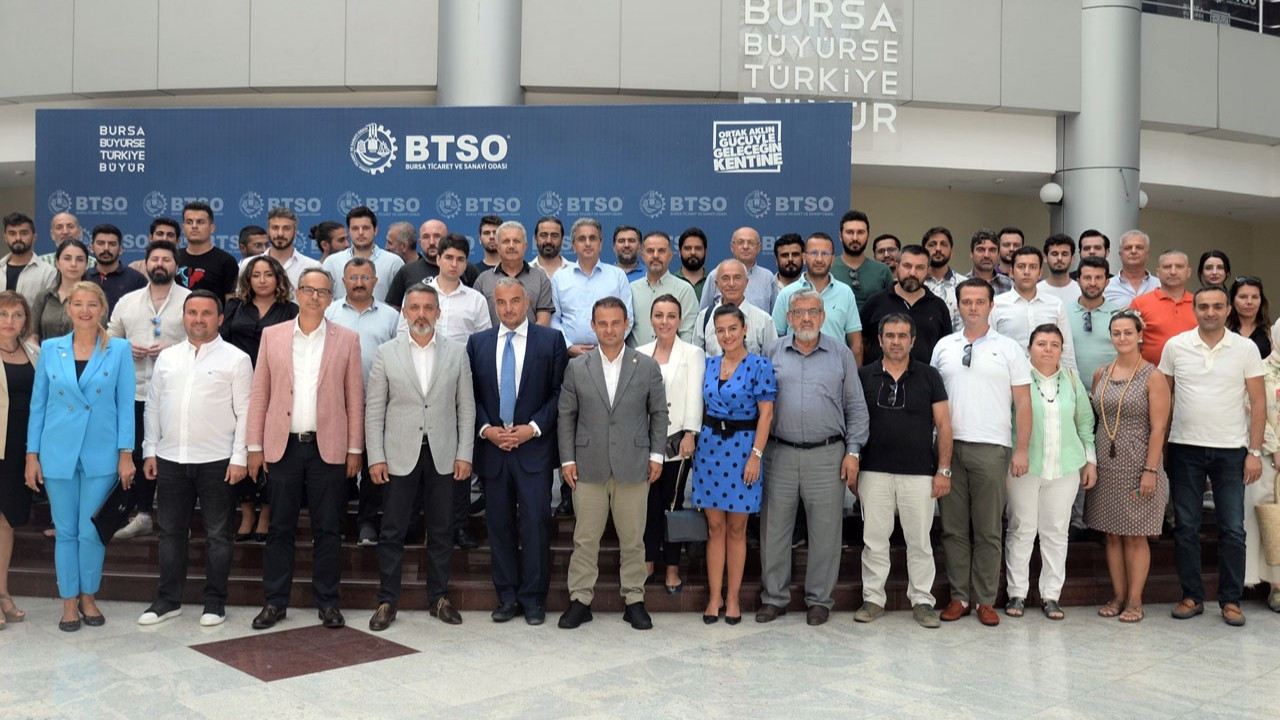 BURSA (WORLD) – The ‘Investment, Visa and Export Opportunities in the USA’ panel was organized as part of the BTSO Academy project, which is the training and development platform of the Bursa Chamber of Commerce and Industry (BTSO) for the business world. A panel was held with the participation of Barbaros Karaahmet, the managing partner of the US-based law and investment firm Herrick Feinstein LLP. Speaking at the opening of the program, BTSO Chairman of the Board İbrahim Burkay said that the cold war has started again, the regional interaction has gained weight at the global level and the pandemic, which has been going on for more than two and a half years, has turned the balances in world trade upside down. Considering this period as an important opportunity with the diversification of the supply chain and the change of direction of orders, Burkay noted that for the first time in its history, Turkey’s share of global exports increased above 1% and said: On the one hand, it will continue to focus on new opportunities, while tackling all intertwined problems, from raw material supply to high commodities, from energy and chip crises to recession concerns. With the awareness that the recipe for the crisis we are experiencing is production and export, we will continue to gain new markets and continue our way with value-added exports.”

“Our potential for cooperation with the USA is increasing”

President Burkay stated that the US market, which is among the largest economies in the world, also has important opportunities, and said, “Even though Turkey and the United States of America have differences of opinion from time to time, they are two countries with similar attitudes and common interests in many regional and global issues. We have an increasing cooperation potential with America. While the trade volume between Turkey and the USA was 6 billion dollars in the early 2000s, this figure reached a record 28 billion dollars last year. Turkey’s definition of the USA, which has a 20 trillion dollar economy, as a ‘strategic partner in trade’ and the steps it has taken to facilitate mutual trade have made the United States of America Turkey’s second largest export market.

Expressing that with the high production and export potential of the Turkish business world, a much more effective and powerful position can be reached in the USA in the social, cultural and commercial fields, Burkay continued his speech as follows: We want to make a contribution. At this point, we realized about 20 business trip programs to the USA with our representatives from different sectors, both within the scope of our Global Fair Agency and UR-GE activities. While our members had the opportunity to get to know the world’s largest market closely during our business trips, they opened the doors to new collaborations and commercial partnerships. In September, within the scope of our UR-GE projects, our food and textile sector representatives will go to the USA and have the opportunity to explore new business and investment opportunities. The United States of America, which offers the largest consumer market in the world with a volume of 23 trillion dollars and a population of 330 million, also provides access to hundreds of millions of additional consumers through free trade agreements. As Bursa business world, we aim for our companies to have the advantage of being able to compete in the largest markets in the world.”

A roadmap was drawn for corporate marriages

BTSO Board Member Irmak Aslan stated that there are long-standing diplomatic relations between Turkey and the United States, and that commercial relations also continue. said. Expressing that Turkish companies can benefit from the market advantages in the best way by establishing new partnerships with companies operating in the USA with professional support, Irmak Aslan said, “With this method, you will quickly adapt to the traditions of doing business in the world’s largest market, and you will reach the customer potential of the company you will establish a partnership with. Likewise, mergers of US companies in Turkey will accelerate the entry of our products into world markets. We have prepared a roadmap for the producers in Bursa to enter the American market. Starting with the visa, we have carried out our work on everything from which product will be more popular in which state.”

“It’s an advantage to actually be in America”

Barbaros Karaahmet, the managing partner of Herrick Feinstein LLP, stated that the common point of successful foreign companies in America is that they actually be there and invest, “Even if they make lower quality production, being there actually makes them respected. Face-to-face meetings create the subconscious feeling that people are doing a safer job. When you set up a company in America and there is a possible conflict, the company in America knows that you are already there. When there is a problem, it can be resolved quickly within the legal framework,” he said.