Queue for exit from Russia: Turkish trucks have been waiting for 35 days 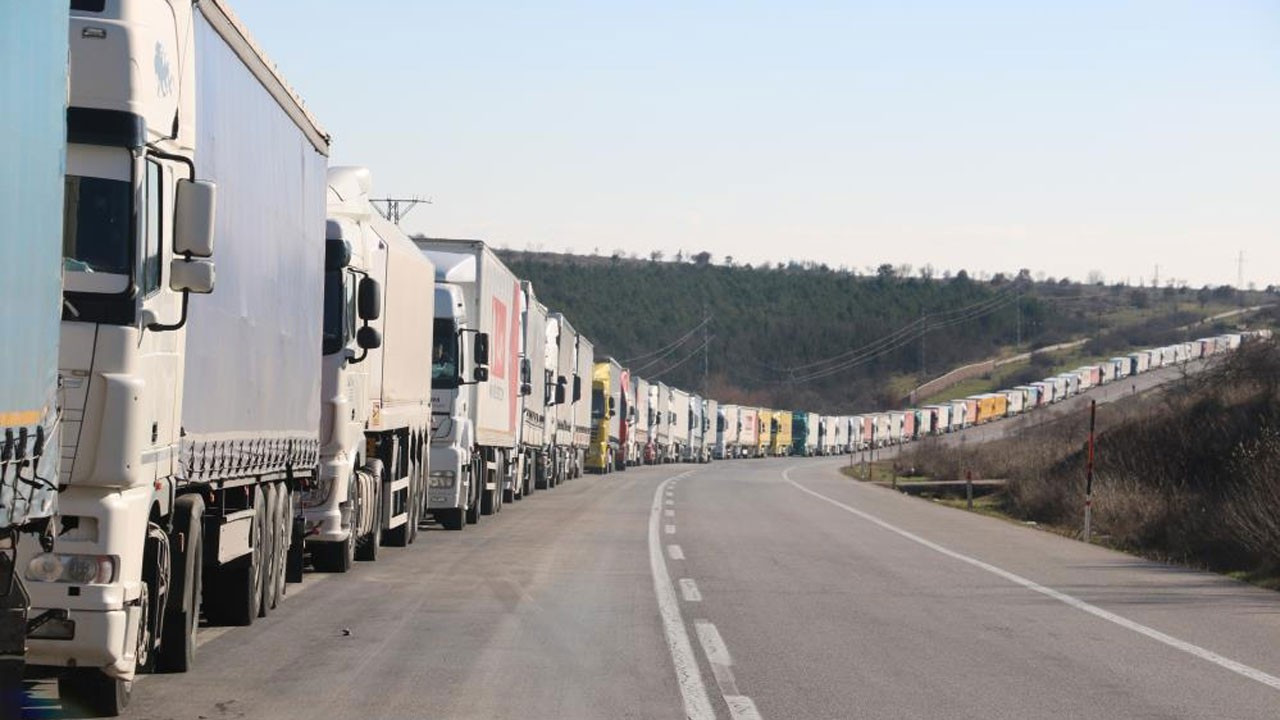 After the start of the Russia-Ukraine War, the problems experienced by international road transporters continue. Due to waiting times of up to 40 days at the Vladikavkaz Border Gate between Russia and Georgia, kilometers of truck queues form when exiting Russia. While the capacity of the border gate, which was in high demand after the war in trade with Russia, is not enough for the current crossings, there are serious delays due to the congestion experienced here. Turkish truck drivers waiting in the region, stating that the police officers at the border gate do their best to make the crossing difficult, argue that they can exit in a short time if desired.

“We’re out of food, we’re miserable”

Turkish truck driver VB, who made a statement on the subject, stated that he had been waiting at the Vladikavkaz Border Gate for 22 days and said, “Sometimes, this time can reach 40 days. Currently, there are people waiting for 35 days among Turkish truck drivers. It seems that the waiting period of these friends will be longer. We have been waiting in vain for tens of days due to serious negligence and unnecessary problems.” said. Noting that the drivers waiting at the border gate are devastated at the moment, VB said, “Some of our friends have run out of money. There is no water, electricity, food. They are making us miserable on purpose. Not only Turkish truck drivers are waiting, but also Tajik and Uzbek vehicles. Of course, some vehicles are in transit due to agreements. The Turks are waiting. They want bribes. The tariff is $200 per vehicle.” he said. Noting that there are around 1,000 trucks waiting right next to the Vladikavkaz Border Gate, VB said, “Here, we are officially told that you cannot pass without paying. For example, yesterday they had to release 7 vehicles. 4 Turkish and 3 Armenian vehicles. They even took money from them. ” used the phrases.

“If desired, the truck queue can be finished in a week”

Noting that the queues, which can reach kilometers in length, can be completed in a week if desired, VB made the following statements: “However, the police are constantly causing problems. Overtakers also come and ask us for money, stating that they can get us across the border quickly. Currently, the desired tariff per truck is 200 dollars. The border that gives this money to overtakers.” “At the moment, the tariff is 200 dollars per truck. If you do not pay this money, it is very difficult for you to pass even if you are at the front. Also, you cannot pass even if you give. You do not know who to trust.”

“We are kept 90 kilometers away”

KT, one of the Turkish truck drivers, stated that he was in the Nalchik region, 90 kilometers from the Vladikavkaz Border Gate, and gave the following information: “We have not even crossed the border gate there yet. They do not let us go from here because there is a crowd there. We have been waiting at a distance of 90 kilometers for 7-8 days. “There are vehicles that pass there from different regions. Therefore, the place does not empty. We are stuck here. There is no market here, there is no place to stay, there is not even a toilet to meet our sink needs. We are waiting on the road without doing anything.” KT said, “If Russia wants to eliminate these problems, it should introduce the appointment system that is applied at some other gates and countries. Thanks to this system that can be followed digitally, it can prevent loss of rights, abuse, victimization and bribery.” he said.

“They even sell food products very expensive because we have to”

Another Turkish truck driver said that those who reached them in person in DC said that if they were given 200-300 dollars, they could pass through the gate quickly, and made the following statements: “We are in the Gazprom region. We are about 40 kilometers from the border gate. They do not send us to the border gate from here. ‘There is a density there, They offer excuses such as “Georgia side does not work. However, the vehicles that give the money go at night. If the Georgian side does not work, how do these vehicles pass? It’s my 23rd day here. We are waiting for it without water. We are waiting for it without water. They even sell food products very expensive because they know we have to. They even sell their food products with the water we heat in the sun, including our bathroom.” We do it next to our vehicles.”