President Erdogan: We will set a barrier to threats to the family

Erdogan spoke at the event “On the Road to Great Turkey with Women” held at the Panorama 25 December Museum in Gaziantep. Erdoğan said that women’s cooperatives offer treats by exhibiting all their works. Expressing that Gaziray and Gaziantep have a very important work that they have inaugurated, Erdoğan continued his words as follows: “The cost has reached 10 billion liras. With this work, roads and Iraq are now close. By procuring all wagons and locomotives from TÜVASAŞ, we have a domestic opportunity. TÜVASAŞ is an important center in the wagon industry of our domestic industry producing in Sakarya. We also have a center in Eskişehir. Currently, this step will be taken with TÜVASAŞ. Thus, Gaziantep has procured the wagons of this work from Sakarya, not from abroad. will be.” Explaining that he was at the opening of the museum where they held the program and that this is a museum he is proud of, Erdoğan continued: “We do not come across such museums in Anatolia. We also have a mosaic, the Zeugma Museum. I opened it myself. It also has a different richness and beauty. There are 70 new factories in Organized Industry that we have opened today. We opened 300 factories before. Thanks to that, the head of the main opposition was ‘Where is this?’ I had invited him. I said, ‘If you come to Gaziantep like this, Cengiz Bey, the head of the organized industry, will show you where 300 factories are located, they will show you around.’ I do not know.” 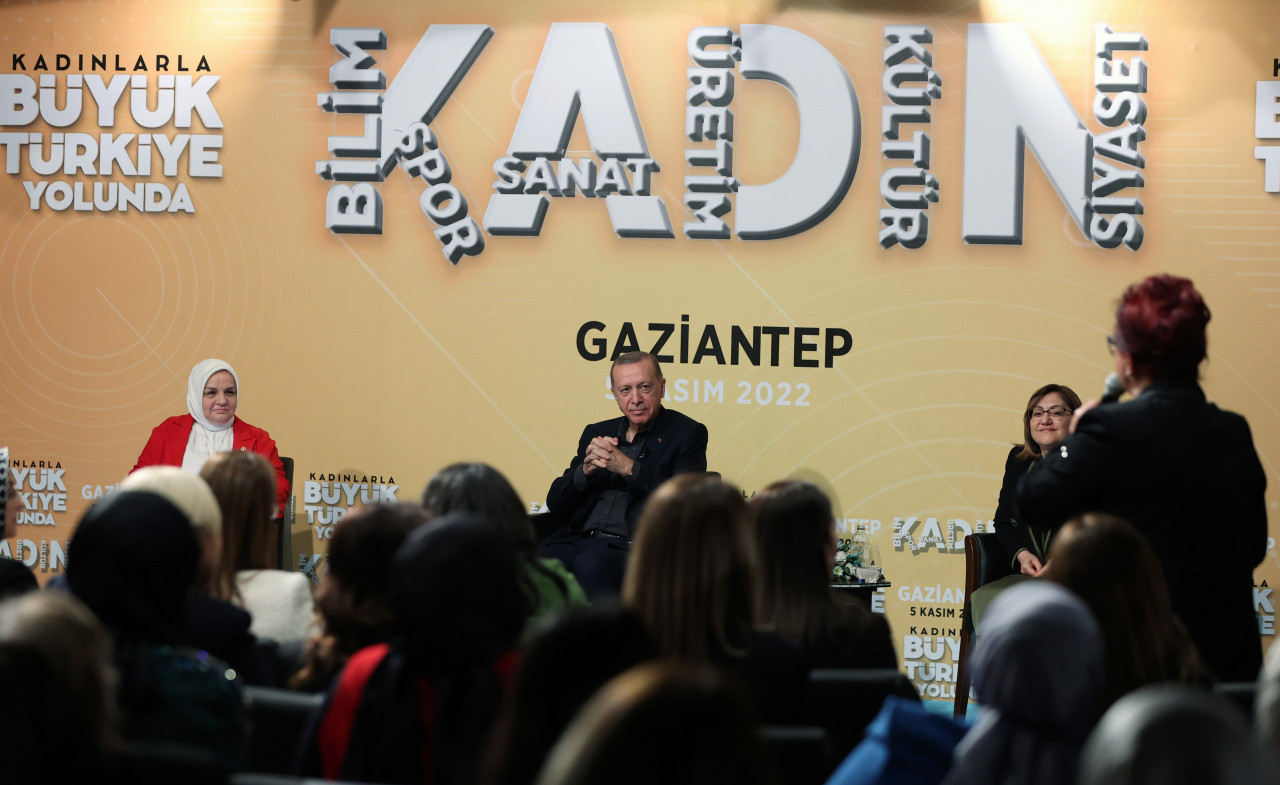 Erdoğan stated that they held a meeting with the leaders of the chamber of industry and commerce, the stock exchange and the parliament in Gaziantep. Explaining that the authorities have increased the export figure of 10 billion dollars to 11 billion dollars as of today, Erdoğan said, “They have an even bigger goal. We set ourselves the target of 1 billion dollars a month and said, ‘This is worthy of Gaziantep.’ They set this as their target. With 1 billion dollars, Gaziantep has surpassed Ankara by catching 12 billion dollars a year. It will reach a further position.” used the phrases. President Erdoğan stated that Gaziantep is experiencing all sorts of troubles in its heartland, from cruel administrations to terrorist organizations. Expressing that Gaziantep is now a symbol of peace, security, stability and as a result of prosperity, Erdoğan made the following assessments: “Currently, it has two universities, of course. It is in a different position with its high schools. Gaziantep has embraced the oppressed and the victims for years, despite the great burden it has shouldered. It is impossible to describe the lessons of humanity given by the . This is such a city and we are a city that deserves the title of veteran. Of course, Ms. Fatma is also successful, especially in terms of setting an example for our women with her success here. Erdoğan emphasized that for 20 years, he wanted to raise all women in the country to the place they deserve in every aspect of life, as they are the pillars of their families, the eternal teachers of their children, and they draw their inspiration from these environments. Stating that while they are empowering women in Turkey with the reforms they have made on the legal ground from the Constitution to the laws, and the support they provide in every field from education to employment, Erdoğan said, “There are many values ​​that each of our citizens, men and women, will add to our country. We have female rectors among us now. New and new. We have female rector candidates in question. With all this, the change and transformation in our universities adds a different richness to this process.” he said.

Reminding that they have taken a step on the family issue, Erdoğan said: “As we do not find this legal regulation sincere at a time when opposition is coming our way, let’s move this issue to a constitutional regulation and make sure that it is not just the headscarf issue, but also ensure that We decided to place the concept of family here in a way that would not allow any trouble in the family by putting the family issue on a constitutional basis. They said, “There is nothing to be feared or feared. Strong families give birth to strong nations. This is what needs to be done here. Let’s create strong families so that we become a strong nation. There is no need to worry about this. Weak family types weaken a strong nation. We give this opportunity.” That’s why we do this work together with you. According to what you will contribute to us, we would like to benefit from these contributions. Let’s go to work patiently. After the Plan and Budget negotiations are over… When all the lines between men and women are removed, how will it be possible to continue the richness that women add to themselves and to humanity? We need to handle this. Based on these truths, we are determined to follow a policy that will sustain and develop the family in the strongest way, while supporting women in all areas of life. With the latest constitutional amendment, which we are preparing to propose, we will have put a barrier in front of the threats against our family institution and human nature. Our colleagues continue their work on this issue with their women’s branches. I hope we will build the Turkish century with our women.”

Erdogan listened to the success stories of women from Gaziantep

TUBITAK Marmara Research Center (MAM) Polar Research Institute Director Prof. Dr. Burcu Özsoy shared the achievements of the first expedition to Antarctica launched in 2017 and information about the 7th expedition to be held in 2023. Businessperson Türkan Jülide Konukoğlu talked about her work on the rediscovery of the Gaziantep-specific kutnu fabric and her activities in 68 countries with the Kutnia brand. Regarding the 7th National Antarctic Science Expedition to be held in 2023, Erdoğan said, “I think Özlem Zengin will join your new departure. She recently took permission from me, ‘Can I go?’ I said, ‘What do you mean. Good luck.’ Although he had not yet been Deputy Group President at that time.” said. When it was stated that the ship’s work normally takes 30 days, but 7 days will be enough for the Antarctic stations and the representation of Turkey, Erdogan said, “Good luck.” gave the answer.