President Erdogan: We will save the investor from the persecution of interest 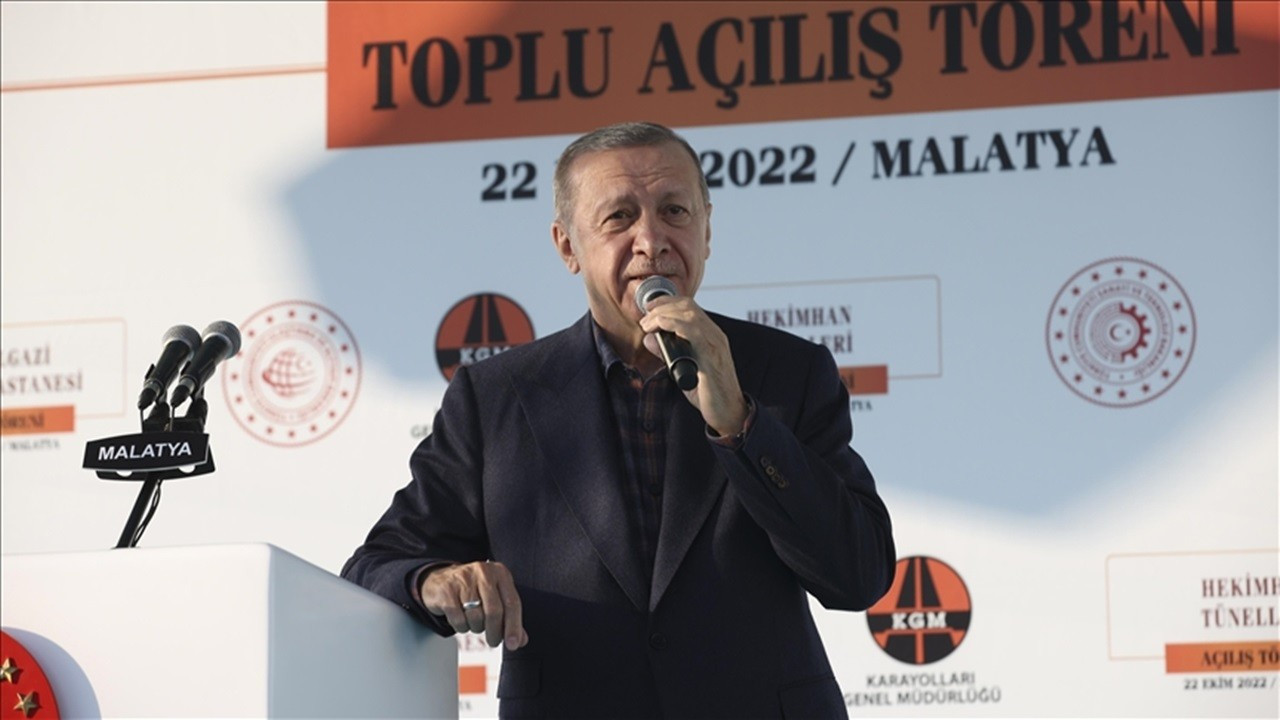 President Recep Tayyip Erdoğan spoke at the collective opening ceremony of Battalgazi State Hospital, Hekimhan Tunnels, Dried Apricot Licensed Warehouse and Exchange and other completed projects in Malatya. Making statements regarding the agenda, President Erdoğan stated that they are determined to reduce the interest rate to single digits and said, “I hope the interest rate will decrease to single digits. We will save our investors and citizens from the persecution of interest.” Providing information about the investments they will open, Erdoğan stated that they have officially put into service 9 different projects from kindergarten to high school in education, and that they have opened the 300-bed Battalgazi State Hospital and 100-bed Doğanşehir State Hospital in health, as well as health investments in various districts. , gave the following information about other investments, especially transportation: “The 104-kilometer Hekimhan road connecting Malatya to Sivas in transportation, 8 tunnels over 6 kilometers on its route. We drilled mountains. We are officially putting into service with 8 tunnels and 14 bridges of 2.4 kilometers. Do you know what will be the travel time on the route thanks to this road, which has a tender price of 711 million liras and the current figure of 2.6 billion liras? It will be shortened by 35 minutes. This is worthy of Malatya. What should we do with longer routes in less time? We said, ‘Let’s shorten it’. In the same way, we are opening the Battalgazi Junction and the Road and the Hanım Çiftliği Bridge into service today. Today, we are making the official openings of the service buildings of our various institutions, especially the 400-person repatriation center of our Migration Administration, and the production base of our Red Crescent.” President Erdogan, TOKI’s 3,482 residences completed in Battalgazi, Pötürge, Kale, Doğanyol, Yeşilyurt and Yazıhan districts. Expressing that they will also open the village house with a stable and a stable, he wished the right holders to live in peace and health in these houses, whose investment cost is 1 billion 94 million liras. Stating that they will officially open 30 different works and services, from asphalt to landscaping, road infrastructure, apricot warehouse to bread factory, Erdoğan stated that they will also open the completed works of Yeşilyurt, Battalgazi, Kale and Yazıhan municipalities, and with the support of the private sector by the public. He also said that they will open 9 different projects worth 73 million liras today. Erdoğan also stated that the private sector has brought 19 different factories to the country and the city in the organized industrial zones with the current investment value of 4 billion 700 million liras.

Call for a referendum on the headscarf

Saying that CHP Chairman Kemal Kılıçdaroğlu has reopened the nation’s encrusted headscarf debate, Erdoğan called for a referendum on the headscarf. Erdogan said: “If the proposal we will present to the parliament is accepted with a quorum, it will be an important gain for Turkey. If the opposite situation arises, we will continue our struggle to bring our country to a new, civil and libertarian constitution, especially after the election. We can even do this. I am explaining this for the first time in Malatya today. We can also do this, what is it? We are determined not to leave any obstacles in the way of realizing our 2053 vision, which will bring our country to the top of the world league and raise the welfare of our nation to the highest level.”

Stating that Istanbul will become a center of natural gas, Erdogan said: “The terrible cost of living in the world, which is a product of the reflections of the global economic crisis on our country. I hope we are reducing the interest rates as we have been reducing the inflation and interest rates since the New Year’s? We will come down and save our investors from the persecution of interest, we will save our citizens. Did we do this in the past? We did it and we lowered the interest rate up to 4.6 and where did the inflation fall then to 5.6. We will raise the income level of our people from all walks of life. Let’s see then What will they say? Of course, we don’t even need to say that they do not have any projects or programs that will either prevent the cost of living, reduce inflation, protect employment, or maintain production.”