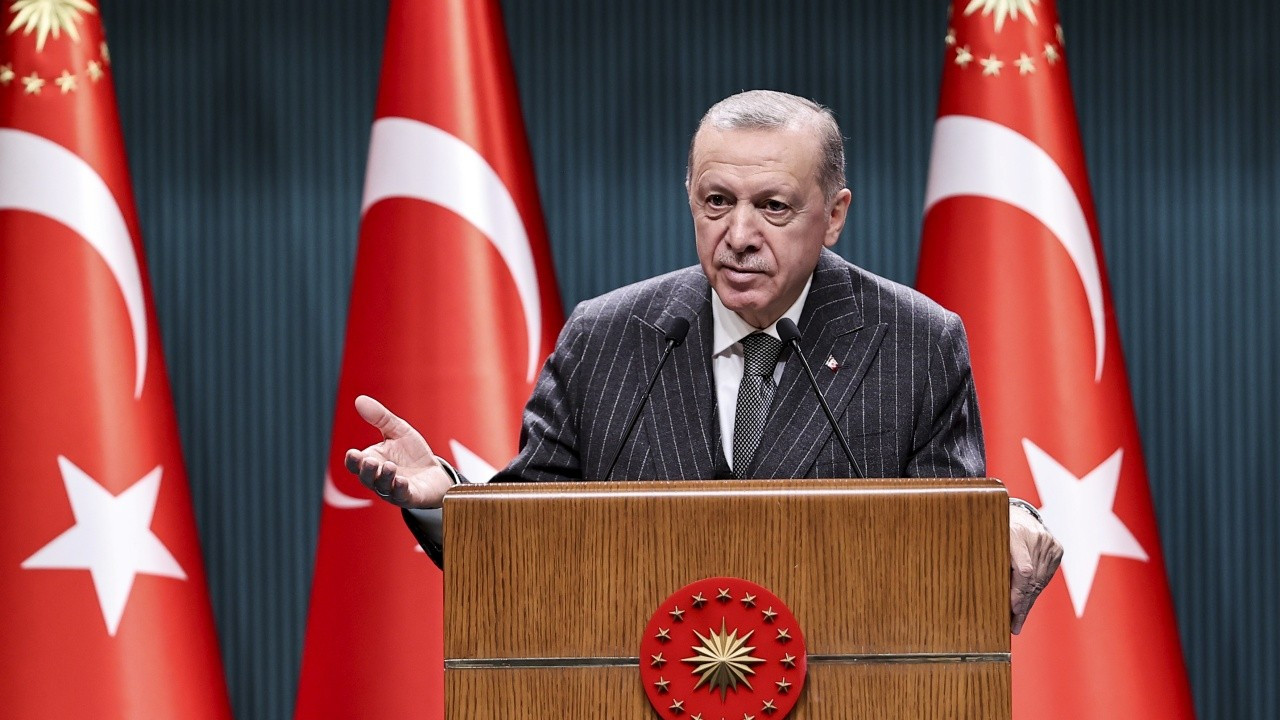 Reminding that they announced the details of the good news of crowning the housing projects they carried out in Turkey’s 81 provinces and districts with a new campaign to make citizens homeowners, on September 13, Erdoğan said, “This campaign, which we named as ‘My First Home, My First Workplace’, includes a total of 500 thousand social housing, It covers 250 thousand residential plots and 50 thousand workplaces. In the first phase of the campaign, we plan to complete 250 thousand residences, 100 thousand residential plots and 10 thousand workplaces within 2 years and deliver them to the beneficiaries. The demand collection process will continue until the end of next month. We are laying the foundation of the first slice of housing on October 25.” said. Pointing out that the campaign, whose number of applications has already reached 5 million, will be the biggest social housing breakthrough in Turkey to date, Erdoğan continued his words as follows: “As a government that has built 1 million 170 thousand houses in the last 20 years, it will complete 250 thousand social housing in 2 years , and then we are determined to implement this project, which will quickly increase it to 500 thousand. I wish good luck to our country and our nation.” Expressing that they have been following the efforts of those who could not compete with the AK Party government in works and services to defame the campaign with their delusions based on lies, mistakes and slander, Erdoğan said: “As we always say, we have longed for an opposition with which we will compete in works and services for 20 years. We will continue the same search.” said.

President Erdoğan emphasized that they are making an effort to increase the dormitory capacity from 182 thousand beds to 850 thousand beds and to ensure that no young person is deprived of their education due to the housing problem. Noting that in the past, a very small portion of the students who applied could be placed in dormitories, they increased this to 90 percent, reminding that with this understanding, they opened 105 new dormitory buildings on September 14th. Stating that thanks to the increased capacity, they have achieved an 80 percent demand fulfillment rate even in the first placement, Erdoğan said, “I hope this rate will increase over time. Today, Turkey’s higher education dormitory capacity is higher than most of the European countries combined. Therefore, our students’ accommodation problems are subject to political abuse. It is clear that those who want to make it an intermediary do not know about the world or Turkey.” he said. President Erdoğan noted that Turkey is the country with the most advanced social state application in the world in terms of loans and courses, and that every student who applies can get a loan and every student who meets the conditions can get a scholarship.

Erdoğan stated that the regulation regarding the ability to make loan payments only on the principal and the cancellation of additional debts in the past will also come to the agenda of the Parliament in October. Expressing that in the past, they also removed the university fees, which were the cause of tension, at the opening of each academic year, Erdoğan said: “On this occasion, we want to give good news to our university students. “We increase it to 60 liras. Thus, we increase the nutritional aid to 1800 liras per month with a 2.5-fold increase. Our aim is to continue to provide quality and satisfying meals to our university students in our dormitories. I wish the new nutritional aid figure to be beneficial to our youth.” Expressing that they came together with the business world at the 140th anniversary of the Istanbul Chamber of Commerce award ceremony on Sunday, Erdoğan said that they had the opportunity to evaluate the work of both the Istanbul Chamber of Commerce and the Chamber President, Şekib Avdagiç, and to re-examine their economic programs. President Erdoğan said, “While international organizations are constantly revising the growth expectations of the global economy and developed countries, Turkey’s growth rate, on the contrary, is constantly increasing. This alone is a sufficient sign to show the magnitude of our country’s potential and power.” said.

Over 5 million tons of grain were shipped from Ukraine

President Erdoğan announced that over 5 million tons of grain has been shipped from Ukraine so far. “The continuation of the diplomatic success achieved with the opening of the grain corridor, especially with the prisoner exchange, has been a proud development for our country,” Erdogan said. used the phrases. President Erdoğan said: “We follow the policies of our neighbor Greece, which smells of provocation and provocation, as an example. We know that the real intention of those who provoked Greek politicians to attack us is to hinder our program to build a great and powerful Turkey. The foreign military buildups that look like invasion should not bother us, but the real Greek people. Neither those military buildups nor those political and economic supports are enough to raise Greece to our level, but they are enough to drag Greece into the swamp. (Greece’s provocations) This is a dangerous game for both the Greek politicians, the Greek state, the Greek people and those who use them as puppets.” President Erdoğan said, “Only 22 days of this month, 51 thousand vehicles used the Osmangazi Bridge on average. The vehicle guarantee rate has increased to 116 percent, above the guarantee figure. The average daily vehicle pass on the Yavuz Sultan Selim Bridge has exceeded 113 thousand.” said.

Erdogan said: “Istanbul Airport, which has become one of the most prestigious brands of our country in the world, hosted more than 5 million passengers with 30 thousand 970 flights on 22 days of this month. ” President Erdoğan said, “Instead of monthly, it will be paid when the products are sold at the end of the harvest and when income is obtained. Ziraat Bank will collect the interest-free loan it will open at the end of the harvest period and will receive the cost of its cost from the treasury. Our farmers will be able to pay off their past electricity debts with a maturity of up to 5 years and an interest-free repayment opportunity. ” he said. “We are determined to bring our citizens to a warm home in the snow and winter by providing natural gas support of 3 billion liras during this period. We are expanding the scope of our Turkey Family Support Program and increasing its budget to 40 billion liras with an additional 25 billion liras,” Erdogan said. used the phrases.