Participants from 47 countries come together at the Bosphorus Summit 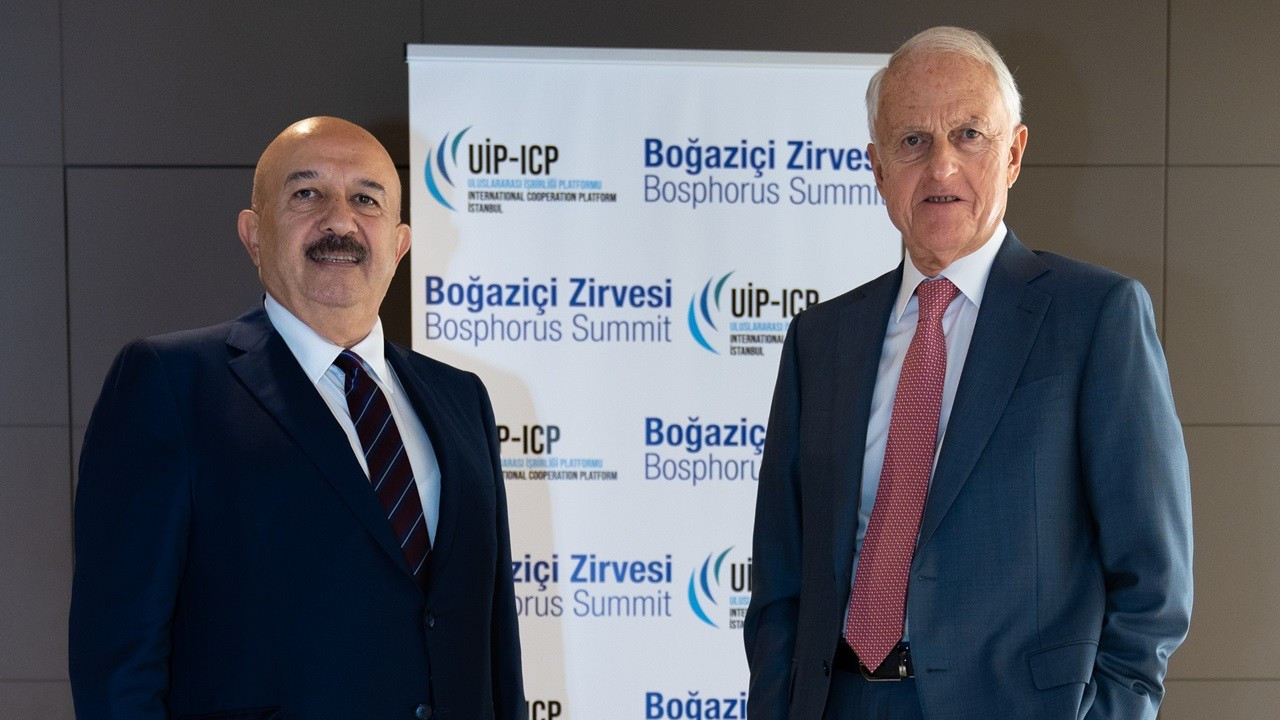 The 13th Bosphorus Summit, with the theme of ‘Great Transformation’, will be held in Istanbul on 10-11 November by the International Cooperation Platform (UIP). Speaking at the press conference held before the summit, UIP Founder and President Cengiz Özgencil said that 47 countries and over 100 participants and speakers will attend the Bosphorus Summit this year, and that in the 13th year of the summit, Turkey’s interests are at the forefront, step by step independently and strongly. stated that it is progressing. Noting that the summit has an important place in becoming an organization that steers the economy, Özgencil said that 23 panels will shed light on many issues from economy to culture and arts, from technology to digitalization, from energy to agriculture and food security, and that, as in previous years, at the summit, very important economic cooperation and cooperation will be achieved. He said investments will be made. Özgencil stated that the summit is a platform of thought and said, “I have always believed that when international companies come, if they can believe that they have found the environment they are looking for here and can support them, then you will start the branding process in terms of sponsorship. In order for this place to remain independent and authentic as well as become a brand, it will be an institution or a brand. I chose the difficult one without getting support from the state. Another pillar of the organization is B2B meetings held under the roof of UIP. Business people in the A and B status come together with B2B meetings, starting important and high-value business deals, and commercial relations are facilitated.” said.

“Turkey’s increasing importance is closely watched by the world”

Expressing that there is a great interest in the summit due to the full recovery from COVID-19 this year, Özgencil said, “The increasing importance of Turkey in the new world order after the pandemic is being closely watched by the whole world. The Bosphorus Summit, as in previous years, will host important economic cooperations this year as well. and agreements. The summit will offer very important opportunities to show the investment opportunities in Turkey and attract foreign investors to our country. Turkey, which has become one of the favorite countries with its strong supply chain and geopolitical importance in the changing world, is followed by foreign investors. We expect the increasing foreign interest to continue at the Bosphorus Summit.” he said. Cengiz Özgencil noted that as in the past 12 years, experts from different countries of the world will come together to explain their ideas and suggestions at the Bosphorus Summit, and that it is a great honor to host such high-profile participants in Istanbul. Expressing that the Bosphorus Summit also contributed to tourism and the promotion of Istanbul, Özgencil said: “We are expecting more than 100 delegations. Former Egyptian Foreign Minister and Presidential candidate Amr Musa is coming. I hope they have important meetings here. Prince Hasan from Jordan. The Secretary General of 7 countries from the Gulf Country is coming. The Minister of Tourism and Economy of Tanzania is coming. The Minister of Finance of Nigeria is coming. The Lord is coming from England, academics are coming from the USA. He is coming from France, Germany and England. There are more than 7 participants from the United Arab Emirates. Our Minister of Agriculture, Deputy Minister of Foreign Affairs Faruk Kaymakçı, Deputy Minister of Energy are attending from Turkey.”

President of the UIP Honor Board Rona Yırcalı also stated that the privilege of UIP is important in terms of bringing people from the public administration, business world, politics and art circles together in a dialogue and meeting on many issues, both at the national and international level, and that such organizations contribute to the country. . Yırcalı said that the Bosphorus Summit, which started in 2010, was held without interruption, including the epidemic years, and that the 13th one will be held this year. Yırcalı stated that the main theme of the summit this year is ‘Great Transformation – Driving Forces of Global Change’ and said, “We try to hold the summit every year on the issues on the world agenda. We want to have an attractive meeting for the participants from both Turkey and the world so that we can get their views. Our panels on various topics. “We will have conversations. For example, there will be topics such as technology, security, agriculture, tourism, equality. We will also have a panel examining investment opportunities in Turkey. Since it is November 10, a panel will be held under the title ‘Atatürk and the World’ before we start our main meeting.” he said. Noting that the most important issue in the world is change due to the great impact of the epidemic in the last 3 years, Yırcalı concluded his words as follows: “It is known how much change the pandemic has brought, let alone closure and economic wear, on human health. Besides, there are economic crises. We are thinking about issues that we never thought about 2 years ago. When we said the effects of the Russia-Ukraine war, energy issues came in. We did not think that the FED would constantly raise interest rates. I would like to point out that we are facing changes that we never expected. That’s why I think we chose our title well.”

Panels to be held at the summit

At the summit, which will start on November 10, the panels will be held in 2 separate halls. The panels that will be held for 2 days at the summit, which will start with the “Great Transformation” roundtable meeting, are listed as follows: Thursday, November 10: Metaverse, Corporate Governance and the Future of Companies, Alternative Tourism and Investment Opportunities, Investment Opportunities in Turkey, UNDP, New Aspect of Security: Agriculture and Food, Commercial Ways of Housing (Construction), Energy in the Next Decade, Is There a Limit in Technology?
Friday, November 11: Important Ally in NATO: Turkey, EU Candidates’ Security Dilemmas: Western Balkans, Fintech and Digitization of Money, Gulf Cooperation Council’s Integration Process, International Trade Routes (Water, Air, Land), Women in Economy from a Gender Perspective, Turkish – Arab Dialogue, Rediscovering South America, Defense Industry and National Security, Citizenship and Investment: Constructing Identity through Real Estate Value, Yes to Art.