Minister Muş: We have reached an important stage in statistics studies 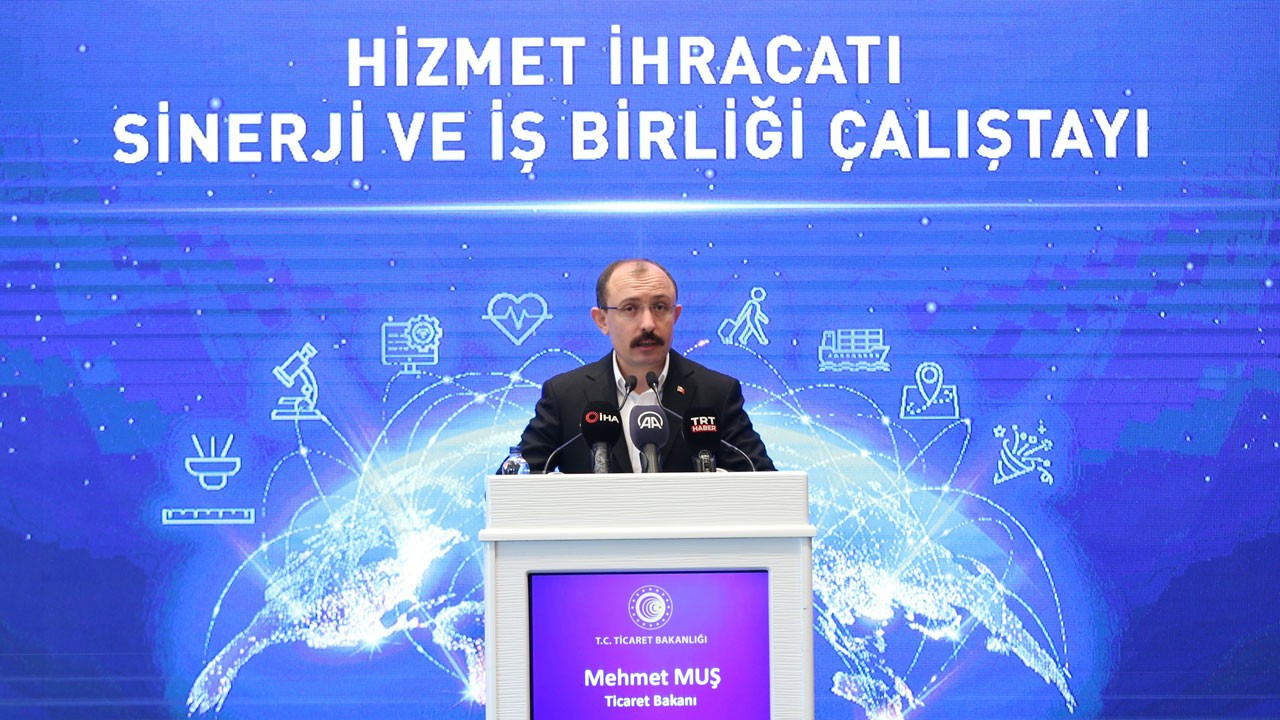 Trade Minister Mehmet Muş attended the Service Export Synergy and Cooperation Workshop organized by the Service Exporters’ Association (HİB) in Sapanca, Sakarya. In his speech, Minister Muş stated that service exports increased by 62 percent compared to the previous year and reached 57.5 billion dollars, and the balance of services reached 26.7 billion dollars in the same period. He said that this amounted to 33.1 billion dollars, an increase of approximately 70 percent compared to the previous period. Muş noted that their ultimate goal for foreign trade is to raise this rate and permanently remove the current account deficit from the agenda of the economy.“We have completed extensive legislative work” Minister Muş emphasized that they have completed comprehensive legislation studies by taking into account national and international developments in order to improve the service sector and shared the following: With the Decision on Supporting Networks, we support the establishment of facilities that will enable the management of all end-to-end logistics processes abroad for the first time. Thus, we will develop infrastructure opportunities that will enable our exporters to penetrate international supply and distribution chains faster and at competitive prices, and that will sustain our exports in important markets. We aim to increase our exports of goods and to bring our logistics and transportation sector to a competitive level worldwide.” Mehmet Muş stated that as the Ministry, 1.9 billion liras of support has been provided to exporters since 2012, and that they will continue to provide stronger support with new decisions. Emphasizing that these new decisions, which will increase international competitiveness and are suitable for the conditions of the day, will strengthen their strength in the service sector and provide companies with more competitiveness and mobility in international markets, Muş said, “However, our Ministry plays a leading role in improving service trade statistics so that our export revenues can be measured accurately. We have reached an important stage in statistical studies, especially health care export statistics. As a result of all these efforts, Muş broke a new record in service exports and said that they expect the Union to exceed the 2022 year-end targets they had previously set. Noting that the service sector will thus play an important role in closing the current account deficit by bringing Turkey’s service exports to record figures, Muş said, “Of course, our service exporters and our Union, which works with great devotion, will contribute greatly to these successes. Our service exports, the support of the public as a result of these efforts, and the creative power of our private sector will make a name for themselves. At this point, the impact of cooperation, coordination and devoted efforts between our Ministry and our Union is enormous.” used the phrase. Stating that they followed and supported the Union’s efforts and contributions on the way to carrying exports to the top, Muş concluded his words as follows: “I am pleased to see that the workshop we held today yielded successful results for the benefit of our country. As a result of these studies, sectoral analyzes, road maps and new inter-sectoral cooperation opportunities will be created, and I am here, making sure that the infrastructure for future records is prepared with forward-looking strategies.” “We aim to export 90 billion dollars by the end of 2022” Ahmet Bolat, Chairman of the Board of Directors of HİB, emphasized that they have been working non-stop since the day they took office, and they have made efforts to raise the sector to the level it deserves. Stating that they identified the problems and developed solutions, and tried to pave the way for more and value-added exports, Bolat said, “Our service sector, which realized an export of 57.5 billion dollars in 2021 with an increase of approximately 60 percent compared to the previous year, managed to achieve a trade surplus of 26.5 billion dollars. Our goal is to achieve 90 billion dollars of exports by the end of 2022 and to reach 130 billion dollars in 2023.” made its assessment.