Minister Kirişci: We have reached the final stage in the contracted production model 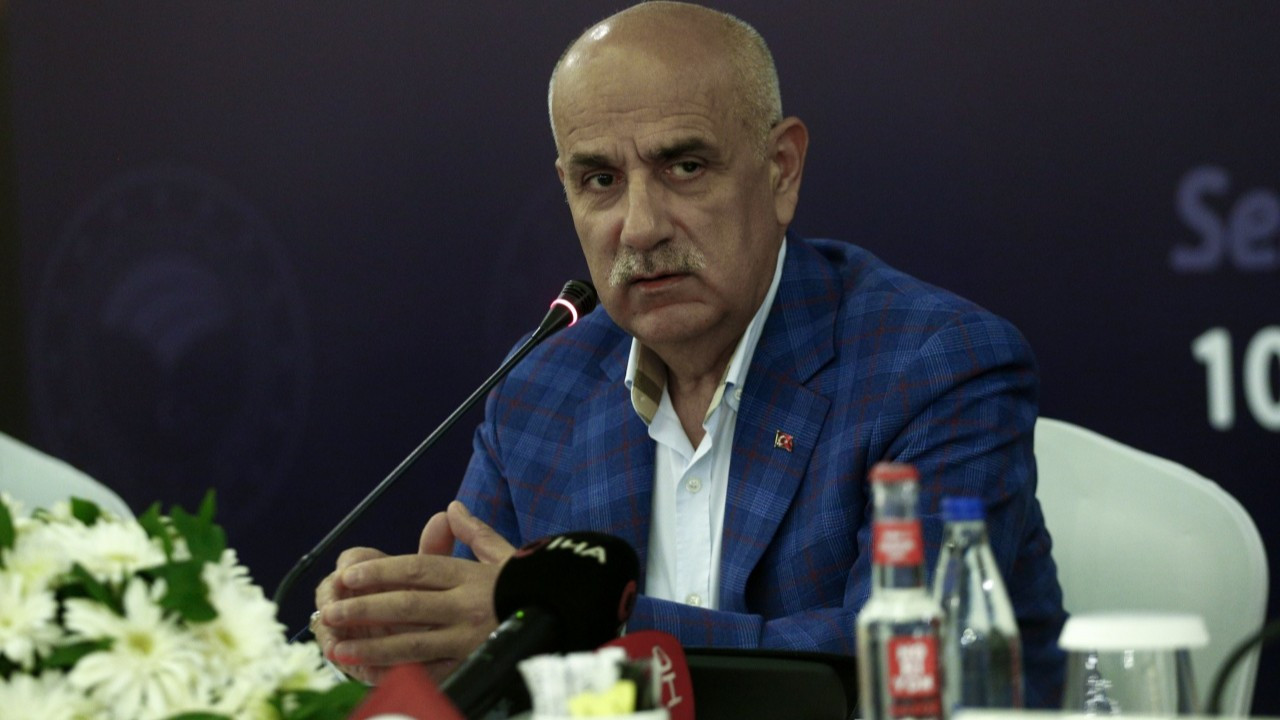 Minister of Agriculture and Forestry, Vahit Kirişci, in his speech at the Agricultural Sector Representatives Meeting held in a hotel in Nevşehir, said that they visited the provinces knowing that it is important to come together with sector stakeholders. Stating that situations such as climate change and the COVID-19 epidemic bring about the deterioration in food-related production and supply chains, Kirişci said that this situation peaked with the Russia-Ukraine War. Expressing that the most basic inputs in agriculture, both in plant and animal production, are diesel and fertilizer, Kirişci said: “We are in a position to import these from abroad. The price increases in and after the period affected our industry and Turkey negatively. He continued to produce during and after his period. Thankfully, this precious behavior of our nation has continued until today. I hope it will continue from now on. It has been a little over 6 months since I took office. Therefore, as of the day we arrived, whatever we said that day is still theirs. to fulfill the requirements and we are working.”

Pointing out that Turkey is in a position to produce its own needs with its land assets and biological riches, Minister Kirişci continued: “When the AK Party came to power in 2002, the population of this country was 65 million. Today, the population of the country is 85 million. That’s why I say this. This country is in need of this, ‘it was in need of this.’ I would like those who ignore the producers of this country and disrespect their labor to the extent that they can say, think once again who fed the 20 million population that has increased in the last 20 years. A population that is almost one, one and a half times, and twice the population of even countries that cannot be finished, has been articulated in the last 20 years. a year. Just this? No. Our exports have increased. Our exports, which were 3.7 billion dollars, are 25, 27, now going to 30 billion dollars. And what? Turkey is an exporter. I mean, it is the one that exports and imports what it produces for its own people. “The agriculture sector, however, is a sector with a foreign trade surplus. The producers of this country realize this. Therefore, we focused ourselves on exports, not imports, of course. We expressed that while exporting, Turkey should pay attention to its own needs and take these into account as well.” Pointing out that they are working for the welfare of the producer, Minister Kirişci said, “As of today, we have around 6 million 200 thousand tons of wheat and barley stocks.” he said. Kirişci stated that they gave a lot of support as a ministry, that a lot of support that will ensure people’s happiness causes complexity and they will go for simplification in this regard. Noting that they distributed seeds with a 75 percent subsidy for the cultivation of many crops in unplanted areas, Kirişci said that within this framework, they provided a decrease in unplanted areas. Pointing out the existence of uncultivated areas due to migration from rural to urban areas through heirs, Kirişci noted that these areas will remain empty for a maximum of one year, and that if they are not cultivated for another year and no production activities are carried out on them, they will allow them to be leased to the closest producers who carry out these activities.

Minister Kirişci stated that they will make changes in the legislation related to contract production and continued his words as follows: “We have brought the regulation to the last stage by expanding the contracted production, which has been applied in sugar beet for years and has always been successful in that field because it has been applied, a little more as a concept, legislation and practice. “I hope, God willing, when the parliament opens, the contracted production model will also come into play. Contracted production… Some words are used a lot, but the meaning of these words is not taken into account because of this intensity. I will say it in one sentence. Those who want to produce and those who want to buy this production.” bringing together the production in that area, which is actually needed by the country, we will keep the production in a certain balance. Because we neither tolerate excess supply nor tolerate supply deficit. We want the products we need to be produced by taking into account the safe stock.” how important you are Stressing this, Kirişci said: “It was published in the Official Gazette on September 6, 2022 by the Meat and Milk Institution a few days ago. I can already say that we have implemented the contracted livestock breeding project, especially with this Presidential decision. I would like to share with you that the details of this will be announced in the near future. Our Meat and Dairy Institution will offer a market and price guarantee to our producers through contracted livestock breeding. Monthly costs will be calculated by the commissions to be formed, and the purchase prices will be constantly updated according to the determined cost, taking into account the welfare of the farmer. Manufacturers who are given a purchase and price guarantee will be able to make five-year production planning very easily. Thus, the breeders will secure their income. They can unilaterally withdraw from this contract if they wish. I would like to state that we will also subject our breeders to training programs to increase productivity within the scope of the project. We attach great importance to this, and we want this to be implemented completely and completely, especially in an activity in a production field such as animal husbandry.” Minister Kirişci added that they will also include the producer in the registration system via e-Government by using technology, and that they will bring government agency employees and producers together only in electronic environment.