Minister Kicirci: We are in a net exporter position in agriculture and food 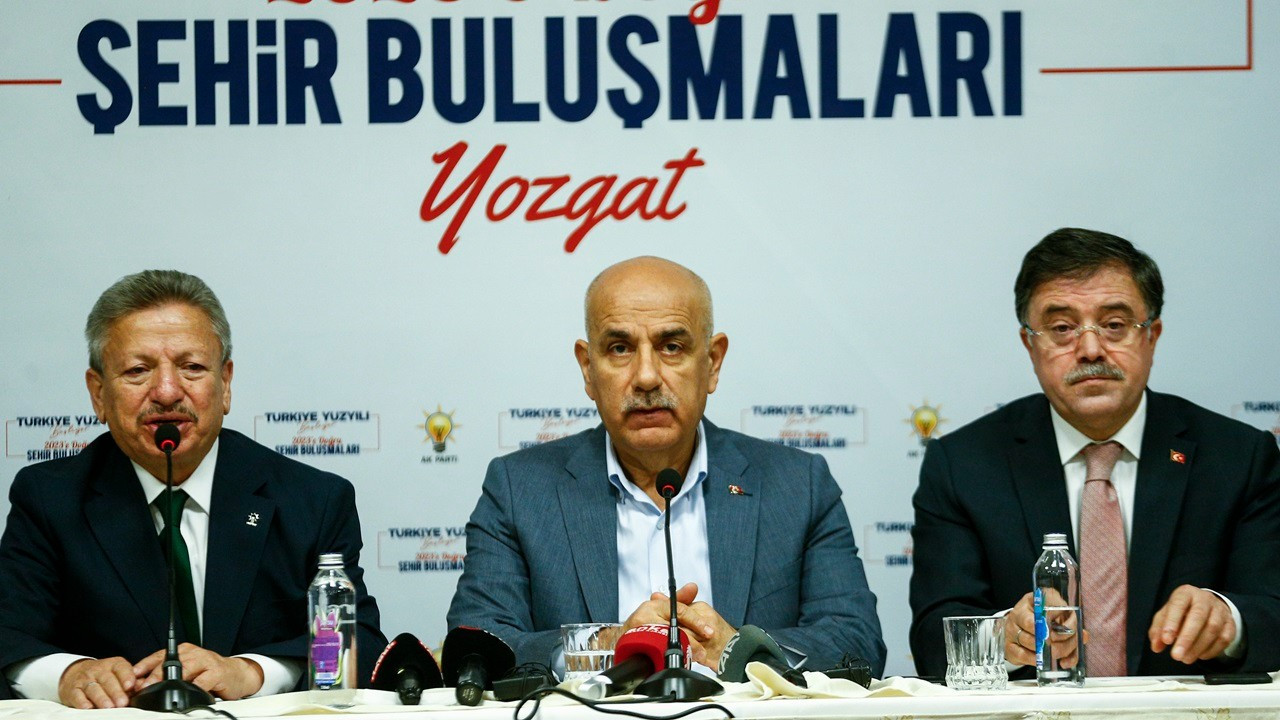 Minister of Agriculture and Forestry Vahit Kirişci made statements regarding the agenda in the program “The Turkish Century Begins, City Meetings Towards 2023” held in Yozgat. Indicating that the Grain Corridor is a corridor of humanity, Kirişci said, “Even though more European countries benefited from the opening of the corridor, this situation made the whole world happy and increased Turkey’s reputation. So far, 60 percent of the 10 million tons of grain shipped through this Grain Corridor has gone to Europe, 27 percent to Asia, and 13 percent to African countries. As Turkey, we especially focus on the least developed countries benefiting more from grain shipments.” Referring to the joint work with the Ministry of Commerce, Kirişci said, “We aim to give the free wheat to be bought from Russia to underdeveloped countries free of charge after processing. We have done and are doing what suits our nation and state during these processes. “We are the country that gives aid. We are the first in the world ranking. It is an honor for us. At this point, we see strong and great Turkey as indispensable for the well-being of not only our nation but also the world.” he said.

“Agriculture is strategic for every country”

Kirişci stated that food and agriculture are of strategic importance for every country, that they know that agriculture is a matter of national security and that necessary steps have been taken in this direction. Expressing that the amount of crop production increased by 21 percent in the last 20 years and reached 118.4 million tons in 2021, Kirişci said, “Our agricultural gross domestic product, which was 25.1 billion dollars in 2002, increased by 78.1% in 2021 to 44.7 billion dollars. “Our country ranks first in Europe with a total agricultural output of 44.7 billion dollars in 2021. We expect our crop production to exceed 127 million tons this year, increasing by 8 percent compared to last year. This will hopefully be a historical record for our country in total crop production.” said. Noting that the stock of cattle, 83.4 percent and 58.6 percent of the number of ovine animals in animal husbandry has increased in the last 20 years, Kirişci continued his words as follows: Our seed production has increased 9 times and our seed exports 12.6 times per year. While the ratio of exports to imports in seed foreign trade was 31 percent in 2002, it increased to 94 percent in 2021. Our self-sufficiency rates are 102 percent in wheat and 10 percent in sugar beet as of 2021. “It is 100 percent in potatoes, 107 percent in potatoes, 122 percent in chickpeas, 114 percent in dry onions. In animal products, we are at the level of 100 percent in red meat, 107 percent in milk, 136 percent in white meat, and 123 percent in eggs. We are the European leader in fish production.” Noting that the producer has a huge share in the developments in agriculture, Kirişci said, “The support budget, which was 1.8 billion liras in 2002, increased to 39.2 billion liras in 2022. We motivate our farmers with the support purchases we make, we protect their sweat. We increased the price of sugar beet by 245 percent, dried beans by 158 percent, and raisins by 108 percent, compared to the previous year.” said.

Noting that they will definitely make production in a planned manner, Kirişci said: “We will put an end to an application where anyone can produce what they want, in the production area they want. We will definitely bring the condition of obtaining permission. With this permission, Turkey’s supply deficit will be affected in which areas, especially in strategic products. On the other hand, we will ensure that our producers concentrate on the products where there is a shortage of supply.Urban agriculture, for example, our Yozgat is one of our cities that can lead to this, especially in terms of its geothermal potential, so we will ensure that a city’s own needs are met by using the infrastructure and superstructure of this city. That is, we will build greenhouses, shelf Thanks to the production of products with a short lifespan in these greenhouses, we will both avoid logistics costs and consume our products in a fresher way.More importantly, our Yozgat lost population constantly and transferred this population to other provinces, paving the way for returning to Yozgat again this time in the opposite direction from this population movement. and We will increase employment especially in rural areas.”