Minister Dönmez: We will exceed 6 billion dollars in mineral exports 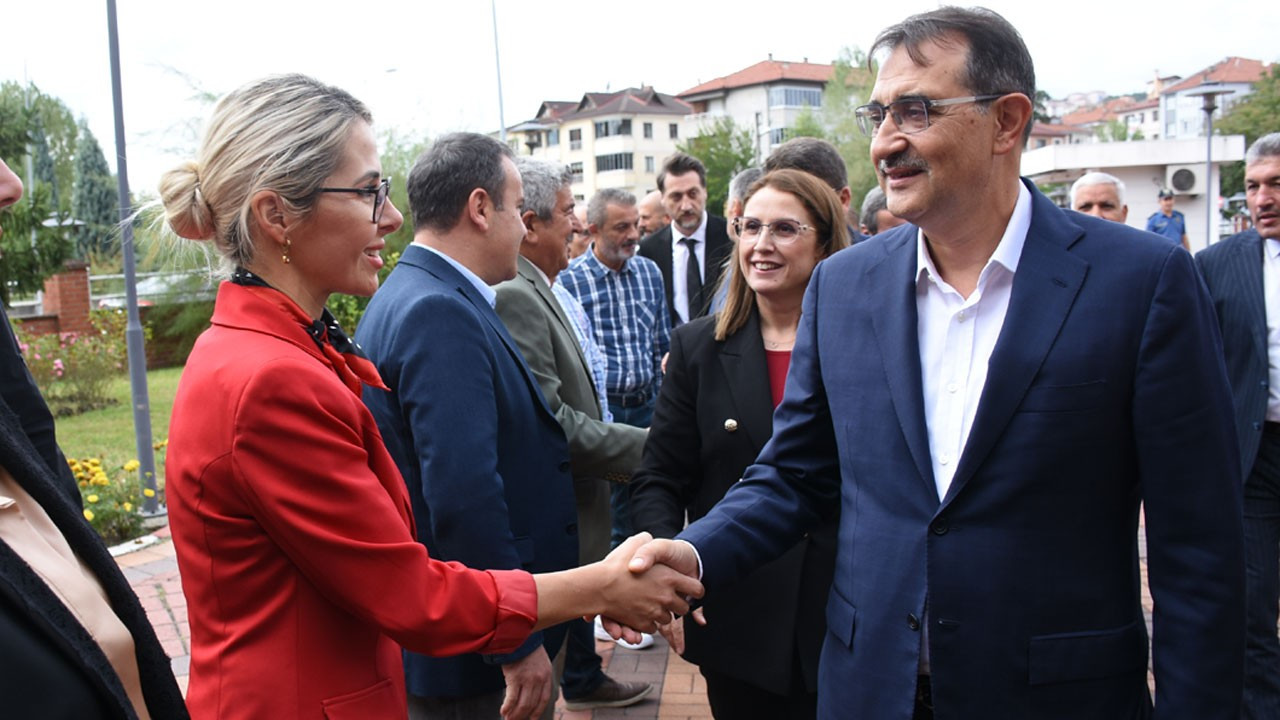 Minister Dönmez inaugurated the 380 kW Transformer Center, which was built in the Bartın Organized Industrial Zone (OSB) with an investment of approximately 300 million lira by Turkey Electricity Transmission AŞ (TEİAŞ). Dönmez, who later met with the miners at the Turkish Hard Coal Institution (TTK) Amasra Institution, stated that they made a technical trip to the coal mine in Ereğli for the first time when he was in the third year of university and said, “Maybe we didn’t even touch the coal. We couldn’t recognize each other when we got out. The clock is there dealing with coal. Whatever others may say, the black of coal is more valuable than the yellow of gold.” said. Emphasizing that there have been some plans and programs against coal in terms of combating climate change, especially in Western countries, Dönmez said, “If we need to protect it, we will protect it together, but today they are all after coal. What happened when they were all after coal? Without gas. they all turned to coal.” he said. Pointing out that Turkey, which is one of the countries extremely rich in coal reserves, has approximately 20 billion tons of coal reserves with the latest discoveries, Dönmez shared the following: “Lignite and hard coal… 1.5 billion tons of this is in this basin. We are talking about high quality coal. But our annual production varies between 1 million and 1.5 million tons. When we look at it this way, you cannot finish this place in 1000 years. That’s why we say that no matter who produces it, production should increase, employment should increase. Maybe we don’t produce enough to export here. We import 30 million tons of coal annually. If we look at today’s figures, if we calculate that it varies between 300-400 dollars, there is almost 10 billion dollars of coal imports. It is underground, let’s take it out.” Noting that there is an early retirement due to wear in the mines, that there is a decrease in the number of employment from time to time, and that this situation may affect the production plans, Dönmez said, “Every establishment has a production plan. Workforce planning is made based on it. Friends are also working again. Then we will present it to our President. If necessary, we will make such an announcement here again.” said.

“We are now exporting the products we imported yesterday”

Reminding that the number of employees at the TTK is 8,600, of which 6 thousand are underground, Dönmez said: “We have a target to increase production. We need to switch to mechanisation. We will increase production and reduce work accidents even more. It is beneficial. We will use our physical strength less. But this geography is not easy due to the geological structure of the coal mine. Coal has made the slope and formation in this geography in the same way. The ability of mechanized systems to work on certain angles in mines is difficult, but despite this, our engineers R&D “We are realizing the mechanized systems unique to this region, despite the difficult conditions, by cooperating with our industrialists. The share of sweat is high in coal, but if we use our minds and add our wisdom, then both you and our administrations will be happy.” Stating that they care about mining, Dönmez said, “There are 142 thousand employees in this sector. When we look at their families and their side branches, we probably have to multiply by 5. At least half a million of our people eat from this business. Last year, we broke a record in mining exports with 6 billion dollars. This year “We will exceed this 6 billion dollars. We are now able to export the products we imported yesterday.” he said. Minister Dönmez also touched upon the promotional activities for the miners, “There are agreements made by the institutions with the banks in the past years due to the increased wages. Now, due to the increase in wages, these need to be updated. It has been passed on to me. We will work as much as we can in favor of the worker.” gave the information.

“Significant progress has been made regarding the working lives of miners”

Yılmaz Tunç, AK Party Group Deputy Chairman and Bartın Deputy, stated that important progress was made regarding the working lives of miners during their rule, and said, “What we can do is mining, mining is hard work. From time to time, we see those conditions when we go underground. Our duty is to make your working life easier. We will endeavor to do whatever is necessary from now on.” he said. Türk-İş Chairman Ergün Atalay stated that the promotions should be updated and said, “Our President and Minister have a word about the families of the martyrs; it is about the families of the martyrs getting back to work. I think the work is continuing about them. Nearly 4 thousand workers have retired, they need to be hired. ” said. After the speeches, the miners presented the miner’s lantern to Minister Dönmez.