Minister Dönmez: Our goal is to renew our boron export record 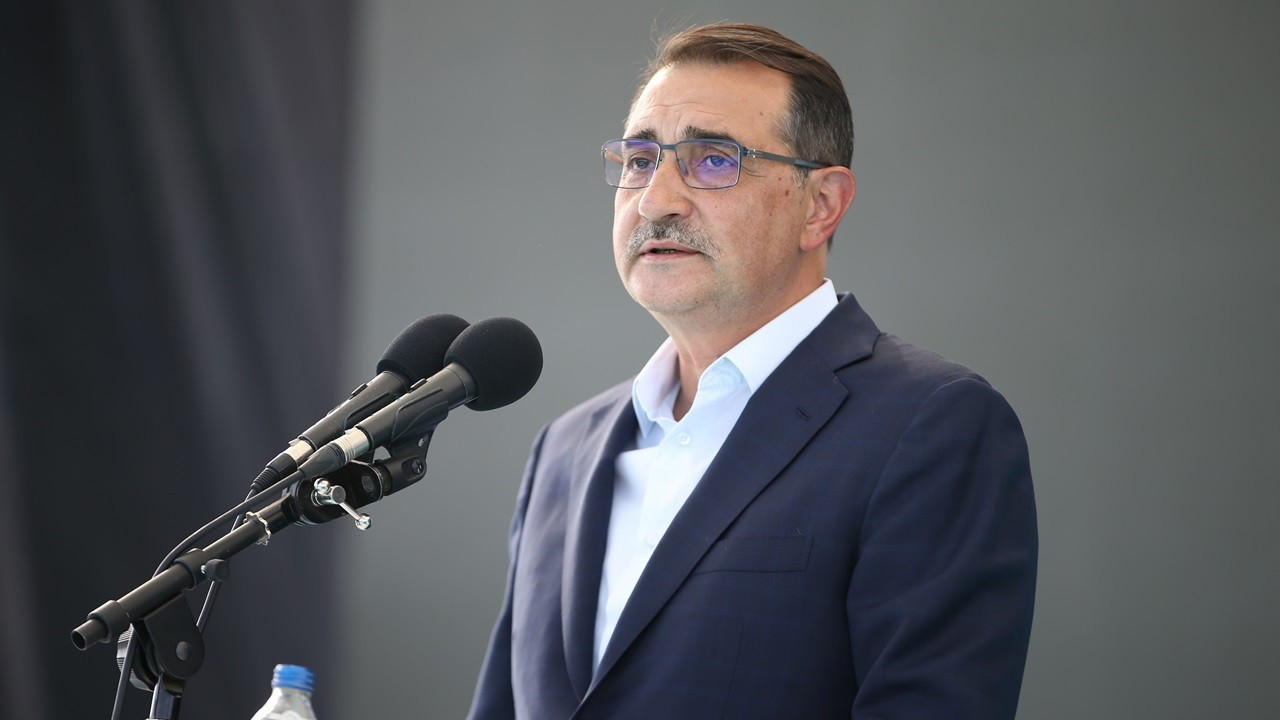 Minister of Energy and Natural Resources Fatih Dönmez made a statement at the groundbreaking ceremony of the ferrobor facility belonging to the Bandırma Boron and Acid Factories Operation Directorate of the Eti Maden General Directorate in Bandırma, Balıkesir. Emphasizing that new factories are rising all over Turkey, Dönmez continued as follows: “While Europe is making great efforts to keep the existing ones from closing, let alone opening new facilities due to the energy crisis, a new facility comes into operation every day in Turkey. Our existing factories also have capacity. They are looking for new lands to increase their growth. They place orders for new machinery and equipment. When we look at our imports for the last 1 year, we see that machinery and equipment has increased greatly. What does it mean? we started.” Dönmez stated that they added a new link to this line with the ferrobore plant. Reminding that they announced their new boron strategies in 2018, Dönmez said, “We are the leader in world boron production and export. Last year, we broke the boron export record of our republic’s history with 1 billion 30 million dollars. Our target was 1.1 billion dollars when we set out this year, but this year new contracts, “We revised our target upwards thanks to new markets and new connections. This year, we updated our target with $1.25 billion to refresh last year’s record.” used the phrase.

“We started the period of value-added products on the board”

Stating that their goal is not only high production and export, Dönmez noted that the ore, which was sold at the level of a few hundred dollars, will now be sold for perhaps over 30 thousand dollars in boron carbide, and in the range of 8-10 thousand dollars a ton in the ferrobode whose foundation was laid today. Dönmez explained that they started to work on the lithium production facility after boron carbide. Noting that they started the production of lithium from liquid boron waste for the first time in the world two years ago at the pilot facilities in Kırka, Eskişehir, Dönmez said, “Lithium production is the product of 3 years of R&D activities of our friends at Eti Maden. It is used for the first time in the world with a method unique to 100 percent Eti Maden. Thanks to this technique, boron and lithium in the wastes were separated. We gained the ability and ability to recover the lithium in the products we have stored as waste for years.” gave the information. Noting that Eti Maden applied to the relevant institutions to patent this production method, Dönmez continued his speech as follows: “The story of our nation begins where it is said to be impossible. The word we dislike the most as a nation is perhaps impossible. If we believe, there is nothing we cannot achieve. This is the production of lithium. one of the most beautiful examples. We opened our pilot facility with an annual production capacity of 10 tons with the participation of our President. We have completed all the necessary steps for industrial production in our pilot facility. I hope this year, we have two two locations, one in Eskişehir Kırka and the other in Bandırma, with a total capacity of 700 tons. we will lay the foundation of our new lithium facility. With the development of our domestic technology in recent years, the demand for lithium has increased greatly. It is a product that we meet through imports. Especially during the COVID period, as you know, it was a very difficult product to supply. We pay 35 million dollars a year for lithium imports. The annual lithium need of our country It varies between 1200 and 1300 tons on average. Hopefully, we will meet more than half of our needs with domestic production in our lithium facilities that will operate at full capacity. In this way, we will increase our domestic rate in smart technologies, especially in mobile devices, tablets, computers and our domestic automobile.”

“We will use rare earth elements in advanced technology products”

Minister Fatih Dönmez stated that they have taken a new step in the production of rare earth elements, and the story of this goes back to old times like lithium. Reminding that they conducted the first drilling in the Kızılcaören location of Eskişehir’s Beylikova district in 2011, Dönmez said, “As a result of the analyzes, we discovered 694 million tons of rare earth element reserves in the field. With this discovery, our Beylikova field has been recorded as the second largest reserve field in the world in terms of reserve amount.” said. Emphasizing that what is more valuable than finding and producing the reserve is to make plant investments that will transform these reserves into intermediate and end products, Dönmez continued his words as follows: “Here, we will first build a pilot plant where we can see the production possibilities. Here, we will test the production optimization of rare earth oxides. We were carrying out the studies within the framework of R&D studies in a laboratory environment. Thank God we got positive results from here. We are now at the construction stage of our pilot plant. I hope we will commission our pilot plant this year. We will process 1200 tons of ore annually in this plant in the first place. According to the test results we received from the pilot plant We will start the industrial plant investment. We will produce 10 thousand tons of rare earth oxides, 72 thousand tons of barite, 70 thousand tons of fluorite and 250 tons of thorium by processing 570,000 tons of ore annually in the industrial facility. Residual magnet, wind turbine engine, electric vehicle engine, rocket missile parts, aircraft, helicopter and rocket mot We will use locally produced rare earth elements in advanced technology products such as energy, steam and gas turbines, laser and satellite systems.”

“We believe that we will be unrivaled in this field”

Minister Dönmez stated that today they laid the foundation of a new facility focused on added value in boron ore, adding that ferrobore used in advanced technology products increases its strength especially when added to steel. Noting that Turkish steel is famous for its quality in the world, Dönmez said: “We hope that we will be unrivaled in this field after ferrobor production. In addition to steel production, ferrobor is used in many fields such as neodymium magnets, transformer cores, steel parts of automobiles, metal injection moldings. Also, medicine. It is a material that is used extensively in the production of electronics and household electronic goods. Ferrobor production will provide us with a significant gain in terms of the production and localization of these technologies. Our factory will have an annual production capacity of 800 tons. I hope that our target in these months of next year will be the liberation of Bandırma on September 17th. “I hope we will see those days together. We will employ 100 citizens in this facility. Our ferrobor facility has another important feature. It also includes technology transfer. Our investment also includes technology transfer. I hope we will be able to work with the future.” I believe that we will take important steps in the localization of this technology with our experience.