ANKARA (WORLD)- Vedat Bilgin, Minister of Labor and Social Security, said that the current environment created some negativities such as high inflation, war, food and grain crisis.
Participated in the “Employment, Education and Social Policies Sectoral Operational Program (IESP SOP) Projects Fair” organized by the Department of EU and Financial Aids under the Ministry of Labor. Speaking at the opening ceremony, Bilgin underlined that Turkey plays a role in the solution of these global problems and said, “Turkey has played a role in the solution of all these problems. It plays an important peaceful role in the international system in terms of being in a position to produce solutions,” he said. Evaluating vocational education and training of the workforce in the context of modernization in the context of the fair, Bilgin said, “Increasing employment, the evolution of employment to a more qualified division of labor with the training support to be provided will contribute to the Turkish modernization to a higher level.” 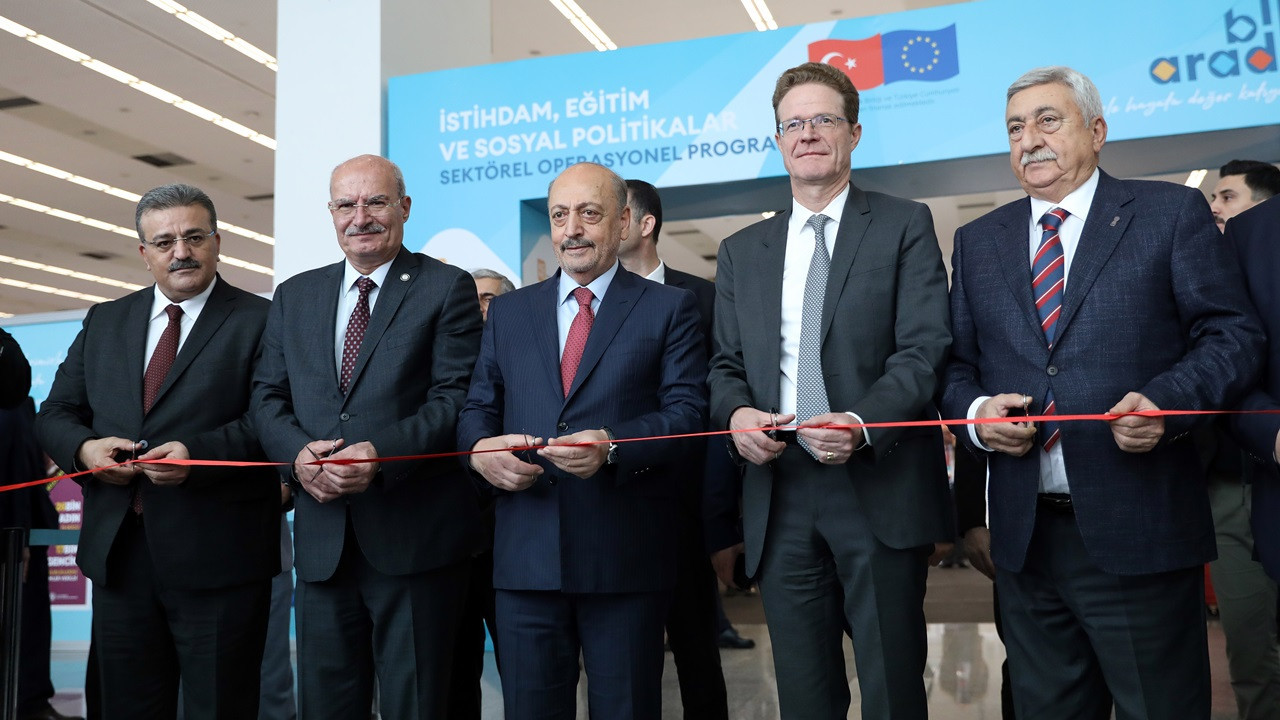 Emphasizing that Turkey’s modernization process necessitates greater cooperation with modern countries and institutions, and that these collaborations will accelerate the modernization process, Vedat Bilgin said that in the last 30 years, great progress has been made in demographic change with the break from agriculture, which means professionalization and industrial production. Drawing attention to the differentiation and deepening of the professions, Bilgin said: “An important part of the projects with the European Union are related to education and it is an education that will make professionalization functional and gain qualifications. In other words, it includes special education processes apart from classical education. This is tremendously important. What has become more important is to bring this professional differentiation directly to employment. The increase in employment and the evolution of employment towards a more qualified division of labor with the support of education will contribute to the further development of Turkish modernization. Developing this, especially in cooperation with universities and various educational institutions, will have an effect that will integrate our speed of scientific and technological change with modernization and accelerate modernization. At this stage, I think that these projects carried out within the scope of cooperation are initiatives that will add value to Turkey, our manpower and even our future.” Noting that they carry out training projects for employment together with the EU, Bilgin stated that the project will be implemented in Kayseri and Konya after the Bursa and İzmir implementations. Head of EU Delegation to Turkey Nikolaus Meyer-Landrut and TESK President Bendevi Palandöken also attended the program.