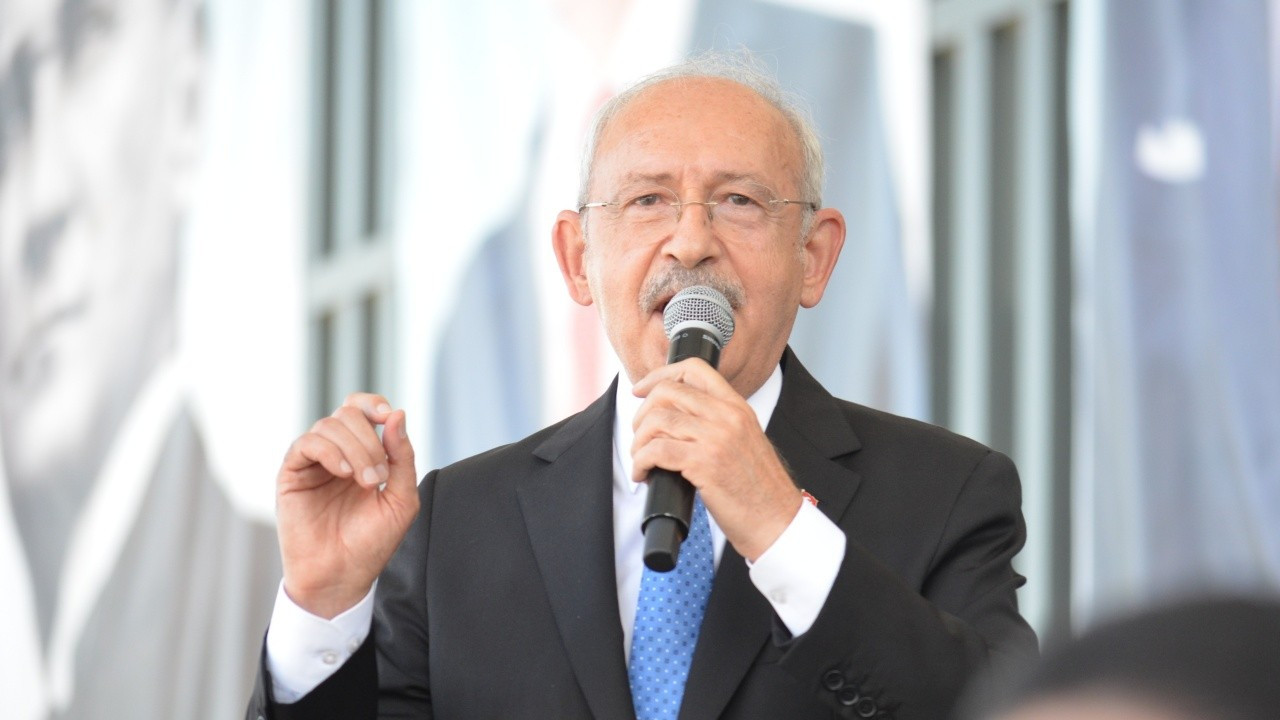 CHP Chairman Kemal Kılıçdaroğlu attended the Tekirdağ Metropolitan Municipality’s New Service Building Opening Ceremony. CHP Spokesperson Faik Öztrak, CHP Deputy Chairman Seyit Torun and CHP deputies attended the ceremony. Kilicdaroglu; Pointing to the “six table” where six political party leaders came together, he said, “Don’t forget what is coming. That’s why I say don’t be hopeless. You’ll soon see. Together we will bring Turkey to the light. No one will be imprisoned for their thoughts. We will definitely bring democracy, justice and law to this country. This is our promise. Six leaders have promised this. It is the confession of six leaders.” We came together for six leaders to protect the rights of workers. We will rebuild Turkey again. We will rebuild democracy. No one should be worried about this. But I know that Turkey has big problems, and you know it. Our Metropolitan Mayor just spoke. They promise to give credit when they are building the building. But they cut off the loan after a while after the foundation is laid. Why? Sir, for the propaganda that ‘the metropolitan municipality could not even build a building’. But we did this, I told all my mayor friends. They will remove all kinds of obstacles to you, but your duty is not to complain, you will overcome the obstacle and do what is necessary. Our lover did the same and did what was necessary, he finished this building. Tekirdağ has a special importance for both the Marmara region and Turkey. This is the city of the Three Kemals. It is a historical city, but also an ancient city. It is a very good thing to serve this ancient city. Therefore, in the presence of all of you, I heartily congratulate our esteemed Mayor of the Metropolitan Municipality, who brought this beauty to the people of Tekirdağ. Thanks, president. Not only the hope of the worker, but also the hope of the shopkeeper. The hope of the worker. The hope of the unemployed and the workers alike. The hope of all those who serve this country and shed their sweat will be Mr. Kemal, let no one forget. We do not aim to live in palaces. We want to live like the people. We want to live modestly. We want peace in every home. We want abundance in every home. We want to have environments where everyone has a job and everyone can work in peace. Our main goal is a more beautiful, livable Turkey, a peaceful Turkey, a Turkey with equality between men and women. We want this.

There have been some serious developments recently. The Central Bank lowered the policy rate by one point. Citizens think that our interest rate has also decreased. No, sir. Taxi drivers, tradesmen, industrialists, no one else’s interest did not fall. But the interest rates of banks fell. The interest rates of banks that will borrow from the Central Bank have decreased. But the interest rate of the loans given by the banks to the citizens did not decrease. That interest rate increased. I will explain where the interest rates have reached and where the economic policy pursued is taking the country by giving a number. In the last six months, the profits of banks exceeded 400 percent. If the profit of the banks exceeds 400 percent, it means that the banks are earning extraordinary interest income. So, no one should forget that by making the literature ‘I am against interest’, resources are transferred to banks, financial circles, certain groups and gangs of five.

“Who will pay 4 thousand TL”

Why are resources transferred to gangs of five? If you are making the road, it means 1000 TL, and if you guarantee it 5 thousand TL, it means they are taking 4 thousand TL out of your pocket. Who will pay the 4 thousand TL? This country’s poor, poor, worker, retired; We will pay together.

Currency-protected deposits… In order to have a currency-protected deposit, you have to have a lot of money and deposit it in the bank. You deposited it in the bank. A; You have an interest rate guarantee. You get the interest. Two; You have a foreign exchange guarantee, if the exchange rate rises, you get the money. Three; you have tax exemption, you are also tax exempt. Do not forget, my working brothers and sisters, you pay taxes when you receive the minimum wage, but those who receive 60 billion TL interest in six months do not pay a penny in tax.

“Everyone who produces and sheds sweat has a responsibility”

Minimum wage, farmer, retired; While paying taxes for all kinds of shopping they made, those who deposited money in currency-protected deposits earned 60 billion 600 million liras in six months. They won’t pay even a penny for it. I will tell the whole world that the existing power, the power that makes the literature ‘I reduced the interest’, actually works for a handful of usurers, and you will too. We will tell together. This question may come to your mind. The dollar, the euro rose, what happens? A; All our national values ​​lose value against foreign currency. Let’s say we have an important national bank. While it was 10 billion before, its value suddenly drops to 5 billion dollars. Turkey is becoming the cheapest country in the world. Therefore, all our national institutions and even our apartments are now being sold at very low prices. In this context, each of us has a responsibility. I have. I am aware of this. But everyone who works, everyone who produces, everyone who puts a lot of effort in this country has a responsibility. Being aware of that responsibility, we will go to the polls tomorrow and cast our votes. What I want from you is this; You went to the polls, you will vote. Put all your prejudices aside and listen to the voice of your conscience. Listen to this country. Listen to the unemployed and the poor of this country. Listen to the children in this country who go to bed hungry. Consider those working in gangs of five. And think of those who work for everyone, for the people, for the citizen. Our goal is to work for everyone who works for everyone, works for the country, sheds sweat, and gets rewarded for their sweat. We will definitely implement this. I want everyone to know that.

Think of those who cut the policy rate and make big profits for the banks. This; It means that the powerless administration of the Central Bank, the administration that takes orders from the palace and takes decisions, is playing with the bread of the nation. He who plays with the bread of the nation has no bread. This should be explained by you everywhere.

Bottom line, never despair. I want no one to forget that this country is a beautiful country, that this country is rich, that when its resources are used correctly, it will be the most powerful country not only in its own region, but also in the Middle East and Europe, that everyone will find a job and everyone will get the wage they deserve. We will act within this framework. We will work within this framework.

It’s coming, don’t forget it. That’s why I say ‘don’t be hopeless’. You’ll soon see. Together we will bring Turkey to the light. No one will be imprisoned for their thoughts. Democracy, justice, law in this country; We will definitely bring it. This is our promise. Six leaders have promised this. It is the confession of six leaders and we will make it happen.” (PHOENIX)