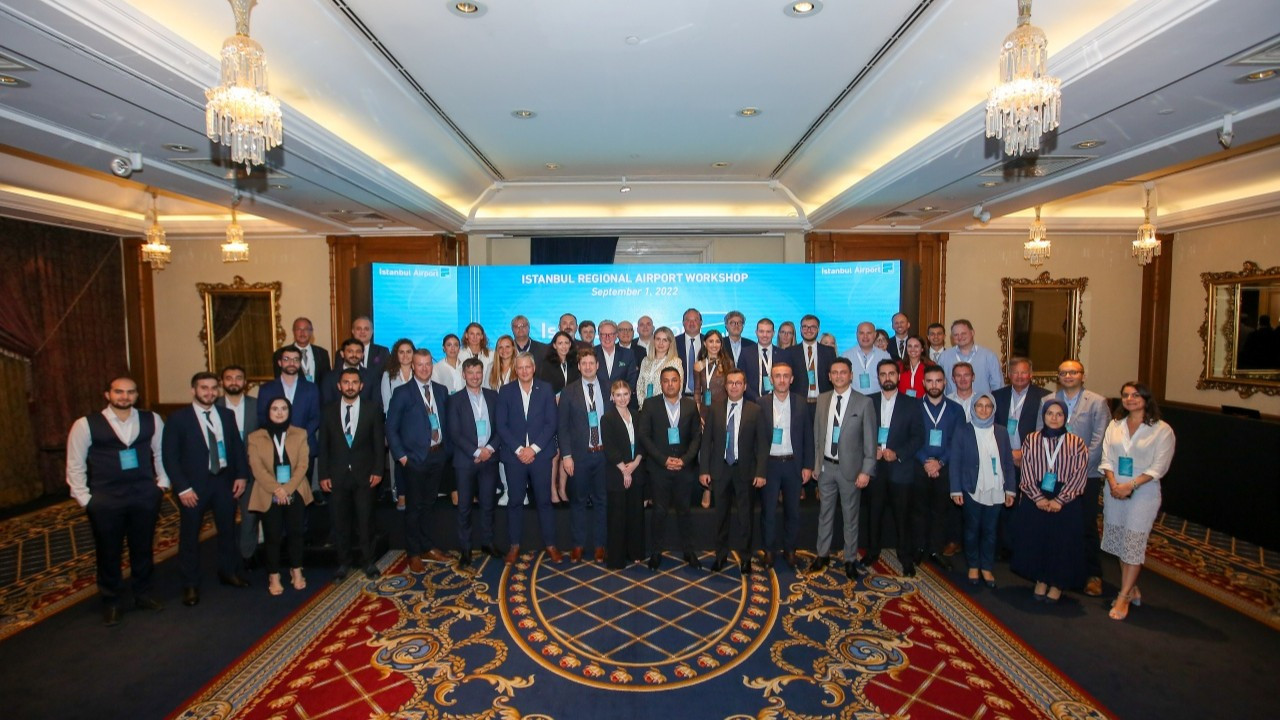 Istanbul Airport hosted the managers of 24 regional airports from Europe in Istanbul with the participation of Turkish Airlines (THY) and the Turkish Tourism Promotion and Development Agency (TGA). According to the statement made by Istanbul Airport Operator IGA, the “Istanbul Regional Airport Workshop” (Istanbul Regional Airports Event) attended by 24 airport managers from Europe and THY and TGA officials, with the opening speech of IGA Istanbul Airport Airline and Cargo Marketing Director Majid Khan. started. Noting that airports responded to the COVID-19 epidemic by shrinking and reducing the number of personnel, Majid Khan underlined that they continue to invest in the future by following a different path at Istanbul Airport. In the speeches at the event, it was emphasized that Istanbul Airport, which currently offers flights to 300 destinations and serves 71 airlines, will attract 11 new airlines and 26 new routes in 2021. At the Istanbul Regional Airports Event, which drew attention to the need to increase the new level of cooperation among all stakeholders with the recovery of aviation after the epidemic, unrealistic targets should be avoided due to market conditions, global transfer centers and regional airports should be avoided instead of having long-distance routes in the target list for regional airports. The issue of cooperation between them was discussed.

Call for new partnerships in the aviation industry

While calling for new forms of partnership and cooperation in the aviation industry to support financial sustainability at the event, it was pointed out that route development has become more important than ever. In the event, where THY officials held one-on-one meetings with 24 regional airport officials from Europe, the importance of Turkey and Istanbul for the tourism market was mentioned in the presentations made by THY and TGA. At the event, it was also stated that THY will evaluate the studies on new destinations that have the potential to launch direct flights in the future. It was pointed out that THY has more than 100 destinations in Europe, but it needs to increase transfers through IGA Istanbul Airport to expand its long-distance network from new destinations in Europe, therefore it is important for all relevant decision makers to come together and this situation It was also noted that it is very important in analyzing the relevant market for THY’s future network. It was emphasized that it is very important for Turkey to direct tourism to Istanbul and to destinations in Europe that have not been visited much.