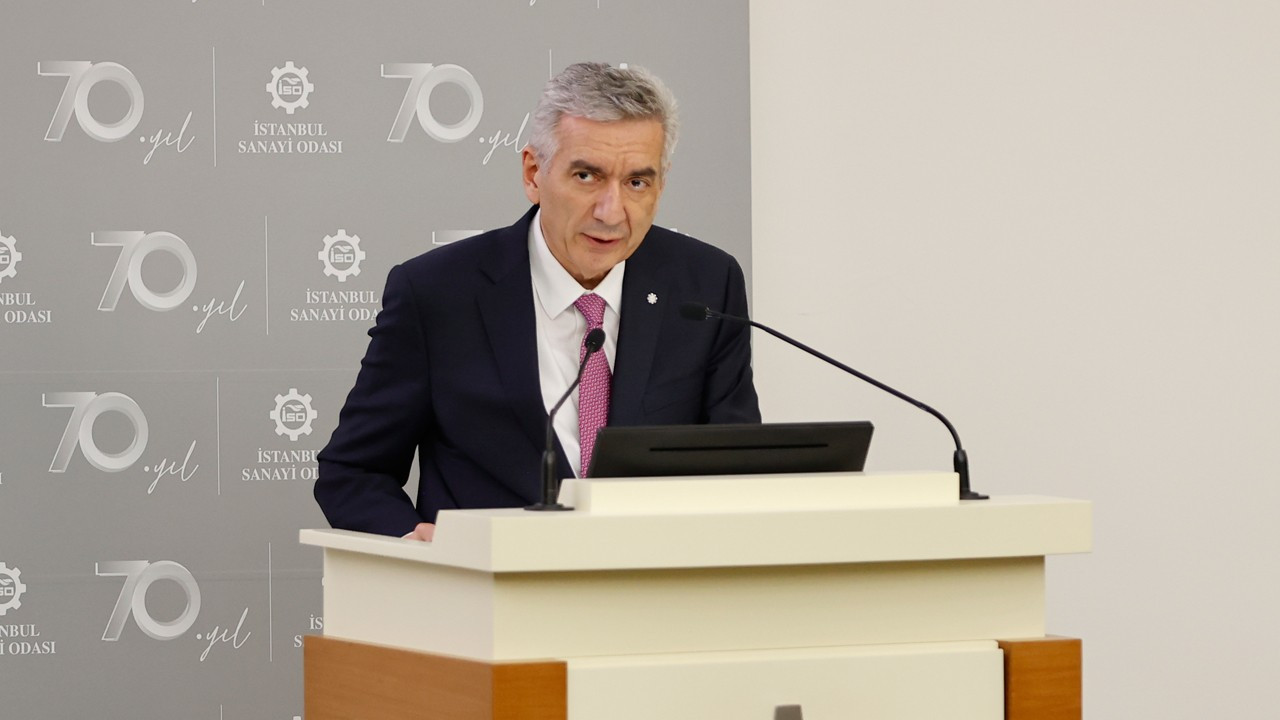 The ordinary meeting of the Istanbul Chamber of Industry (ICI) Assembly in September was held at the Odakule Fazıl Zobu Assembly Hall with the main agenda “Evaluation of the Medium Term Program (OVP 2023-2025) in Terms of the Vision, Future and Production Life of Our Industry for 2023”. The meeting, where ICI Chairman of the Board Erdal Bahçıvan made the opening speech, was moderated by economics writer Abdurrahman Yıldırım, and Piri Reis University Faculty of Economics and Finance Faculty Member Prof. Dr. Erhan Aslanoğlu, Director of Istanbul Bilgi University Financial Application and Research Center Prof. Dr. Ege Yazgan and Özlem Derici from Spinn Education and Consultancy attended. ICI Chairman of the Board of Directors Erdal Bahçıvan, whose views are included in the statement, stated that the Turkish economy, which closed the first half of the year with a very strong growth performance, continued to show a resilient outlook as of the end of the third quarter. As emphasized by the Central Bank, Bahçıvan stated that even if a certain slowdown in growth in the second half of the year seems inevitable, 2022 will be closed with a substantial growth rate and said: “Still, the global outlook will affect us through growth, external balance, inflation and financial markets. We have to take into account that it can be difficult. The data obtained as of September confirms this. In August, we see the Global Composite PMI fall into contraction territory for the first time since June 2020. PMIs point to and warn of a more severe slowdown, particularly in Europe, our main export market. It is understood that we will unfortunately feel the negative effects of this on our country’s export performance. As a matter of fact, the ISO Export Climate Index, which we share with the public every month, has dropped to the lowest levels after the global crisis with 48.8 in August, excluding the first shock wave of the pandemic. It is necessary to add to this the negative impact of the recent decline in the euro/dollar exchange rate on our export revenues.”

Pointing out that predictability is one of the most restrictive factors for economic actors to make decisions in the difficult period they are in, Bahçıvan said, “Therefore, realistic and consistent economic programs that offer concrete policies with well-founded targets have an important potential to support the predictability that decision makers need.” made its assessment. Emphasizing that the prominent theme on behalf of the industrial sector in this year’s Medium Term Program is “mobilizing resources and policy tools in line with the goal of transitioning to a technology-intensive and high value-added industry”, Bahçıvan continued his words as follows: “At this point, we, as ISO, have been in the industry for many years. We find it very valuable that factors such as digital transformation-oriented investments, which are an important part of the future perspective we draw for our sector, support of high technology initiatives, and the creation of an R&D ecosystem that brings together the industry-university-public trio, are included in the Medium Term Program. We are in a world where the production economy has become the basic paradigm, industrial policies have gained importance and ‘planning’ is being remembered again. For this reason, the emphasis on ‘increasing planned industrial areas’ in the Medium Term Program is critical for our sectors to scale up and especially for our SMEs to increase their contribution to the economy.”

Erdal Bahçıvan also mentioned that some steps have been taken in recent days to solve the financing problem raised by both ISO and other business representatives and institutions, and said: “As a matter of fact, after the last macro-prudential measures, there is a noticeable decline in commercial loan costs. However, we think that the slowdown caused by the more selective credit flow with the new regulations is also noteworthy. New financing moves, which will be supported by the credit guarantee mechanism, are expected by our SME industrialists in the coming days. In addition to these steps, we also find valuable the message that cost-effective loans to the real sector will be expanded in the Medium Term Program. Because it is important for us to be able to compete with the world, to solve the financing problem with sustainable tools and in a permanent way, to be able to see our way better in the current uncertainty environment and to realize the long-term productive investments that our country needs.” ICI Chairman of the Board Erdal Bahçıvan also emphasized that the industry, as a key stakeholder, should be more involved in policy and roadmap development processes in order for Turkey to pursue its economic goals with determination and to prepare much more ambitious economic programs after the upcoming general elections.