Iran nuclear deal statement: We must have stronger guarantees 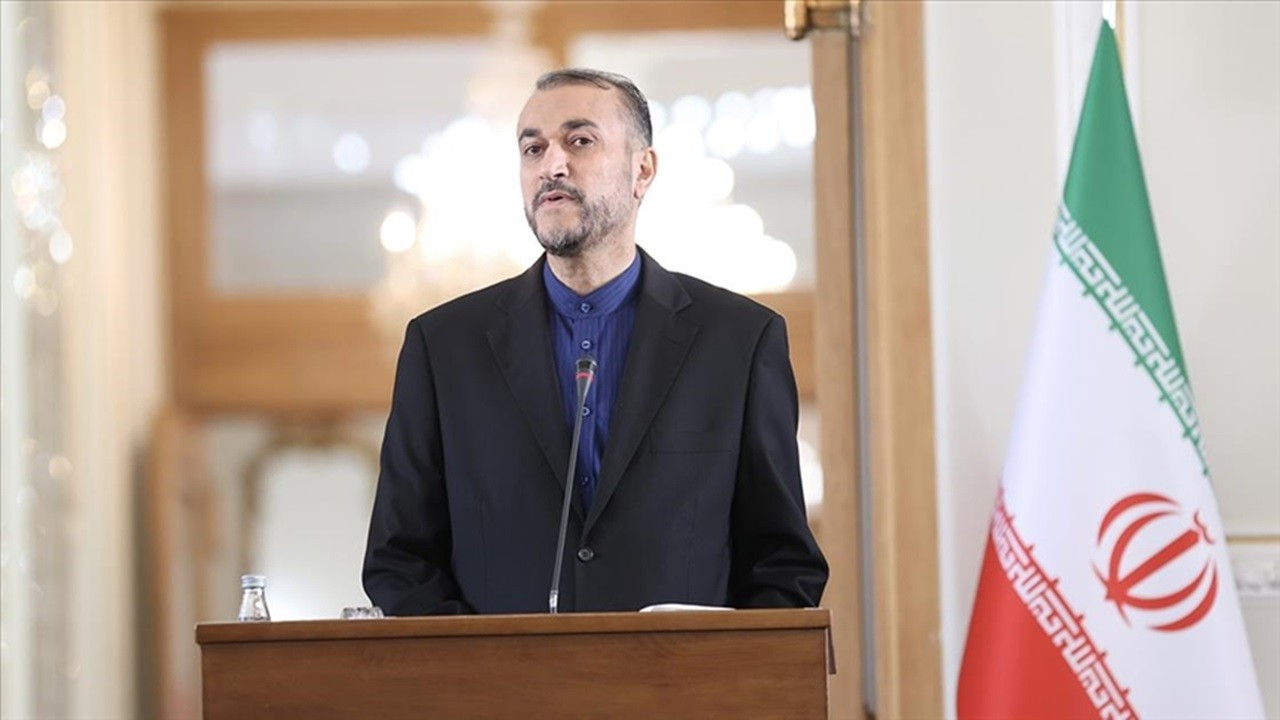 Visiting Moscow, the capital of Russia, Iranian Foreign Minister Hussein Emir Abdullahiyan met with Russian Foreign Minister Sergey Lavrov. The two ministers held a joint press conference after the meeting. In his statement here, Abdullahiyan stated that the leader of a European country conveyed the message to Lavrov about the situation in Ukraine, “This message includes ideas about establishing peace in Ukraine and supporting the end of military actions. We discussed them with Lavrov.” said. Noting that he and his Russian counterpart discussed the issues of cooperation between the two countries on trade, economy, transportation, defense and security, Abdullahiyan said, “We are happy that the relations between the two countries are in the right direction and we are determined to develop economic cooperation by using the existing capacities of the two countries.” he said. Abdullahiyan stated that the capacity to expand relations between Iran and Russia is much greater and he hopes that the long-term strategic cooperation agreement between Iran and Russia will be implemented in the near future. Stating that they had consultations with Lavrov on regional and international issues, Abdullahiyan said, “We emphasize that an inclusive government consisting of all groups should be formed in Afghanistan.” used the phrases. Stating that they have also comprehensively discussed the Syria and Yemen issue, Abdullahiyan said, “We are determined to help Syria get out of the current situation within the framework of the Astana format. We also want to make the ceasefire permanent in Yemen, return peace and stability to this country, completely lift the siege in Yemen and We emphasize that dialogue about this country should be carried out among Yemenis.” he said. Abdullahiyan said that they agree with Russia on continuing to support Iraq and contribute to the strengthening of the stability of this country.

Pointing to the response from the USA on August 24 to the draft agreement presented by the European Union (EU), the coordinator of nuclear negotiations with Iran and accepted as the final roadmap in nuclear negotiations, Abdullahiyan continued as follows: “The last text sent by the USA regarding the lifting of sanctions. “We have received it. My colleagues are carefully examining the proposals from the American side. We need a stronger text on assurances (on lifting sanctions and the United States will not leave the deal again) and we should have stronger guarantees. If the United States acts realistically and reinforces the existing text, then the deal is not far.” Stating that Iran will send its views to the EU, the coordinator of the negotiations, after completing its investigations on the US response, Abdullahiyan said, “Negotiations took place in Vienna for months. Our goal is to reach a good, strong and stable agreement. We hope to reach an agreement with the realism of the US side. ” made its assessment.

“We oppose the destructive politics of Iran and the West”

Touching on the relations between Moscow and Tehran, Russian Foreign Minister Lavrov said, “Despite illegitimate sanctions, bilateral trade is growing. In the first 7 months of this year, the bilateral trade volume increased by 40 percent to 2 billion 700 million dollars. Last year’s trade volume will increase even more this year. ” said. Noting that the two countries are in favor of complying with international law, Lavrov said that they “oppose the destructive politics of Iran and the West”. Pointing to the efforts to revive the nuclear agreement with Iran, Lavrov said, “All sanctions against Iran need to be lifted. The international community is still waiting for the United States to return to the legal area of ​​the United Nations Security Council’s 2231 resolution on this issue.” he said. “Russia understands and supports Iran’s position for the unconditional implementation of the agreement and the complete lifting of illegal American sanctions,” Lavrov said. used the phrases. Stating that the USA is using the global financial and economic system in its favor, Lavrov noted that all countries that think about their future should take steps towards building their foreign economic relations independently of the USA and the West.