Omer Faruk Ciftci
Munich – E-Mak Chairman of the Board Emre Gencer said that the asphalt plant established on an area of ​​1500 square meters is a further developed version of the new generation asphalt plant that they exported to Copenhagen, Denmark before. Gencer pointed out that the asphalt plant, which is environmentally friendly, low in emissions, compatible with recycling systems, in accordance with the European Union conditions, can produce mastic asphalt in different recipes, and expressed that this special asphalt is applied in Turkey on the 15th of July, Osmangazi and FSM bridges. Gencer said, “We are the only company among asphalt plant manufacturers that brings a complete tower and all its equipment here. Our European competitors, who have a much stronger network and turnover than us, could not show such courage in today’s environment. As you know, they are all very timid due to the energy crisis in the EU, economic uncertainties, and the unforeseen calculations opened by the Russia-Ukraine war. With great courage, we made a very ambitious participation with a brand new concept, 400 square meters of which is covered on an area of ​​1.5 decares. We wrote an old Roman proverb ‘History is on the side of the brave’ on our facility, where we chose anthracite as a colour, and it drew a lot of attention.” Explaining that they had productive meetings with Europe’s largest contractors, Gencer said that the systems they developed in the 3-year period between the two fairs attracted great interest from Europe’s giant contractors. 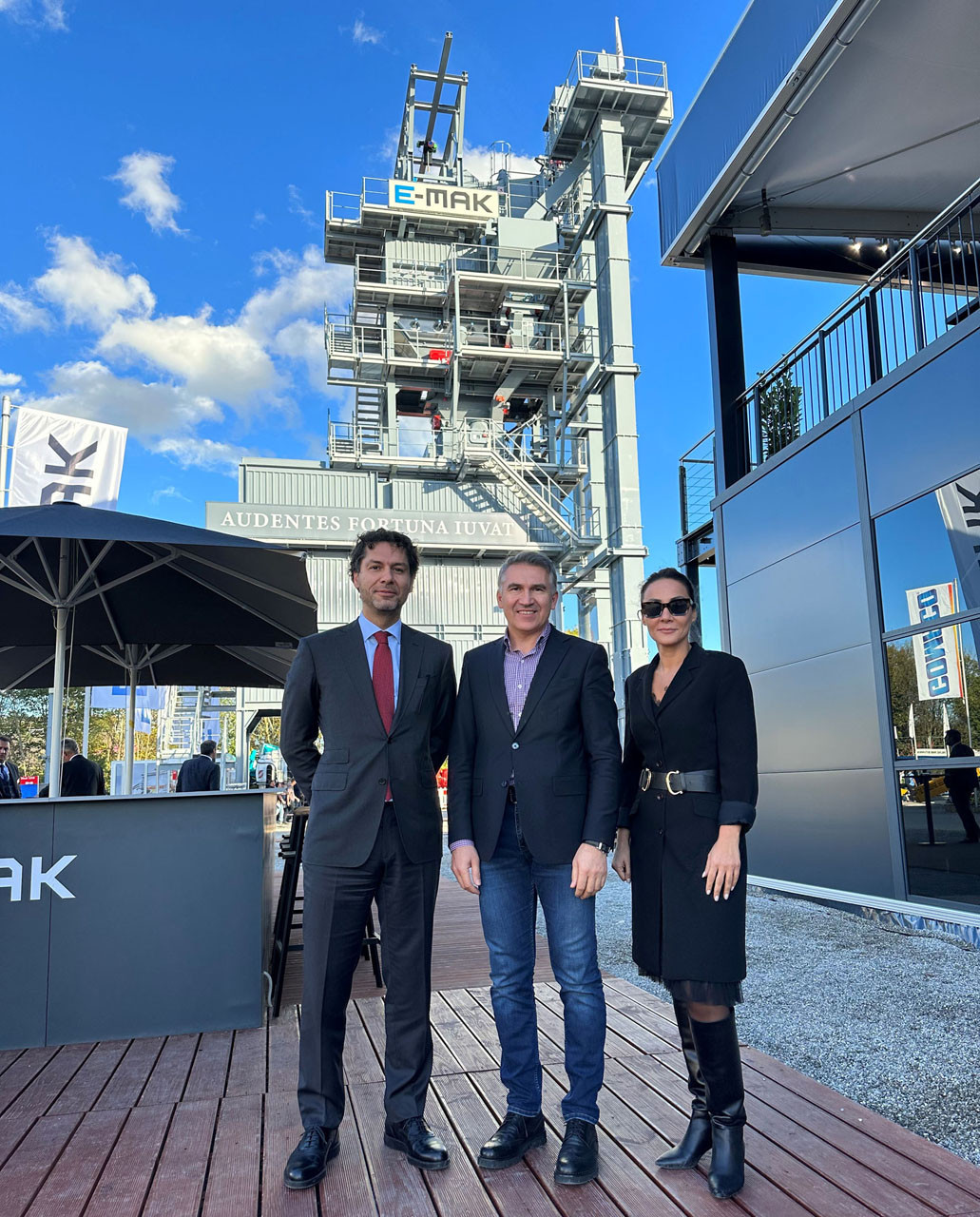 Emphasizing that Turkey’s machinery exports are at the level of 25 billion dollars and its imports at the level of 36 billion dollars, Emre Gencer said that their aim is to reverse this equation in the machinery sector, which has the largest import deficit after energy. Making a call to Turkish contractors, Gencer said, “While we are exporting to Europe, Russia, the Middle East and Africa today, the fact that those who do business from abroad go to those countries with foreign brands, foreign construction equipment and exhibit them must now come to an end. Today, if contractors from Italy, Spain and China are going to the market with their own brands, I recommend that Turkish contractors also trust Turkish brands. If our machines work in Germany, France, Spain, it means no problem. We expect them to show the courage and confidence we have shown in this regard,” he said. 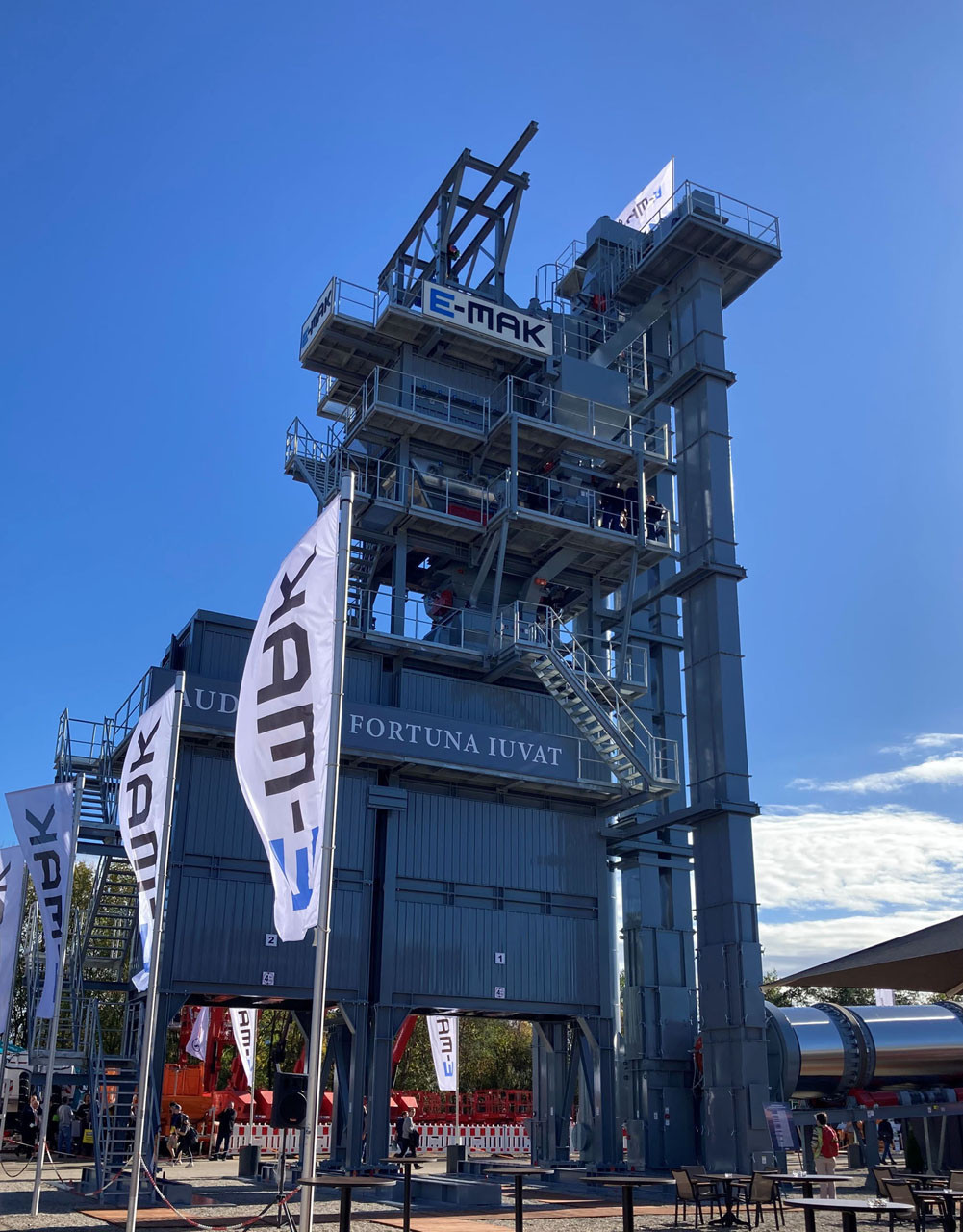 Asphalt scraper soon in the field

Explaining that they have reached the final stage for the production of the asphalt milling machine within the scope of the move program of the Ministry of Industry, Gencer said, “We are soon starting the production of asphalt milling machines, that is, milling machines, within the framework of the technology move program. We will use and develop these machines in the contracting works of our Simge Mat company at the first stage, and then we will start exporting them. Turkey has stepped into recycling technology. Turkey has obtained very little of the asphalt it has produced from recycling. We want at least 40-50 percent to be recycled. Turkey produces approximately 30 million tons/year of asphalt, and the fact that half of it is produced with recycling technology will save both petroleum-based bitumen, which is an imported product, and the stone we obtain from nature. Less stones will be taken from the quarries and less bitumen will be imported. It is a great loss that the asphalt we excavate cannot be used and wasted like filling material on one side. Now it’s time to turn to savings. Asphalt milling machines will be an important remedy for the current account deficit of our country. The first prototype productions will start with the new year. Then we will start mass production,” he said. Emre Gencer added that they want to expand to EU countries with the company they established in Cologne, Germany last year. Bauma is considered the world’s largest exhibition for the construction and mining machinery industry. There are visitors from 200 countries and participants from 60 countries at the fair, which was established on an area of ​​644 thousand square meters. This year, 230 companies from Turkey are participating in the fair. Turkey ranks third after Germany and Italy in terms of the number of participants.