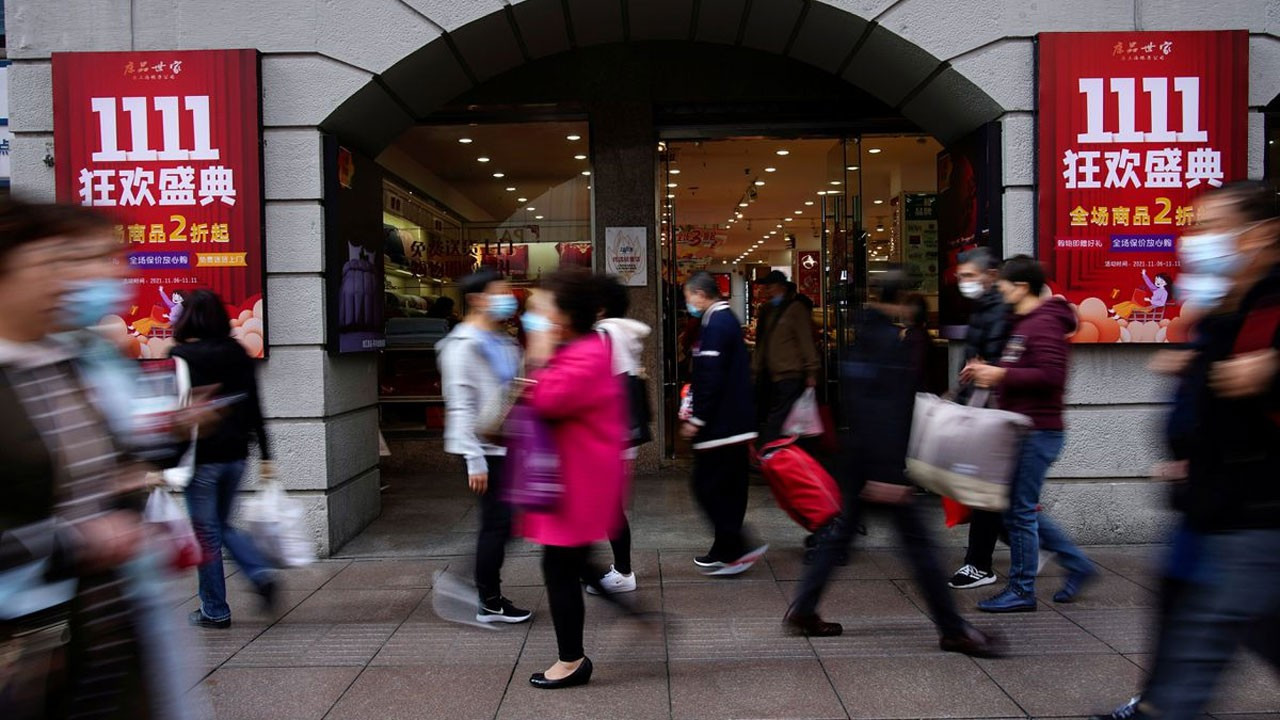 In China, the country’s leading e-commerce companies chose to keep their total sales figures for the online shopping festival “November 11 Singles’ Day” confidential. While the online discount sales, which continue on November 1-11 at the annual festival, ended yesterday, the e-commerce giant Alibaba and its rival Jing Dong (JD.com), which leads the festival, this time kept the gross sales volume they announced every year. In a statement from Alibaba, it was stated that sales on online shopping platforms such as Tabao and TMall within the company “performed close to last year’s gross volume despite macroeconomic difficulties and COVID-19-related impacts.” The company said last year’s sales reached 540.3 billion yuan (about $84.5 billion at that day’s exchange rate) in 10 days. While the revenue from online sales increased by 8.45 percent compared to the previous year, the annual revenue growth rate fell to single digits for the first time since the festival was organized in 2009. Chui Shue, Head of the Industry Development and Operations Center of Alibaba’s Tabao and TMall platforms, evaluated this year’s festival as “reflecting the resilience and vitality of China’s consumer industry.” Şue stated that their aim at this year’s festival is to “enhance confidence in the operations of vendors on the platform.” Alibaba’s competitor Jing Dong (JD.com) also did not disclose gross sales, but said this year’s Singles’ Day campaign “set a record”. The company reported that they achieved a gross sales volume of 349.1 billion yuan (about $54.5 billion at that day’s exchange rate) in 10 days last year. Seen as a barometer of the economy Singles’ Day shopping festival sales are considered a barometer of consumer spending in China and the overall state of the country’s economy. It is estimated that the failure of the expected increases in sales to be effective in the companies’ failure to disclose their gross sales volumes. Sales were sluggish in China last year due to monopoly investigations by regulators against Alibaba and other major internet companies. Pandemic measures lower economic expectations In the spring of this year, the impact of the COVID-19 restrictions on the economy in China, especially in Shanghai, the country’s largest city, which has a large population and hosts critical industries and business lines, was clearly felt. Measured economic performance at many sites had fallen to its lowest levels since the early months of the COVID-19 pandemic. While the number of cases increased in the country in autumn with the spread of highly contagious sub-variants of Omicron, the lack of signs that the epidemic measures that disrupt economic activities will change in the last quarter negatively affect economic expectations and confidence. While economic indicators reveal that the recovery is fluctuating, it remains unclear whether the government’s growth target of 5.5 percent for this year will be achieved. The Chinese economy grew by 3 percent in the first three quarters. China is implementing a “zero case” strategy against the COVID-19 outbreak, which aims to suppress cases where they arise and cut the chain of transmission. The strategy calls for strict and wide-ranging measures such as quarantine, travel restrictions, mass testing, and restriction of activities by businesses in the manufacturing, trade and services sectors. In addition to interfering with the ordinary flow of life, the measures also lead to discussions in terms of their economic costs.