Blueground and Bay İnşaat entered into a strategic cooperation 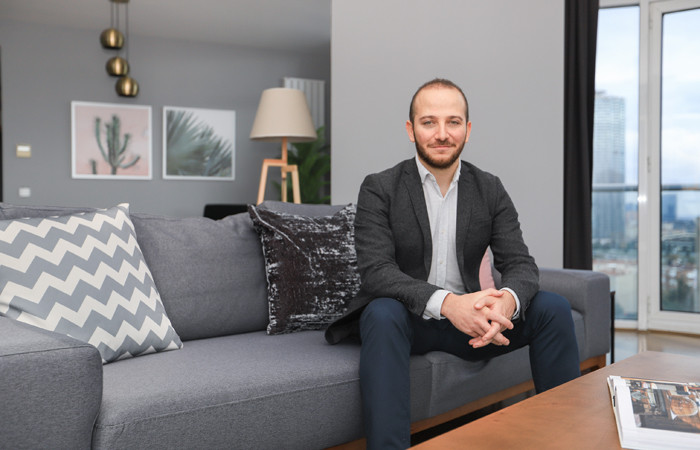 Offering private accommodation services to corporate companies and individual users, Blueground has joined forces with Bay İnşaat, which has a 46-year history in the construction industry. After announcing that it has received an investment of 20 million dollars in the past months, Blueground has increased its investment in Turkey by adding 42 new apartments to its portfolio in 42 Maslak, which is the “benchmark” project that Bay İnşaat reflects its experience accumulated over the years and designed with the concept of “Artful Living”. The concept of “Artful Living” was implemented in 2013 under the leadership of Bay İnşaat Board Member Erol Özmandıracı. The Artful Living philosophy was created on the idea that a society equipped with elements of art and science is the best heritage to be passed on to the future. In the light of this philosophy, Bay İnşaat cooperated with companies such as Blueground, which are prominent in Turkey and the world. The concept of Artful Living, which uses innovative solutions to create a sustainable cultural and artistic community, overlaps with Blueground’s mission to offer a technology-oriented living experience in its apartments. Providing fixed cash flow to property owners for the flats it manages, Blueground maximizes the annual yield of a property with its value-added financing solutions. While offering high-quality furniture such as designer sofa sets and dining tables to its guests who rent for 1 month or longer, it also meets all the requirements of modern life with high-end devices such as smart TVs and speakers. In Blueground houses, which have an average rental period of 6 months, guests can receive free support through the Blueground mobile application for many of their needs, including apartment cleaning and maintenance requests, after making an online reservation. The company offers an impressive portfolio of more than 1,700 furnished apartments in Istanbul, New York, San Francisco, Los Angeles, Boston, Washington, DC, Chicago, Dubai and Athens. With the vision of making people feel at home wherever they go, Blueground now welcomes hundreds of business travelers and individual tenants in their flats in 42 Maslak B Tower for a unique living experience. Blueground Turkey General Manager Berker Yağcı stated that the cooperation with Bay İnşaat is exciting; “In the Turkish market, which we entered in 2016, we have reached 300 apartments in a very short time, in parallel with the demand. While the occupancy rate of our apartments is 95% and above, we offer a guaranteed financing model to real estate companies and individual home owners. Bay İnşaat is a company that we are very happy to work with, arousing respect with its stance in the sector, its vision and the projects it has implemented. Working together, we created specially designed, fully equipped and technology-oriented living spaces at 42 Maslak B Tower. We are getting closer to our goals every day with these projects we have realized with corporate companies.” said. Blueground’s business model and its ability to triple its annual turnover in the last three years are seen as the reasons behind the $20 million investment support it has received from global investors such as the Endeavor Catalyst Fund, VentureFriends, and Jabbar Internet Group.