Akarca: The role of high courts in judicial management should be strengthened 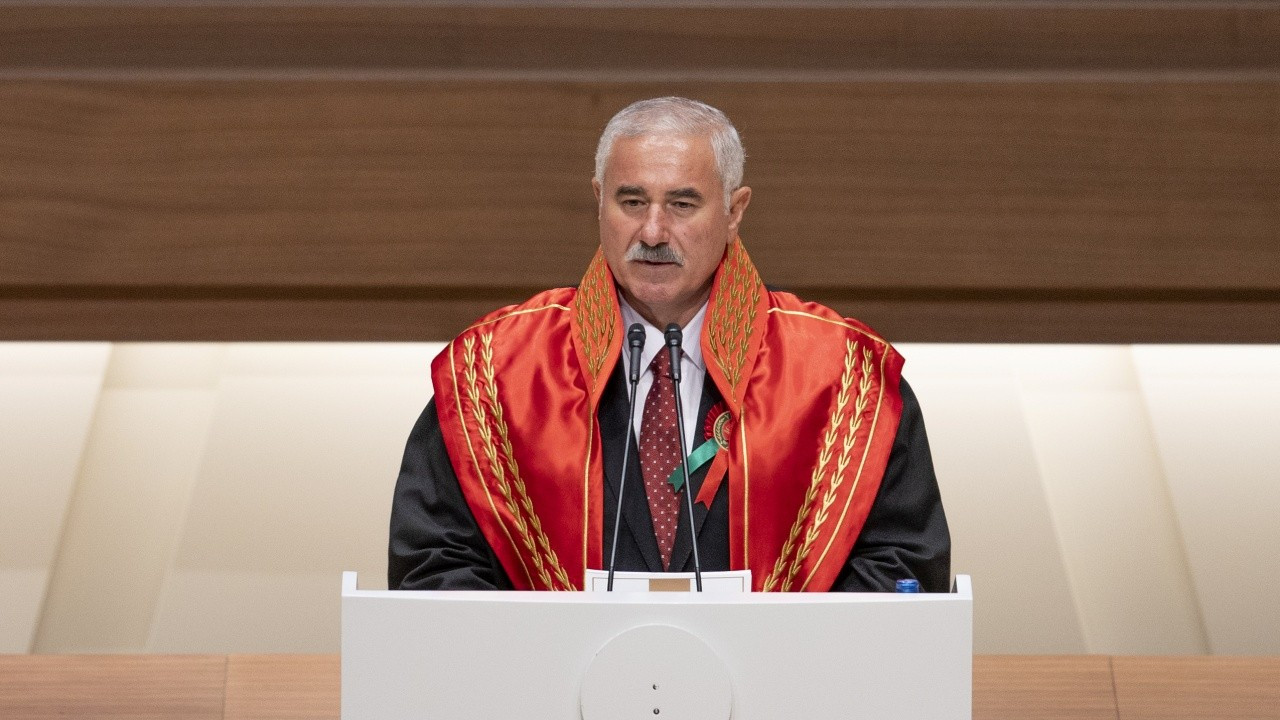 The opening of the 2022-2023 Judicial Year was held with a ceremony held at the Court of Cassation. Speaking at the opening, President of the Court of Cassation Mehmet Akarca said that he opened the new judicial year with the hope that it would bring justice, peace, trust and tranquility. Akarca stated that their ultimate goal is for everyone to live in legal security, peace and tranquility with an efficient and high quality judicial service in compliance with the requirements of the rule of law. In his speech, President Akarca evaluated the structure and function of the United Nations (UN) and said that the purpose of the UN is to protect international peace and security, to prevent threats on this issue, and to realize peace in the world in accordance with the principles of justice and international law. Stating that today, interstate relations are shaped by interests and power relations rather than states law and international agreements, Akarca pointed out that the current world order has gone bankrupt, citing wars and internal conflicts in various parts of the world. Akarca said, “These and similar concrete facts that have been experienced over the years reveal that the United Nations has not been able to fulfill its function, that the law of states has been shelved, and therefore makes it necessary to reevaluate its structure.” he said. Stating that the Western-centered understanding of human rights that dominates the world has also collapsed from its foundations, Akarca said that no one spoke to Germany, France and Greece, which did not comply with the violation decisions of the European Court of Human Rights (ECHR), and that the ECHR did not take a sanction decision. Reminding the Srebrenica massacre and mentioning the human rights violations against immigrants, Akarca said, “Human rights apostle states that do not prevent the deaths of immigrants despite their power, sink or push back the boats of immigrants, or remain indifferent to these human rights violations, are also cruel, losers before history.” said. Stating that Turkey does not remain silent against the dangers to people’s right to life, and that it opens its doors to those fleeing war, internal conflicts and persecution, Akarca said, “We must show the necessary patience and tolerance until the day when people who took refuge in our country, fleeing war and persecution, will return to their country on the condition that their safety of life is ensured. Provoking behavior does not suit us.” he said.

“The Turkish judiciary is conscious, educated and sensitive about fundamental rights and freedoms”

Mehmet Akarca emphasized that the basic function of law is to ensure social peace and order, and the prerequisite for being a rule of law is the independence of the judiciary. Pointing out that the independence of the judge must also be guaranteed in order for it to have a meaning, Akarca reminded that the guarantee of judgeship in the Constitution is one of the basic elements of the rule of law and the independence of the judiciary. Emphasizing that the relationship between the organs of the state, including the legislature, the executive and the judiciary, should be based on mutual respect, as clearly stated in the Constitution, President Akarca said, “The comments of the politics and bureaucracy on the ongoing judicial processes cause damage to the independence and impartiality of the judiciary, weakening of the judicial authority, innocence. violates the right not to be tarnished by the principle of he said. Stating that members of the judiciary are trying to be influenced and there are efforts to slander the Turkish judiciary, Akarca said: “In recent years, an international dimension, which has a predominant political nature, has been added to the attempts to influence the judiciary. The activities of its extensions to defame the Turkish judiciary have intensified due to the ongoing FETO trials. It should be noted that the Turkish judiciary is conscious, educated and sensitive about the fundamental rights and freedoms protected by the European Convention on Human Rights and our Constitution. Proceedings conducted in accordance with the Constitution, the international conventions to which we are bound and our laws FETO is a terrorist organization, according to the decisions of the independent Turkish judiciary, which became final after the Supreme Court. It is imperative that they take concrete steps.”

“It is clear that our country needs a new constitution”

Emphasizing that independent courts are the cornerstones of the democratic constitutional system, President of the Court of Cassation Mehmet Akarca stated that the tradition of democracy in Turkey is based on the pluralist understanding of democracy, which aims at the peaceful coexistence of people of different ideas and beliefs. For this reason, Akarca stated that holding the elections under the guarantee of an independent judiciary and protecting the rights of all segments of the society through judicial review are the requirements of democracy: “In contemporary democracies, the judiciary is also responsible for protecting constitutional democracy. Our members of the judiciary took part in this situation. This clearly showed the Turkish judiciary’s belief in democracy and how strong a constitutional institution it is against attacks against it.” he said.

President Akarca also stated that Turkey needs a new constitution and said, “We cannot turn our backs on the facts that the understanding of constitutionalism has taught humanity for more than two centuries.” said. Noting that the principle of separation of powers is the guarantee of democracy, human rights and the constitution and necessitates the existence of a functional balance and control mechanism between state organs, including the judiciary, Mehmet Akarca said: “Therefore, the independence of the judiciary should come to the fore as the most characteristic feature of the new constitution. The role of the high courts in the judicial management should be strengthened as they are more secure and more secure.While the new constitution is being prepared, the structure of the Council of Judges and Prosecutors should also be reviewed, the mechanisms that ensure the independence of the judiciary against the effects of the legislative and executive organs should be clearly arranged. ”

Touching on the criticism of judicial decisions, Akarca said that this is natural, but that criticism should be logical and legal, within the limits of fairness and conscience. President of the Court of Cassation Mehmet Akarca emphasized that it is not right to target the entire judicial system through an erroneous decision and continued as follows: “As in modern legal systems, there are many mechanisms in the Turkish criminal procedure system that will enable the correction of erroneous decisions. As soon as a judicial event is heard, the evidence has not yet been found. Spreading untrue and misleading news via the written and visual media and social media in order to create public pressure on the trial process without even convening is extremely serious, even a crime. It is a constitutional duty of the judge to make decisions and cannot be delegated to anyone. Judges cannot be given advice or suggestions. There would be no need for courts if the judiciary had taken part in this matter. First of all, trust in the judiciary and judicial decisions can be ensured by disconnecting judges and prosecutors from all kinds of political connections, and by staying away from political conflicts of political forces. should not deviate from the law under any circumstances.” In this context, Akarca stated that the public should be informed without delay by making necessary and accurate statements to the press. said.