By the end of next year, it is aimed to transform 20 billion beverage wastes per year and to generate 5 billion liras for the economy, thanks to the deposit return points that will be implemented at 7 thousand points in all provinces and districts throughout Turkey. The Deposit Management System, which is determined by the Ministry of Environment, Urbanization and Climate Change and is based on the return of the products released to the market with a certain deposit fee, and the refund of the deposit amount after consumption, is planned to be implemented at 7 thousand points by the end of next year. It is aimed to transform all of the 20 billion beverage packages consumed annually in Turkey, such as glass, plastic and aluminum, with the application, which is also known as the deposit return system, which is carried out by the Turkish Environment Agency. With the implementation of the Deposit Management System, 37 thousand tons of greenhouse gas reduction is aimed, while 1.3 billion kWh of energy and 3.6 million barrels of oil are expected to be saved. The system is expected to provide the country with an economic gain of 100 billion liras in 20 years and create 20 thousand employments. 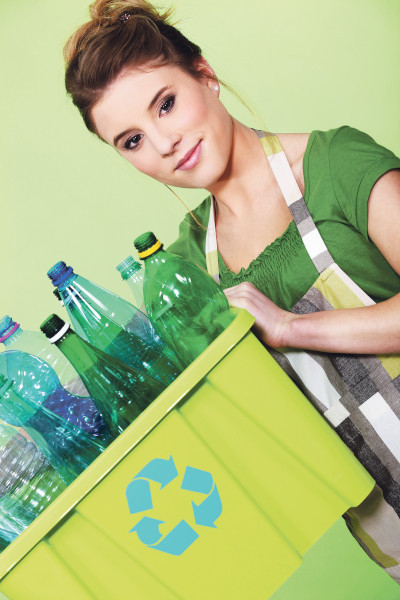 60% recovery
While the recovery rate, which was 13 percent in 2017, was increased to 27.2 percent with all the works implemented under the umbrella of the Zero Waste Project, it is aimed to increase this rate to 35 percent in 2023 and to 60 percent in 2035. It will save 2 million tons of plastic waste from garbage Fatih Eren, President of the Recyclers and Recyclers Association (GEKADER), stated that many countries in Europe have achieved serious success with the deposit return system, and that many countries, especially the Netherlands, Germany and England, have closed their garbage collection areas, and that many countries He said that he sorted it on site and sent it to recycling facilities. Stating that glass bottles can be reused up to 50 times, and plastic bottles up to 25 times, Eren said, “With the system, plastic producers will win as well as citizens. Greenhouse gas emissions will decrease and it will play an active role in the fight against climate change. “There will be a reduction of 2 million tons. In other words, it will save 2 million tons of plastic waste from garbage.” Both the environment and the industrialist will win Yavuz Eroğlu, President of the Turkish Plastics Industrialists Research Development and Education Foundation (PAGEV), stated that the system that will ensure that plastic, glass, metalaluminum and cardboard wastes go to recycling instead of garbage, will be put into operation next year and said, “The Deposit Management System, which is expected to reduce environmental problems, It is expected to accelerate investments,” he said. Stating that the system will contribute to the economy while protecting the environment, Eroğlu emphasized that if it is successful, 1.2 million tons of additional waste will be prevented in Turkey every year.