42 industrial facilities were opened with a ceremony in Balıkesir 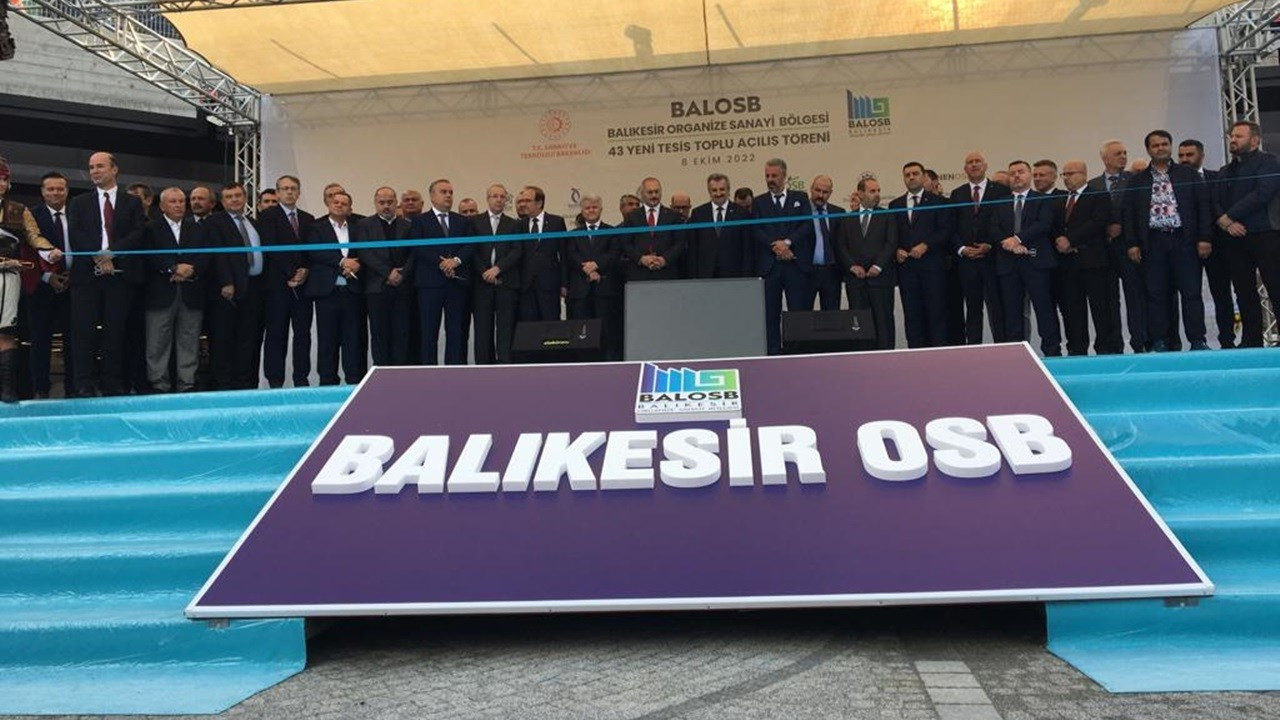 “We are inaugurating an investment of 28 billion dollars in Balıkesir”

Speaking at the opening ceremony of Tolu, President Recep Tayyip Erdoğan stated that 42 facilities with an investment value of 28 billion in the OIZs in Balıkesir and its districts were built by private sector organizations and put into production. Wishing all public and private sector investments to be beneficial, Erdoğan said, “I congratulate our ministries, institutions, municipalities and private sector companies that have brought the investments made to our city. In order to express where our Balıkesir has come from in the last 20 years, I would like to remind you of the works that we have gained, as a summary. In the last twenty years, we have invested a total of 50 TL in Balıkesir. We have added 4,448 new classrooms in education. We established Bandırma 17 Eylül University as the second university in our city. We opened higher education dormitories with a capacity of 8,279 for youth and sports. We built 37 sports facilities. In health, we allocated 78 health facilities with a total of 2,339 beds and 32 hospitals to Balıkesir, and a total of 4 billion resources for our citizens in need in social aid. We did not leave our citizens on the street. We were always by your side. We will be with you from now on.”

“We will build 3 thousand 900 houses in Balıkesir”

Stating that they have implemented a total of 11,814 housing projects in Balıkesir through TOKİ, Erdoğan stated that they will build 3,900 houses in Balıkesir within the framework of 250 thousand social housing, which is the first stage of the social housing project. Erdogan announced that 42 thousand applications have been made to the project from Balikesir so far. Stating that they continue to work on an area of ​​2 million square meters within the scope of urban transformation works, Erdoğan said: “We have completed Kızpınarı and İvrindi, one of the nation’s gardens that we will bring to our city. We also continue the construction of projects in Savaştepe Sındırgı, Kepsut and Havran. Do you know what was done to Balıkesir in transportation until 2002, that is, before we came to Balıkesir? 76 kilometers of divided roads. So what did we do? We increased this 76 kilometers to 690 kilometers. This is our difference. Where does the 106-kilometer section of the Istanbul-Izmir highway pass through Balikesir. We modernized the railways between Eskişehir, Kütahya, Balıkesir and Bandırma, Balıkesir Manisa and made them electrified and signaled. We brought in the Gökköy Logistics Center. The Osmaneli, Bursa, Bandırma, Balıkesir line, which will connect Balıkesir to the high-speed train networks, is currently under construction. As you know, we have 2 airports in Balıkesir. We built a terminal building with an annual capacity of 3 million for Koca Seyit Airport and 1 million passenger capacity for Balıkesir Airport. In addition to the dams and ponds we have built, we are building 9 dams and 2 more ponds. With the irrigation projects we have built in the last 20 years, we have opened 702,000 decares of land for irrigation. We will open 178 thousand decares of land for irrigation. We have protected 43 settlements and 429 thousand decares of land from flood damages with 58 stream rehabilitation projects we have built in Balıkesir and its districts. For Balıkesir, we provided agricultural support of 4 billion 600 thousand liras in total to our farmers. We established 4 new OIZs, 1 technopark and 10 R&D centers in industry and technology. We provided natural gas to Balıkesir and 44 counties, which have 244 natural gas subscribers. In the upcoming period, we aim to provide natural gas ports to Ayvalık, Balya, Gömeç, Manyas and Sındırgı.”