Use smart meters to save on electricity

You no longer need to guess which Contracted Power is right for you. This tip is only for those who already have the so-called “smart” accountants. In some cases, it is necessary to press a green button several times (this is my situation) until this value appears on the meter display. I’ll explain what you have to do to avoid paying more unnecessarily. At a time when electricity is very expensive, it’s another obvious way to save: don’t pay more than the power you actually use in your daily life.Also read: Watch your electricity bill

What is contracted power?

In a very simple way, it is the amount you are willing to pay to turn on several electrical appliances at the same time without the “go under” box. With 5 euros per month, practically any family hires 3.45 kVA, that is, they can connect appliances (I’m simplifying) until they consume 3,450 W simultaneously. the hair dryer that uses 2,000 W, is already using 3,000 W at that moment. If you turn on the microwave, even for a few seconds, and that represents a peak of more than 1,000 W, you will already reach the accumulated of 4 thousand Watts, or be, the frame fires because it crossed the threshold of 3,450 W. It is for comfort (or ignorance) that many families choose to have 4.6 kVA or 6.9 or 10.35 kVA. The higher the contracted power, the more you pay per month, naturally. Even if it doesn’t consume any electricity. Also read: How to read your electricity bill

The “new thing” (which has been around for years) is that the new smart meters (some) tell minute by minute what the maximum power was your home has spent in the last 30 days. Just spend a minute (literally) looking at your meter and you’ll immediately know if you’re overpaying your bill or not.The value that interests you is the one with the caption “1.6.10” underneath, which represents the Maximum Power reached in the last 30 days. In my case, I have to press the green button on the meter several times until I reach the code 1.6.10. As you can see (below), on the day I took this photo, in the last 30 days the maximum power I reached was 3.60 kVA. As I have a contracted power of 4.6 kVA, it means that I am at the proper level (3.45 kVA would not be enough or would be on the edge of limits). 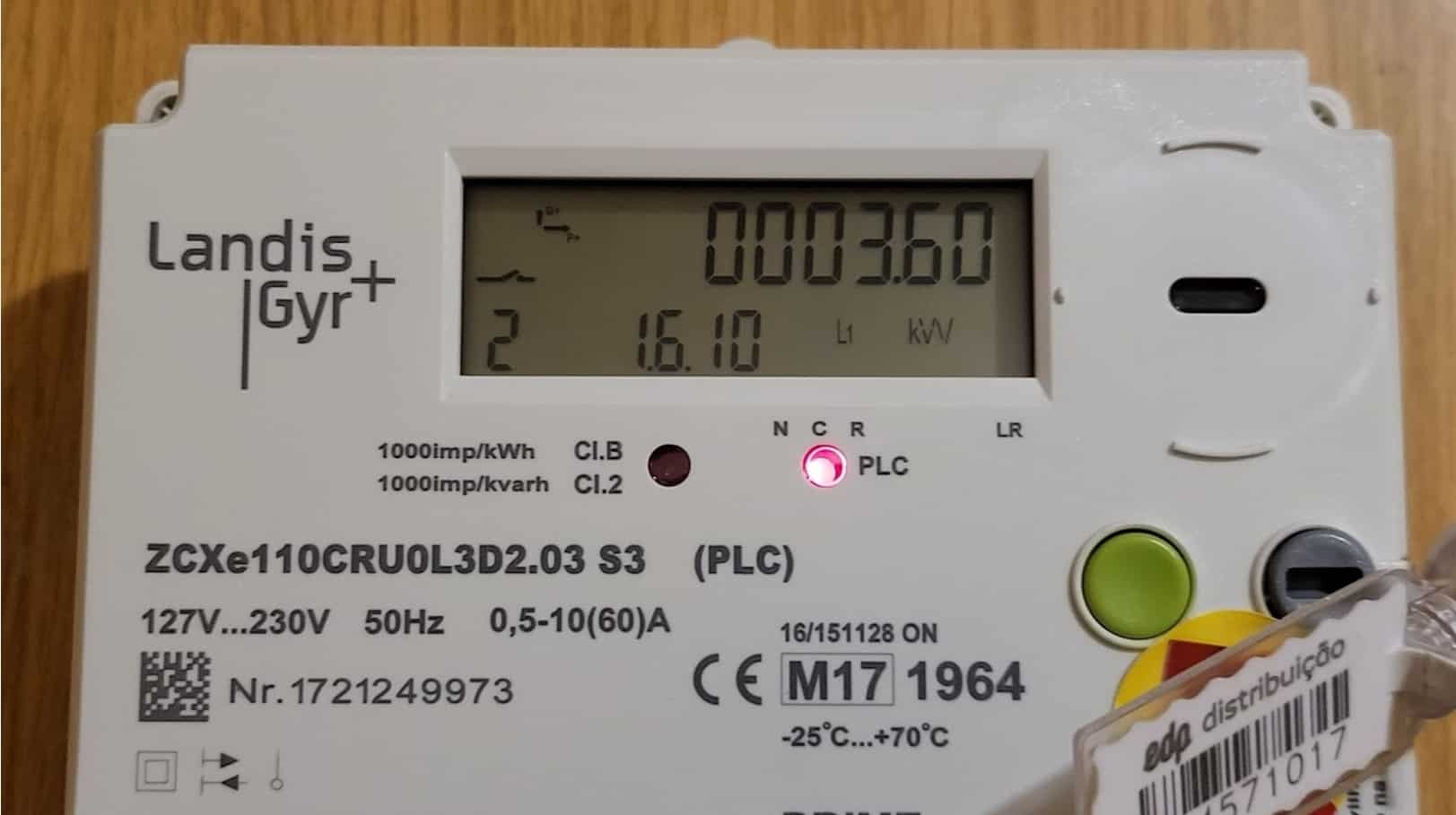 If, for example, I had a contracted power of 6.9 kVA and “4.5 kVA” appeared in field 1.6.10 on the meter, I would like to say that in the last 30 days I have never spent more than that of contracted power. Could calmly turn down the power to 4.6 kVA. See what appears on your meter. This information is very important to pay only what you have to pay for the contracted power, and no more. If the maximum value reached is much lower than the Contracted Power you have, it is high time you call your electricity supplier and ask them to lower one or two steps (or whichever is higher). are absolutely strict. It’s not about trying to guess which potency is best for you. It really is the ideal power for you. You just have to keep in mind that you should have the level immediately following the value given by the meter. I’m, of course, assuming you’ll see this in a month when you’ve used all the gadgets you usually use to the fullest. It has to be a representative month.Therefore, if you are already one of those who have been contemplated with smart accountants, take the opportunity to see if you have this information that is precious to you. If you are paying 3 euros more every month, we are talking about 36 euros more per year that are left in your pocket. It is the equivalent of 75 liters of milk. If you reduce the Contracted Power and pay 6 euros less per month, you can save 72 euros per year without changing anything in your life. See it there. Also read: How to choose the most convenient electricity tariff?

Pedro Andersson was born in 1973 and fell in love with journalism as a teenager, at Rádio Clube da Covilhã. He graduated in Social Communication at the University of Beira Interior and began his professional career at TSF. In 2000, he was invited to be one of the founding journalists of SIC Notícias. Currently, he continues at SIC, as a coordinating journalist, and since 2011 he has been responsible for the “Savings Accounts” section, dedicated to personal finance. He tries to bring the reality of everyday life to the reports he makes.

4 tips to increase professionalism in your first job