The donation of goods in life is the way we have to allocate our goods in life thus preventing our heirs from coming into conflict later on. By donating goods, you will be attributing to each of them the good they would like to keep (or that they have expressed an interest in keeping). But you can also donate goods to people or entities that are not your heirs. However, in either case there are legal limits and procedures that you must comply with. There are cases where donations are void and there may be taxes that the person receiving your good may have to pay. In this article, we try to answer any questions you may have so that you can then decide if it is worth donating your goods while you are alive. Also know that if you donate the house where you live, there is a way to continue living, until you die.

The donation is a act of will expressed by the holder of the goods, whether movable, immovable or money, with the aim of attributing the respective possession to the recipient.

What does the law say ?

Pursuant to article 940, a donation is a contract whereby a person, at the expense of his assets, disposes of something free of charge. Said another way donation is a contract whereby the owner of the good freely renounces ownership of the same good in favor of another person.Note that the donation must be made during life (article 946) and cannot be effected on future goods (Article 942)

Who can make a donation of goods?

The donation can be made by anyone, who, at the time of donation, have the capacity to make a contract and dispose of their assets. Read also: Qualification of heirs, how to do it? Know that you can reject the inheritance

Who can receive the donation of goods?

Can receive a donation any person (called a donee) who is not inhibited by law to accept the donation.the incapable person, that is, unable to hire (due to age or illness), you cannot accept donations with charges except through your legal representatives (Article 951) If you want to donate an item to a unborn child, you can do so if the future parent is alive at the time of donation. In this case, the usufruct of the property remains yours until the child’s birth (article 952). 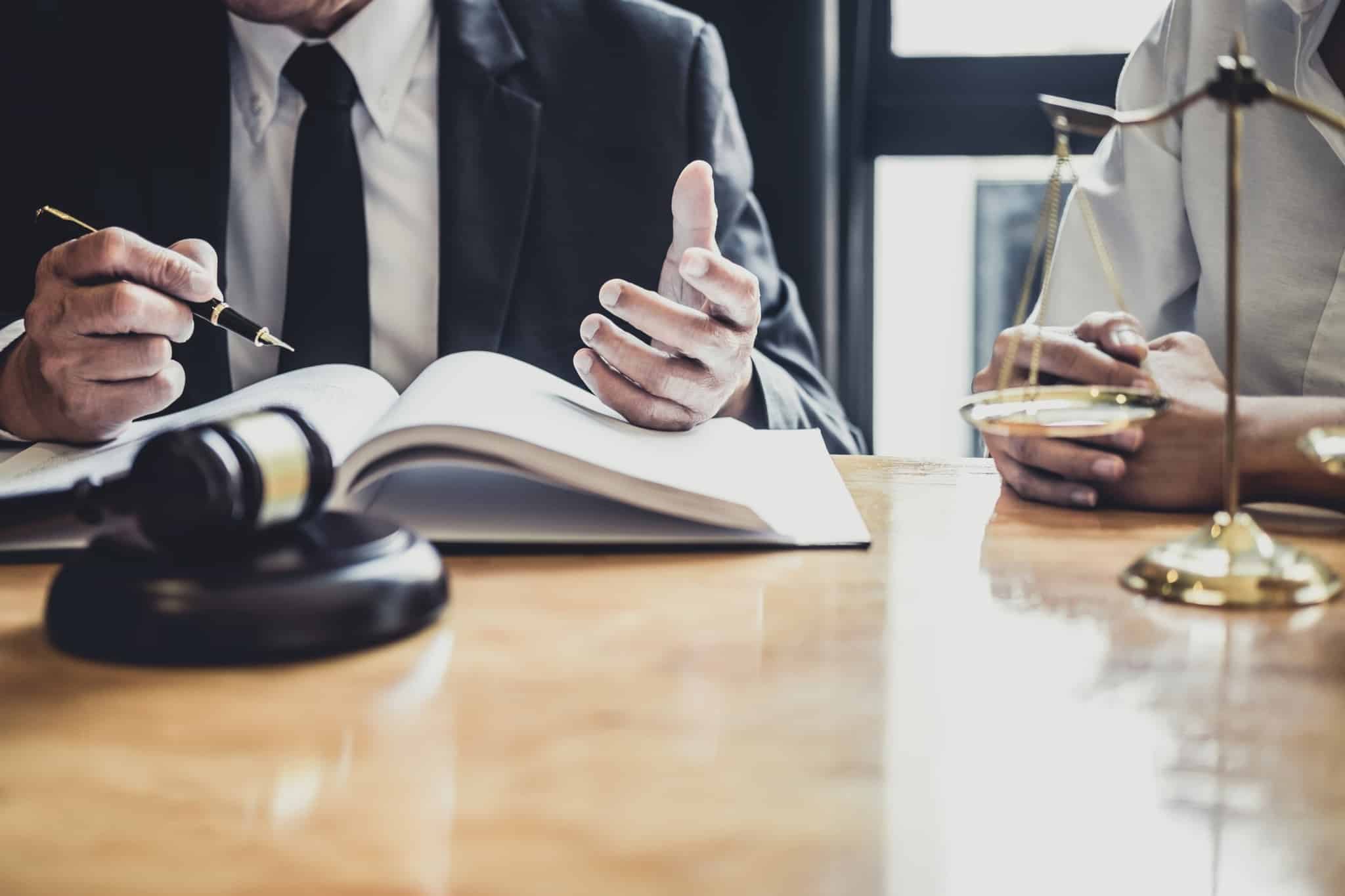 Male lawyer or Counselor working in courtroom have meeting with client are consultation with contract papers of real estate, Law and Legal services concept.

Is the donation of goods always valid?

The donation of real estate to be valid must be made in public deed or authenticated private document (Article 947). But the donation of a movable property does not depend on formalisms, however, to avoid future conflicts between the heirs, leave your wish written down.

Donation must respect the legitimate and available quotas

In order for the donation not to be contested by his heirs, it must be made in accordance with the rules governing the legal disposition of inheritances. her to whomever she wants. It’s called free quota. The remainder, that is, the legitimate share, must be handed over to their legitimate heirs, that is, to their spouse (or in a de facto relationship), children and parents. On the other hand, for assets included in the legitimate share, the donation of even in life must be done taking into account the proportionality defined by law. If it is not respected, after the death, the donation must be returned to the inheritance (collation) in order to make the respective legal sharing.ExampleThe father, already a widower, with two children, donates a property worth €250,000 to his eldest son during his lifetime. However, the totality of his assets only adds up to €400,000, which means that if nothing happens, the inheritance left to the other frill would be less than €150,000, which, in the eyes of the law, cannot happen. for inheritance, each one’s share being €200,000. The eldest son, if he wants to keep the property donated by his father, will have to give €50,000 to his brother.

Can the donation be void?

There are situations in which donations can be annulled by process brought by the heirs. Thus, they are considered void donations made:Between spouses married under a regime of separation of property To a doctor or nurse who treated the donor for an illness, the donation occurs during that period and the donor dies of the same illness.To a priest who provided spiritual assistance to the donor during the illness and the donor to the notary or lawyer involved in the deed of donation The mistress (in case of adultery) unless there was a de facto separation for more than 6 years, or on the date of donation the divorce was already finalized.

The donation is accepted by the donee upon signing the contract. But when you take possession of the good, you may not be able to dispose of it or have to bear the associated burdens.

If your parents want to donate a property to you because they decide to book a usufruct for them. That is, they can impose the condition of continuing to live in it as long as they are alive. Ie, you can only live in the house or sell it after the death of both.

On the other hand, check that when accept donation is accepting obin, but also the respective charges. For example, when you donate the house, it becomes your responsibility to pay the condominium and the Municipal Property Tax because the property becomes yours.

How to make a donation

As the donation of a property has to be made, as mentioned, by public deed (or authenticated private document) it is necessary to gather all the necessary documents that it takes place, that is: Identification documents of the donor and the donee Up-to-date land register Certificate of land registration content Housing (or construction) license The donation document must state whether or not there is a usufruct reservation. , ohThe applicant must arrange for the alteration of the house’s documentation at the Land Registry Office.

Donation of movable property may not need a written document. However, in the case of valuable goods (such as paintings) a written declaration must be made. Note that these goods are part of the donor’s patrimony, they may also have to be returned to the inheritance after the donor’s death. However, if they are other goods of lesser value, such as the dinner service, the donor may waive the collation, at the time of donation or later, expressly or tacitly. When this happens, if the asset has any monetary value, the donation is considered to be part of the available share of the inheritance.

Cash donation is another possible donation type. If you receive a donation of more than €500, you must declare it to the Finance since above this amount the donation will be subject to tax.

Donations are subject to tax

Living donations are included in the category of free broadcasts of good and, therefore, are subject to stamp duty. Thus, if you receive a donation, with a value of more than €500, you must declare it to the Finance Department through the filling in the Stamp Duty Model 1, but in case it is made to a spouse, parents, grandparents, children or grandchildren, they will not have to pay this tax. However, if the donation was made by an uncle or godfather, for example, then you must pay 10% tax on the amount donated. And if the donation is a property plus 0.8% of the book value.

If you donate a property donated to you, you become its owner have to pay IMI on the same. On the other hand, the equity value of this will be added to the value of the properties that it can eventually stop. So you can also start paying the Additional on Municipal Property Tax (AIMI) Read also: If I don’t pay the IMI by the deadline, what can happen to me?

Note, however, you do not have to declare the donation to the IRS as the donation is not income.But if you donate a property and rent it out, the income you earn is a source of income. Then, they are taxed at the IRS. A rate of 28% applies on the value, which may be lower if the lease has a term of three years or more.

Donation of goods can be revoked

The donation can be revoked if the beneficiary or his descendants die before the donor.But also may be by decision of the donor. For example, in the event of ingratitude on the part of the donee (Article 970), when the donee becomes unable through unworthiness to succeed the donor or when he may legally be disinherited (Article 974). revocation for ingratitude cannot take place if the donation is made for marriage or if the donor forgives the donee.